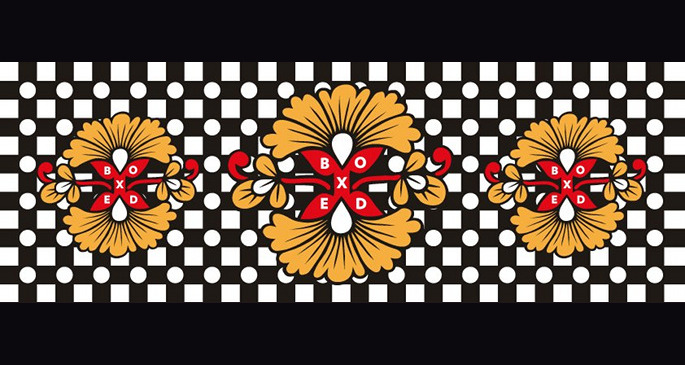 Wot u call it – a renaissance? Instrumental grime is sounding as vital and exciting as it has in years, with producers like Samename, Bloom, Slackk, Visionist and Rabit forgetting MCs and twisting the genre into brand new shapes. FACT’s Joe Moynihan speaks to some of the artists involved to find out what’s in the water (clue: it’s not a fatberg).

Grime has hardly been a steady ride. Its inherent unpredictability is what has often made the sound so vital and exciting of course, but its volatile nature means it has undergone more visible ebbs and flows than most of the UK’s dance music offshoots. Be it because of the best voices sacrificing their potency for major labels, getting swept away by lifestyle choices or whatever this was, you could understand how appreciation from its listeners during these ‘ebbs’ proved to be just as fickle. How many times have you revisited a Risky Roadz freestyle or an old pirate radio set on YouTube and the only sentiment in the comments is something along the lines of “before grime was dead” or “when grime was good”? I’m not saying that YouTube comments are definitive of public opinion or anything that daft, but it’s a shame to see the ‘flows’, be they subtle or tidal, go underappreciated or overlooked completely. Right now those sorts of comments seem more ignorant than ever as grime, in terms of its instrumental side anyway, is arguably as crucial it has been for years. This has been no small secret on FACT, but the sheer amount of producers delivering consistently ‘are you fucking mad’ material in 2012/13 deserves more publicty.

Even in grime, nothing pops off like this overnight, so where did it all stem from? If we look back to grime’s most significant trough, around the turn of the decade when YouTube had fully replaced DVDs, radio sets lost their sense of occasion and the MCs had all-but completely abandoned creativity, there were still notable instances of grime’s spirit being stoked. Butterz tapped into a clutch of experimental, lively producers and, to some extent, reinstated grime’s place on the dancefloor and on the airwaves. Less recognised in terms of its connections to grime (until recently) but equally instrumental in paving the way towards today’s sound was Night Slugs, whose appreciation of early grime’s makeshift production values, busy/spacious dynamic and run-down metropolis synths pointed towards its more oddball possibilities. While it thankfully remains impossible to define the sound which this current slew of artists is making in 2013, its blend of club-focused bangers and outside-the-box headmelters mean the combined influence of those two labels is undeniable. 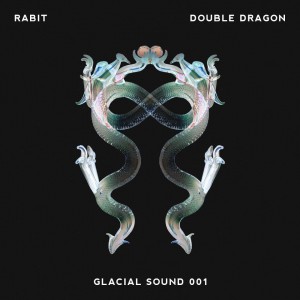 If Musical Mobb’s ‘Pulse X’ was year zero for grime’s first wave then I’d argue the current wave kicked off proper with Logos’ Kowloon EP, released on Keysound in 2012 (though it had been appearing in sets since ’11). Embracing the seminal eski template alongside the leftfield sparseness of Night Slugs and setting the whole thing in what felt like a dystopian hologram of Bow’s demolished flats, Logos created something that sounded, as grime once did – and at its best still does – like the future. Among others who have dabbled in instrumental grime since then, Moleskin has described Logos’ early grime tunes as “the catalyst that prompted me to experiment with grime”. It’s not at all surprising: try and listen to ‘Atlanta 96’ and not want to float in that space he creates yourself. “It’s not strictly grime,” Moleskin adds, “but it perfectly understands grime’s weightlessness and energy and it’s channelled with that in mind. For me, Logos’ music is king.”

Logos has attributed the uncertain period that followed dubstep’s downfall in 2010 as to part of the reason Kowloon came about. “It followed a period where I hadn’t finished much music [and] I was going out less,” he tells me. “At the same time there was this drop in tempo and the people I wanted to play my music were playing much less 140 and more house-influenced grooves. So I went back to my old Rinse FM rips, my grime DVDs and 12”s and decided I wanted to do something with the eski/8-bar sound palette but I deliberately dropped the tempo on the basis that I wanted to get people to play it.” By recontextualising grime’s key identifiers in a synth-driven 130bpm context, Logos spearheaded a collective of producers buzzing off grime, not to mention all sorts of personal influences, and getting frequent attention on Dusk & Blackdown’s Rinse FM show. Like Logos, Blackdown points towards an aversion to brostep and big room house, as well as the fact that “all those Wiley Kat instrumentals still sound ahead of the game”, as a key muse for these new grime mutations. The radio show, long-established as a platform for producers to experiment within the various strands of UK’s long underground dance music history but ultimately favouring innovation over nostalgia, has proved an ideal breeding ground.

“The invention and variation in what’s coming through from different angles is I think what’s interesting now, it’s the oddest it’s sounded in a long time.” – Slackk

“There is interesting stuff being done with grime as an influence in adjacent contexts, and that’s what we’re dealing with,” says Blackdown. “People like Visionist, Slackk, Bloom, Breen, Samename, Murlo, Rabit, Strict Face, Wen, Sublo, Gremino and Logos [are] trying different mutations of some of grime’s core components, alongside other ideas.” It’s those “other ideas’ that make each producer cropping up on Keysound’s Rinse show and, more recently, populating Slackk’s essential monthly mixes so noteworthy as individuals, while also contributing a sense of excitement to the scene as a whole. When I ask Slackk about the tracks he’s being sent for his monthly mixes, he explains that “the invention and variation in what’s coming through from different angles is I think what’s interesting now, it’s the oddest it’s sounded in a long time. Obviously I mean that as a compliment.” 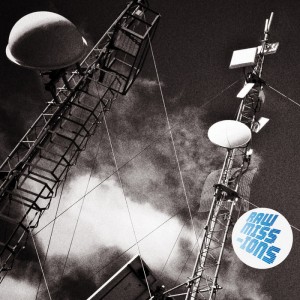 Variation barely scratches the surface. Slackk himself has experimented with everything from glowing freeze-pop to a more sinister approach to Eastern-influenced sinogrime; Murlo’s excellent forthcoming EP on Unknown to the Unknown sees a subtle re-appropriation of Wiley’s dustbin-lid snare within a rolling soca-meets-funky beat while flutes and strings go bananas; Rabit, a producer based in Texas who has just released his debut 12” on label Glacial Sound (based between Ireland and New York, so this is definitely not strictly a London ting any more), is so bloody out there in terms of syncopation you’ll struggle to dance without looking like a prat but the movement in his squarewave synths and potent sub-bass stabs will inevitably make you do so anyway. Elsewhere, Walter Ego’s recent EP for Coyote Records took crumbling, 96kbps-of-revenge stabs of distortion and terror and pitted them alongside bubblin’ and colourful Butterz-esque synths, and Wen’s ability to snatch the most evocative (not to mention gully as all fuck) vocal snippets and suspend them like ghosts being shot at with a low-end proton pack has basically sent all other producers cutting old radio sets up straight to bed. The point is, though this auspicious clutch of producers are drawing influence, be it pragmatic or explicit, from grime’s most recognisable signifiers, most of them have their own recognisable voice. And those mentioned so far are just the tip of the iceberg. Hey, that icy metaphor has rarely been so appropriate. 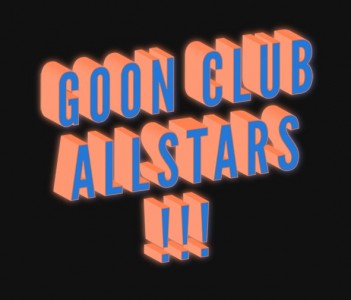 What makes these tunes stand out from grime’s first wave of instrumentals a decade ago is – ignoring the lack of MCs for now – their more intricate structures, song-progression and nuances. Few can rival Samename at this, who, in addition to building often-remarkable melodies in a hectic grid filled with ‘Ice Rink’ whips, handclaps and Japanese pop culture samples, is worlds away from two 8-bar loops. His contribution to Pelican Fly’s Feathers compilation, ‘Mishima Curse’, manages to recreate the ups and downs of an intense Tekken battle, with staggered builds, total drop-outs, hazy recoveries and – standardly – the KO. Refixes and bootlegs have seen a similar reinvigoration, with the original’s aggro loops replaced with dancefloor-friendly structures – see Moleskin’s ‘Pulsekimo’ refix of ‘Eskimo’ for example. “The kind of classic grime remix style really bores me,” Moleskin explains, speaking of his and Samename’s approach to remixing on the inaugural Goon Club Allstars 12”. “I think my favourite grime remixes are DJ Q’s remix of ‘Woo Riddim’ and Jammer’s remix of ‘Ice Rink’ because they all insert new energy into the original by completely reassembling them or recontextualising them, not just sounding like they played the original through a beat repeater.”

With all these producers feeding off each other and making tunes aimed more at DJs, dancers and each other than MCs, a club night that focused solely on this instrumental crowd was both necessary and inevitable. Enter Slackk, Oil Gang, Mr Mitch and Logos who have teamed up to form Boxed, a night dedicated exclusively to instrumental grime that this October will debut at Fabric. “I think that it’s been the case with grime for a while that the instrumental side of it has been quite unsung, which isn’t the case now,” says Slackk. “[There’s a] lot of good music and bar Butterz and a couple of other things there’s nothing really to represent that … We just wanted to do a night which was playing all the stuff coming through right now really, the idea is to just get the right people down, the people who, you know, get it.” Though he’s speaking about picking DJs in that last point, so far the crowds attending have been, for want of a better word, the ‘heads’, those that get it too. It’s dangerous to draw comparisons between the initial Boxed at Peckham Palais and the atmosphere of early FWD>>, but when you’re dealing with a bunch of largely familiar people losing their shit to strange music in a dark room, including Coyote Records’ Tomas Fraser claiming that his life has just changed forever, it’s hard not to think that a movement is coming. Of course, grime’s movement never really stopped, but the new instrumental wave is the most vital and healthy it’s sounded in years. In the words of a mate of mine upon first hearing Moleskin’s ‘Pulskimo’: “fucking hell … it’s alive”.

Interest piqued? Turn over to hear 10 tracks from some of the artists mentioned in this feature.