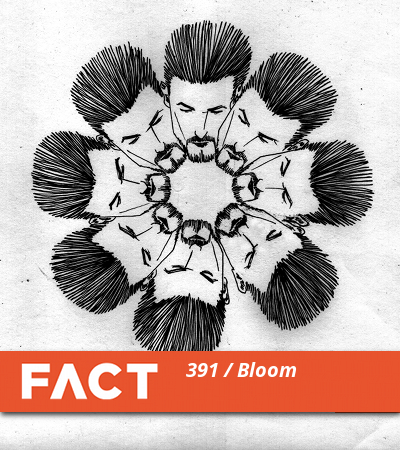 One of the best from grime’s new wave steps up.

It’s no secret that instrumental grime is in a great state right now. Half of the MCs might prefer to jump on trap beats these days (Jammer, we see you), but that’s just given the producers more freedom to get weird – Houston’s Rabit and San Francisco’s Sublo are flipping classic grime samples to make deep freeze symphonies, Slew Dem’s JT the Goon and Spooky seem to come with new heat every day, and Visionist’s crypt has emerged as one of the UK’s most constantly rewarding labs. Elsewhere, the likes of Major Grave, Logos, Inkke and Samename are making some of the most vibrant, hype music about, Mumdance’s mixtape Twists & Turns was an unexpected delight, and Slackk’s monthly mixes have become the essential platform for keeping up on new grime.

Then there’s Bloom. We hadn’t heard of Bloom until last year, when his ‘Quartz’ single arrived in our office and practically blew a hole through the wall. We asked if it had grime single of the year wrapped up in July, and it eventually came tenth in our 100 Best Tracks of 2013. This year, Bloom followed ‘Quartz’ with the equally impressive Maze Temple EP on Visionist’s Lost Codes label, and today drops a FACT mix that’s been in the pipeline for some time, drawing heavily from the current grime wave and the Night Slugs / Fade to Mind camp. There’s even an outing for ‘Love vs. Money’, which let’s face it, will never not be welcome.