The set times for Coachella 2015 are here.

This year’s edition of Coachella is set to take place over two weekends, from April 10-12 and April 17-19. The set times for this Coachella 2015 have been unveiled today, with punters having to choose between a couple of tricky conflicts.

Friday sees Jon Hopkins, Ryan Hemsworth and The War On Drugs all performing at the same time. You’ll also have to choose between Todd Terje or Tame Impala and Flying Lotus or MK.

Saturday sees FKA twigs, Jack White and Tyler, the Creator all performing at the same time. Belle and Sebastian also clash with Run the Jewels.

On Sunday, Drake performs without any conflicts although you will be forced to choose between St. Vincent or Jamie XX and Mac DeMarco or Panda Bear.

You can check out the entire schedule below (click images for higher resolution). 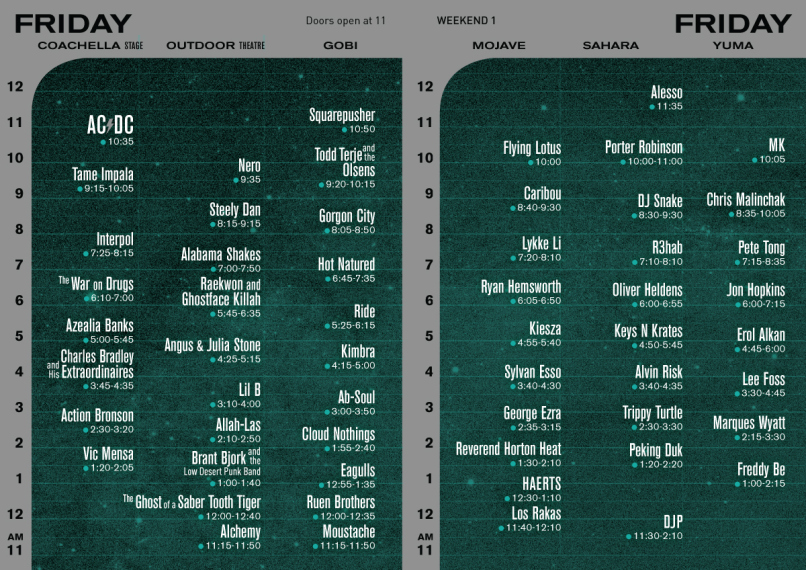 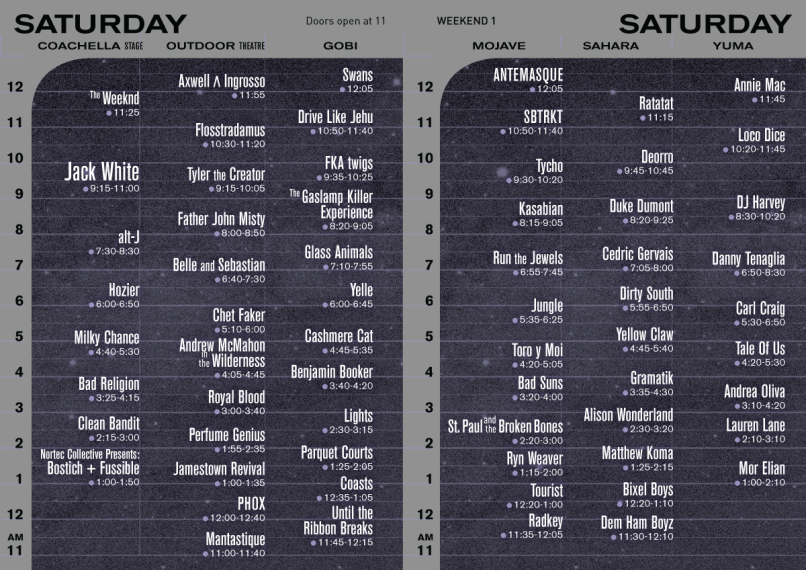 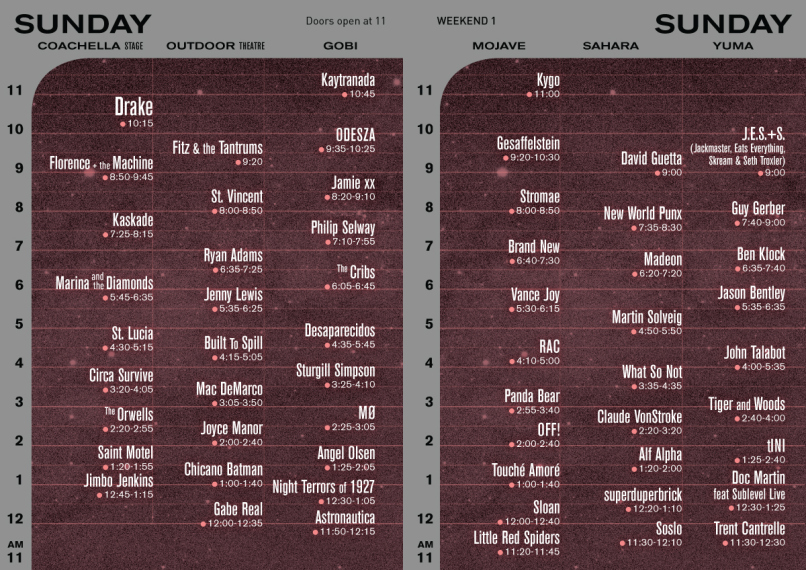