To give you a sense of how amped up I am about his potential response to Drake, I read this probable butt-tweet and was still like, “oh shit, something’s about to happen!” The mere fact that dude might have had his phone out, or that his social media manager might have his page open, was enough to pique my interest.

This time last week, I would have been surprised if you had told me I would still care about the Drake/Meek Mill beef in seven days. At that point, shit was largely an argument about the ethics of ghostwriting in rap, and a really dull one at that. A lot of musty old heads came out the woodwork to partake in the single worst thing about rap music: a discussion of what is and is not “hip-hop”. Meanwhile, shit was playing out like a reality TV plot, with some action at Nicki Minaj’s show in Brooklyn but no actual rapping. ‘Charged Up’ was just sleepy.

Then I woke up to Drake’s ‘Back to Back Freestyle’. That shit is nasty. Disrespectful. And with the kind of ominous, tense beat that could practically raise the stakes without raps on it. ‘Back to Back’ sounds like the point of no return, the moment at which de-escalation becomes impossible. It’s nowhere near as threatening as a Mobb Deep album cut, but props to Drake for even sniffing that level of menace. Because men are petty and the whole world is a pissing contest, Meek might be done as a rapper if he doesn’t respond.

I want to make it clear that my ability to enjoy this very public display of animosity relies on the relatively low potential for actual violence. Meek may be from Philly, America’s foremost destination to get robbed by a dusthead with a screwdriver in broad daylight, and of course Drake has hitters. But this is an argument about who can rap better and the whole world is waiting for more raps. Funk Flex was able to bamboozle thousands of thirsty fans into downloading his struggle app on the faint possibility he was holding Meek’s response. In modern hip-hop beef, music is often on an equal or lesser footing than stray shots on social media and various rumors about who was seen talking to police. This isn’t that.

But when I say “violence” I mean random gun violence or fisticuffs among weed carriers. That said, ‘Back to Back’ is full of the kind of shit you get hit in the face for saying to someone in real life. From the perspective of the fragile male ego, it might as well be a perfectly-landed right cross. It’s been a minute since we’ve heard anything this jarringly personal. Go back and listen to ‘Hit Em Up’ or ‘Dollaz and Sense’ or ‘The Takeover’; when Hov says, “I got stacks of money bigger than you,” you can practically hear the “OOOOOH!” and the teeth-sucking even over a decade later. I still get mad that anyone got conned into thinking Kendrick dissed anyone in ‘Control’ when he was literally shouting out his friends. On ‘No Vaseline’, Ice Cube threatened to sodomize MC Ren with a broomstick.

Of course, ‘No Vaseline’ is almost 25 years old. If it dropped today, it would be problematic to say the least, given that it’s mostly Ice Cube calling the other members of NWA “faggots” and clowning them for letting their Jewish ex-manager take their money (with emphasis on the Judaism). Even so, it’s not nice for Jay Z to make fun of Prodigy for being short or for Tupac to tell Big he smashed Faith Evans or for Slim Thug to call ESG a broke drug addict. I’ve seen a lot of fans rolling their eyes at Drake’s none-too-feminist attacks. Most men would give a limb for Meek’s wealth and talent, and to share a bed with Nicki Minaj; the only way to shame him is with the inherently misogynist idea that a man shouldn’t be in his woman’s shadow. It’s offensive for Drake to think that’s an insult.

The easy way out would be to defend all this non-PC talk with the boilerplate defense of free speech in art, but diss tracks don’t work that way. They don’t have a bigger purpose that justifies testing the limits of acceptable behavior. They exist strictly to hurt someone’s feelings. Pure rap beefs are big petty dick-swinging contests that show once again that men will fuck up their whole lives to save face; collateral damage is not a big concern.

Drake has never been the best feminist ally, but in this context his disrespect could take the conflict to another level. And that’s a rarity in modern hip-hop. 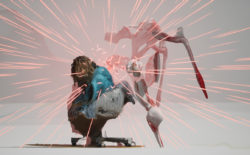 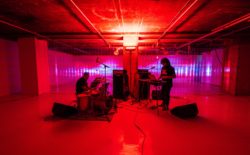