Meek Mill has claimed Drake doesn’t write his own rhymes.

The Philly rapper fired off a barrage of tweets last night, first complaining of being compared to Drake, then saying he would have removed Drake’s verse from his album if he’d known it was ghostwritten.

Read through Meek’s timeline below – there’s even more on his Twitter.

The Toronto rapper appears on ‘R.I.C.O’ from Meek’s latest album, Dreams Worth More Than Money – check out FACT’s review in the Rap Round-Up. 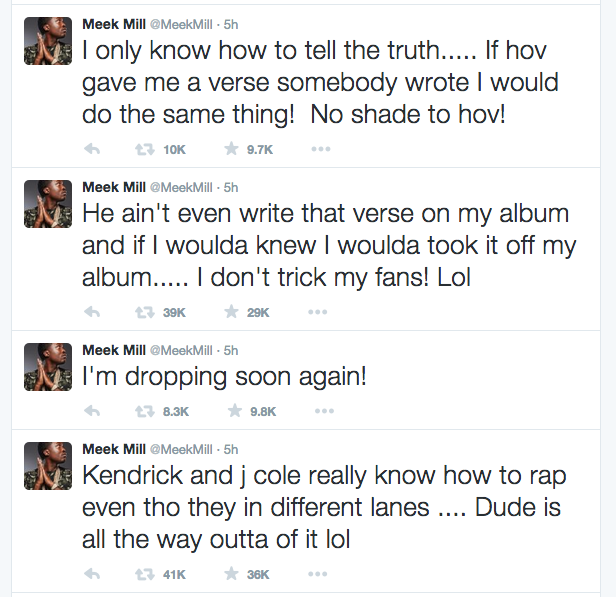 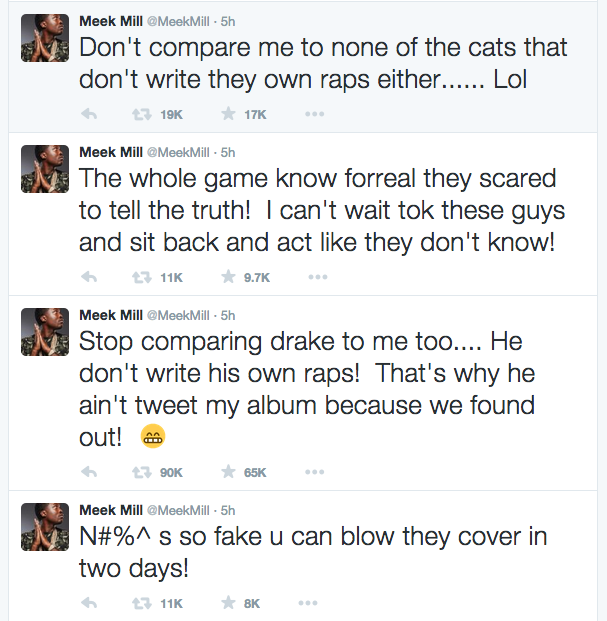