“Bring on the automaton robot workers to replace us”: Willow Smith, Charli XCX and more reviewed in the FACT Singles Club 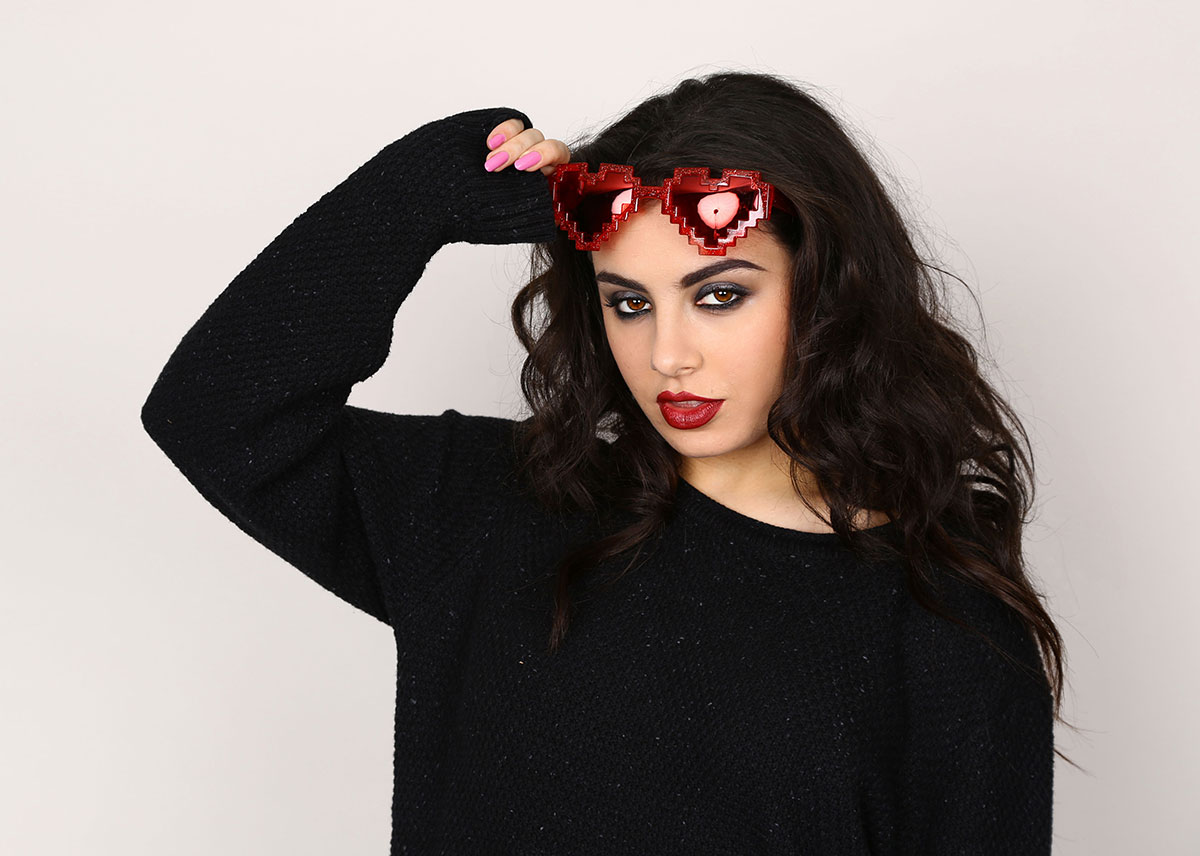 With the way individual tracks are now consumed, the idea of what constitutes a single has shifted dramatically in the last half a decade, and its for this reason that the songs reviewed across the next pages are a combination of 12″ vinyl releases, mixtape cuts, SoundCloud uploads and more. Up this week: Pusha-T, Katy B, Charli XCX and more.

Claire Lobenfeld: Push and The-Dream are two people I need a lot more from in the new year, so this is a welcome bit of news to wrap up 2015. Having Terius on full production for the album should be super focused, if this is a proper preview of what’s to come. But the line that keeps sticking to me is: “No retirement plans, no Derek Jeters / We all know I did it, Rodriguez” because it’s the exact perfect way to make a sports tautology cultural criticism, flipping A-Rod’s use of PEDs on its head and making it a pure flex. And that’s one of Pusha T’s hugest values—his calm turn of phrase. I still maintain that Malice is the better rapper of the two, but any time a member of Clipse is releasing music, I’m there. (7)

Daniel Montesinos-Donaghy: This is another Pusha solo cut: sneaky subliminals against Young Money, dope-selling metaphors, touches of chunky musicality to an already glossy beat. I’ve already expressed my qualms about why Solo Push doesn’t work for me, but this is way easier on the ears than last month’s ‘Untouchable’. The-Dream is kind of a non-factor here, but helps to create a solid mood by half-mumbling his hook as if he’s woken up. This is a grower, but nowhere near as exceptional as a Pusha T song should really be. (6)

Tayyab Amin: Pusha T’s rap sermons are so educational and explanatory, listening is like starting an internship. His methods are tough just like the subject matter, so it’s more like Training Day. But the way he plays himself as the honourable last of the old guard, turning tropes into life lessons with a knowing, experienced tone – it almost feels familial. So basically Denzel’s your uncle. (8)

Son Raw: Rap and buuuuuuullllllllshiiiit. The-Dream’s featherweight vocal stylings do nothing for me here, and only serve to undermine Pusha’s drug dealer boasts. Rap classicists can rail all they want against Thugga and Future’s vocal innovations, but their fusion of rapping and singing is far more interesting than this kind of label-mandated clusterfuck. (3)

Tayyab Amin: “Let’s be real now / Let’s just keep it 100 baby” are words I can’t take seriously coming from R. Kelly’s shady mouth. This track’s pace makes it sound rushed; it feels too flimsy to bookend the album well. These aren’t vocalists I want to hear barking lyrics out, and some of the melodies are a shower-singing kind of impulsive. I definitely don’t think this style is R. Kelly’s forte. Bieber, on the other hand… (5)

Son Raw: I hope for Tinashe’s sake that she wasn’t in the same room as Kellz when they recorded this – that’s an uncomfortable mental image to say the least. Unfortunately, if you’re one of the people whose conscience prevents you from ever enjoying R Kelly’s music again (fair play), he’s still an unbelievable songwriter and vocalist, and he’s not letting anyone forget it about it with this one. (6)

Daniel Montesinos-Donaghy: Tinashe – a modern R&B singer unafraid of emotional or sexual complexity who is never far from leaning on her natural goofiness – should be able to make sparks with Kellz, especially when mining the same approach of this year’s Chris Brown collaboration ‘Player’. However, Kellz is still stuck in the Grown Folks Only zone from his Write Me Later period, which jars against his guest’s comfort zone of pulsing beats. For a song about lovers trying to work it out, the performers simply shouldn’t sound like ships passing in the night. (5)

Katy B – ‘Calm Down’ (feat. Floating Points and Four Tet)

Son Raw: Katy B’s settled into a chameleonic career adapting to the whims of London’s club scene and translating them into great pop music, and to her credit, she almost always gets it right. This is as tasteful and as academic a backing track as you’d expect from Floating Points and Four Tet, with none of the dubstep or funky grit that coloured her earlier work, but it keeps those genres’ swing and darkness and that makes all the difference here. Wonder how much that string arrangement cost? Sounds expensive. (7)

Daniel Montesinos-Donaghy: Sometimes, we as critics say that an artist can smooth out adventurous music to become more accessible, or ‘listenable’ if you will. Katy B does that, but it never appears as though she’s commodifying the elements of dance music that she’s working with: she’s just utilising them to write really, really good songs. (7)

Claire Lobenfeld: Four Tet and Floating Points came in so tough on this that it almost didn’t even need the vocal tracks – elastic in all the right ways and the strings a welcome flourish. But Katy B has one of my favorite voices and the more she is layered onto the cut, the more I keep drooling on myself. A hit, for sure. (8)

Tayyab Amin: Me up until the strings motif:

Tayyab Amin: It’s been a long time since I’ve enjoyed a Charli XCX track. I welcome the feeling, even though I suspect it stems from a pre-chorus that screams Haim. Mr. Oizo’s colourful selection of textures and Charli’s singing are cute and playful, and they’ve balanced the track so that her shouts are less abrasive compared to her other material. Pop that’s welcomed rather than intrusive. (7)

Claire Lobenfeld: This is one of those songs that makes me grapple with how I should approach my critique: Do I Like It vs. Is It Doing Everything It Is Supposed To Do? The answer to the latter is, absolutely, yes. Does it sound like a perfect Ed Banger track? Yes, it does! Is it a seamless synthesis of Charli XCX’s, MNDR’s, Andrew Wyatt’s and Rostam’s respective songwriting styles? Holy shit, yes. And how they were all able to do that without it becoming total gobbedlygook is pretty incredible, although it sounds like MNDR did most of the heavy lifting here. As for the former? Well, I hope someone else hears it and knows that between this and ‘Kimono’ that they should be giving MNDR all the money to write all the pop songs. But I don’t need it. (6)

Son Raw: Oizo rides that fine line between mind-blowing and irritating and Charlie XCX charges in and shoves him towards the later with decisive gusto. Time to drag that pop-trap sound palette out back and mercy kill it, 2016 demands it. (3)

Daniel Montesinos-Donaghy: I do enjoy the off-kilter sounds utilised here in between Charli’s sultriness, but this is XCX-by-numbers, Special Internet Collabo or not. (5)

Son Raw: See, PC Music? See how much better life is for all of us when you make actual, enjoyable pop music instead of some annoying little shit’s piss-take art project version of the style? I’m unfamiliar with Chris Lee but she’s got a lovely voice and managed to spin gold out of a collective I previously assumed was unsalvageable, so all credit to her. (8)

Claire Lobenfeld: This appeals to me a lot, despite being someone who has publicly reviled most of PC Music’s output. It leads me to believe that I would dig their aesthetic a lot more if it were more restrained. Some of the vocal manipulation is still annoying as hell, though. But being able to hear the details of the production instead of it kicked into chipmunk overdrive is appreciated. (5)

Tayyab Amin: Hyperpop – which I’ve come to think of as PC Music’s hallmark – is totally absent from this. Perhaps PC Music aren’t defined by their accelerationist aesthetic, in which case I hope all that doesn’t just leave lukewarm, lacklustre if perfectly functional pop like this behind. If it’s a slow-burner they’re going for, they’ve missed the mark and landed in that pleasant, mildly interested brand of excitement that you get from advert music. (5)

Daniel Montesinos-Donaghy: Li Yuchun is a famous Mandopop singer that has both appeared in a Tsui Hark film and made a listenable song on PC Music, so she’s effectively the coolest person on the planet right now. Promising stuff. (6)

Son Raw: How is it that Li Yuchun’s got a better grip on English pronunciation than Willow Smith? I’m going to pay for that last line, but fuck it. All gentle ribbing aside, if you can get past the fact that this is what a stoned teenager’s version of profundity sounds like, it’s actually a dope experimental pop song. It’s easy to be dismissive of the Smith kids’ complete rejection of commercial art given that they’ve never had to worry about money a day in their lives, but if this is the music of a post-scarcity world, bring on the automaton robot workers to replace us. (8)

Claire Lobenfeld: Listen, I’m still horribly freaked out by those oversexualized pics of Willow with the old-ass dude who played Rico on Hannah Montana when they were first running their crystal cult with Jaden and the Jenner sisters, but Willow’s musical instincts remain undeniable. When it first started, I bristled a little bit at the vocals before she really starts to wail, and then she doubles down on the promise of what was to come based off of last year’s cover of King Krule’s ‘Easy, Easy’. Whatever cocktail of Björk, Sia and CocoRosie she’s drinking, I’ll have a glass. (7)

Tayyab Amin: I’m one foot in, one foot out when it comes to what I’ve heard of Willow’s music, which often writhes and refuses to rigidly conform to pop’s sensibilities. It doesn’t feel self-indulgent at all, however – it’s quite fun following her exaggerating enunciations and switching up beats. I’m into the production, but the melodies have a tendency to wallow and wither. Sitting between Kate Bush-via-Lorde and The Internet, she seems to have conviction in her own vision but that clarity isn’t fully there for listeners. (6)

Daniel Montesinos-Donaghy: Shout out to Willow Smith for making about eight genres in the same song at the one time. I don’t know if these pieces coalesce entirely, but the way each element mingles with another seems to nod towards an interesting stroke of ambition. Or it could be a mess. I’m fine with either at the moment, really. (6)