The opening years of this decade have seen a flood of new rappers breathe life into hip-hop’s holy city.

With the internet on command, their ears finely tuned to regional inventiveness, and the weight of New York’s history sewn into their ethos, they’ve tasked themselves with putting the East Coast back on the map. Pitching up somewhere between Joey Bada$$’s strictly golden age stylings and A$AP Rocky’s Southern-swaddled Harlem joyride are Flatbush Zombies. Having emerged under the Beast Coast moniker – a catch-all for artists representing the Flatbush neighbourhood, including Pro Era and The Underachievers – the trio’s early output has seen them pay their respects to the gods that came before without chaining themselves to the altar.

Building on their impressive early mixtapes, their first official album, 3001: A Laced Odyssey, sees Flatbush Zombies step in the arena. The group’s production centre Erick ‘The Architect’ Elliott delivers everything from cinematic instrumentation (‘The Odyssey’) and classic boom-bap (‘RIP CD’), to rattling Texas bounce (‘Ascension’), while their lyrics veer from biting political insights and bluesy torment to wacky drug nods. Gearing up for the record’s release, The Architect, Big Meech and Zombie Juice spoke about some of the record’s standout cuts, why they’ve stayed away from record labels, the death of physical music, and their surreal run-in with Spike Lee.

“Everybody feels like the underdog at some point. The world is full of haters.”Meechy Darko

The Architect: I think the mentality going into it was to make something we can all be proud of. That’s no different than any other mixtape that we made, it’s just this was to be sold. The same amount of heart and want is there. It didn’t make a difference to me whether we do an album or a mixtape, just that we deserved the opportunity to do it.

You put this out on your own label, The Glorious Dead. Is it important to you to stay independent like that?

Meechy Darko: Hell yeah, man. We don’t want nobody telling us what to do and how to do it. We like to be very hands-on, everything from merchandise to our videos – everything. We rather build our own machine over here than go somewhere else and have somebody try to pick apart pieces of us and tell us what to do and how to look and all that bullshit.

Zombie Juice: Labels kind of fuck people over in the music industry, literally. No matter how rich you think somebody is, the label’s probably deep into their pockets.

Is that something that you’ve learned over the years, or were you very single-minded when you started, saying, “We want to control our own destiny”?

TA: Us as individuals, we like to be in control of our lives. We don’t want anybody telling us what to do to or how to feel or what to wear. So of course, in business it’s going to be the same shit. If you live it, that’s going to be the thing that you’re good at [laughs]. We make good music.

The album opens with this kind of post-apocalyptic vision of “a world full of haters”. Did you guys feel like you had detractors you needed to answer? Like you were the underdog? 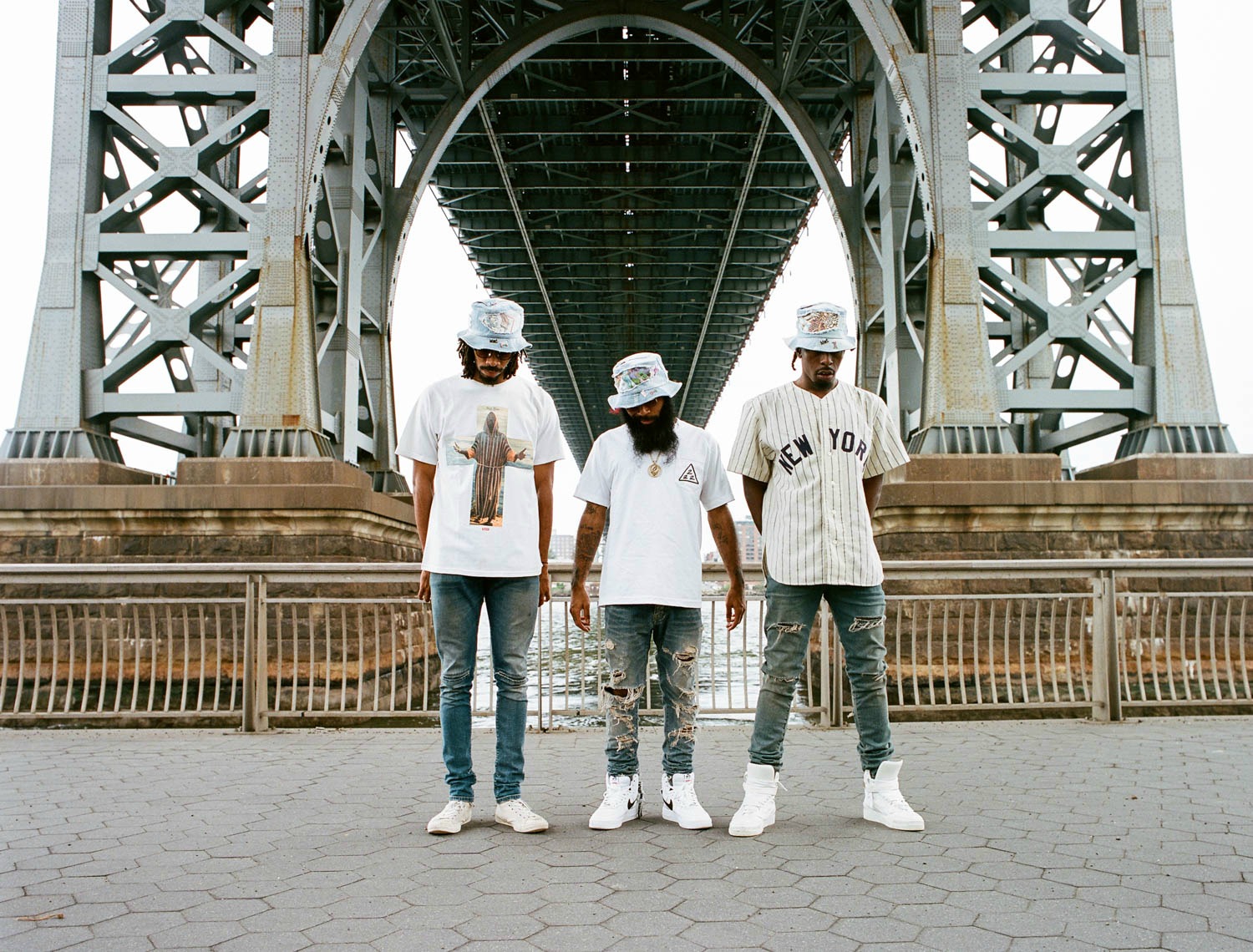 “Spike Lee totally ignored everything I said. In my head I was like, “Wow, he just curbed the shit out of me.”Meechy Darko

That underdog mentality feeds into maintaining independence. Your album track ‘A Spike Lee Joint’ mentions being “unsigned and independent”. Has he been a particular influence on you?

TA: He still talks about Do The Right Thing to this day and that’s real!

MD: The scene with the ladies screaming, ‘No!’ I would play it mad loud and blast the volume and just throw Erick’s house and his old family [into disarray]. I love Jungle Fever. I love all his films – not all of them, but most of them.

But I was walking around the neighborhood with my dog, it was a hot summer day and there’s a block called Do The Right Thing [Street]. I happen to see Spike Lee on Do The Right Thing [Street], what are the fucking chances of that? So I see Spike Lee and I say, “Yo! What’s up man. Respect.” I hit him with the strength, rasta blessings. I didn’t say, “What’s good my nigga? What’s popping? What’s cracking?” I said, “Blessings, respect, I respect you.”

The man looked at me, moved to the side and looked through me, if that makes sense. He saw me, and then he moved to the side and looked at his man that was behind me. He totally ignored everything I said. I just laughed. In my head I was like, “Wow, this is actually very funny because I’ve admired this man’s work and I looked up to him at some point in my life, and he just curbed the shit out of me.”

When I went home I was mad and I wrote a full song about how much I hate Spike Lee. From that we decided to name a song ‘A Spike Lee Joint’ instead of being ignorant and killing him in a song, I’d rather kill him this way.

One of those don’t meet your hero type deals, I suppose.

There’s the Spike Lee acknowledgment, and you’ve got a beautiful superhero cover. The ‘Bounce’ video takes a lot of influence from B-movies. Is that aesthetic important to you, and pulling in all these forms of visual media to put them into your music?

ZJ: Yeah, I think that’s very important. We sat down and planned the album cover out. There’s so many different things going on on the album cover. There’s aliens taking cows, cops shooting people, there’s us looking badass. So we just thought that it would be good to express ourselves.

MD: The motherfucker who drew the shit does art for Marvel Comics. That’s a big deal. We didn’t just get a homeless man on the corner of New York City and get him to draw us as superheroes. To have somebody from Marvel Comics do something for our album is very beautiful. It means a lot.

David Nakayama right? I think he did Deadpool before. 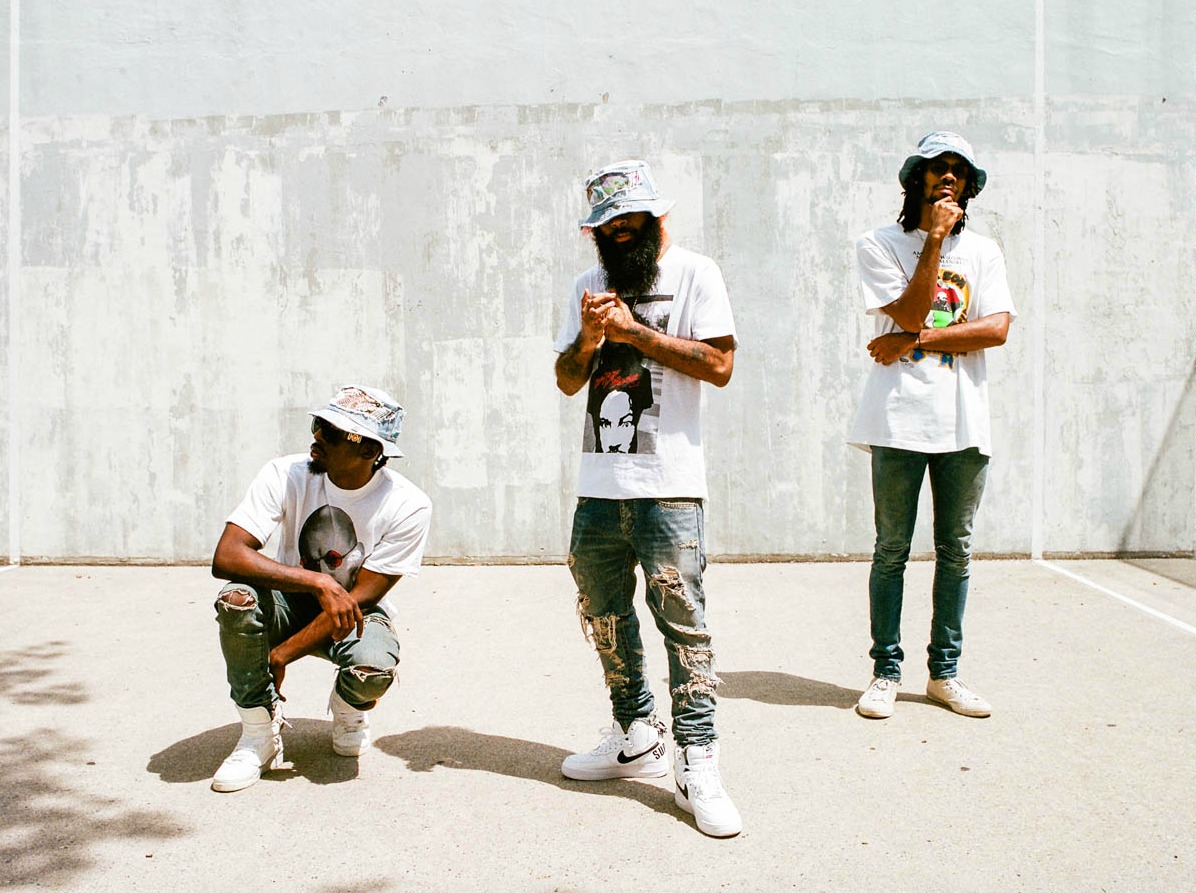 “It was important to me to produce the whole album because it’s a statement. I wanted to show that I can do something that most people can’t do”The Architect

On ‘RIP CD’, you’re looking back to the physical format. Do you mourn the CD?

TA: I’m big into vinyl. I was really raised on the earliest forms of music being on tapes. My dad had one of those big-ass digital disc players, whatever that shit was called. So I was raised on the tangible, real shit, and when I finally got a cassette player, that changed the game. I was like, “Damn, you can record and do all this shit?”. And then the CDs came, and CDs fucking exploded. Everybody had CDs, who didn’t have CDs in their fucking house? Now it’s not as common.

Some people buy CDs but they don’t have anywhere to play them because all these new computers don’t have CD drives. Is that done intentionally to deplete the CDs? Are you trying to erase what CDs give you, the happiness they give you, to give you digital satisfaction? Are we ok with that? And that’s all I’m trying to say. I’m not shitting on digital stuff really. It’s just more like, “Yo, are you ok with something that’s part of the past being removed from our present right now? Are you cool with that?” If you’re cool with that, cool. But I’m not cool with that.

You guys have used other producers in the past, but Erick, I think you’re the only beatmaker on this? Was it important that you did that?

TA: As a group, I don’t have to make every beat, but I think the producer dictates the sound. So even if someone else were to produce for Flatbush Zombies, I’d still have to be there for the sound, I feel. I think that’s important for our career. I don’t’t think there’s anybody like us. We’re self-sufficient. The producer dictates the sound. So yeah, it was important to me to produce the whole shit because it’s a statement. I wanted to show that I can do something that most people can’t do, and we can do something that nobody can do.

On ‘A Spike Lee Joint’, you shout out Eazy-E and Biggie, and you had ‘Glorious Thugs’, a take on Biggie’s ‘Notorious Thugs’, a couple months back. You guys are seen as hip-hop purists – do you see yourself as coming from that lineage?

ZJ: Hell yeah! We were raised on all that music.

MD: All three of us, one artist that we commonly all agree on that we all love equally much is Notorious B.I.G. That kind of shit is what we grew up on and that kind of shit is what helps make us better MCs. Not even as an MC, just as a fucking listener. It made me really love the genre, really love the culture and want to be a part of it. It made me feel like I was part of it when I listened to the music and that’s why he’s my favourite. Nobody is going to be on top of B.I.G. to me no matter what. You could be the new best artist on planet Earth, sorry.

I’m interested as well in the LA influences that sometimes show up.

MD: That shit is good music, hell yeah – we’re influenced by Eazy-E, Snoop Dogg, Dr Dre and Ice Cube. I don’t give a fuck what culture niggas from. The first time I heard [Geto Boys’] ‘Mind Playing Tricks On Me’, you think I knew these niggas were from the South? It didn’t matter to me, I didn’t care about that. I didn’t care about it as a kid, ain’t no reason to care when I’m part of the culture right now. I don’t give a fuck about any of that.

Bringing things to the UK, you recorded a song with Skepta not that long ago. How did that collaboration come about and how did you find working with him?

TA: We went to Paris. Fuck, I don’t even know how long ago this was but it’s got to be almost two years ago. We were staying at the spot, whatever. [I heard] Skepta was in the studio. I was like, “Let’s get it.” We got there and we were hanging out. We were actually listening to the same freestyles we were listening to in New York where Wiley goes off on Tim Westwood. I was just like, “Damn, we’re playing that in New York, they’re playing that here, this is crazy.” We were playing some beats and there was one track that he liked and that was the ‘Red Eye to Paris’ beat, and we made the song. We had never met each other before but it was a very familiar musical relationship. We don’t usually collaborate with people like that.

ZJ: We had some Thai food.