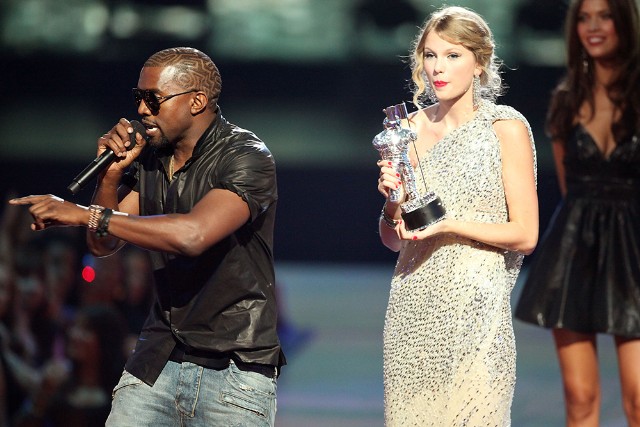 Kanye West played The Life of Pablo for the first time at Madison Square Garden and is now premiering the first video from the album tonight (June 24) at The Forum in Los Angeles.

The video for ‘Famous’ will debut at 7PM PST/10PM EST, but you can watch the event as it fills up now without having to sign up for Tidal. Scott Disick is there!

It will be interesting to see exactly what happens in the video as the song has been generating narrative once the lyrics (“I feel like me and Taylor might still have sex / I made that bitch famous”) leaked before Pablo’s release. Kanye said he had gotten Swift’s blessing, which she vehemently denied. In a recent profile of Kim Kardashian in GQ, she alleged that Swift not only knew about the lyrics but demanded that footage of her giving her approval be destroyed. This could get weird!

Watch Aziz Ansari and Eric Wareheim’s unofficial video for the song that they made while filming season 2 of Master of None on location in Italy below while you wait.

Update: The launch is delayed by 45 minutes, but you can still watch Scott Disick and French Montana hang out with each other.

YE said we have to hold it 45min cause of traffic so everyone who bought tickets can come … RESET THE TIMER pic.twitter.com/HOyBLhj0xC

Read next: Why Kanye West’s The Life Of Pablo could be a turning point for troubled Tidal