The refugee crisis, Black Lives Matter and changing face of New York helped Alicia Keys unlock a new sound and spirituality on her latest album. The R&B icon explains where we go from Here.

Every day is a near-death experience in Alicia Keys’ “dark, desolate, beautiful” New York. It was in an elementary school car park that the revelation struck. “I’d just dropped my son off for class this one time, and I read the illest article. So, the average American lives 76 years. But break that down to days, and that’s only 28,000 days on this earth,” she grins, slowing those last few words to a crawl for impact. 76 years sounds like an eternity. 28,000 days? That seems far more fleeting. “Time, man,” she laughs. “Time is not to be fucked with.”

This epiphany lit a fire within the R&B icon, who wrote a song about it, presumed by many to be the first single from and blueprint for her upcoming sixth studio album. Instead, the fiery, danceable gospel of Here, released this week, is as much fueled by fury at the thought of those never given a chance to make it to that number – the men, women and children not allowed anywhere near 28,000 days on this earth. From soulful single ‘Hallelujah’, about the refugee crisis in Syria, to tracks informed by war, police brutality and the “school-to-prison pipeline” for young black males, it’s a record on which Alicia, for the first time, feels “ready to speak on what’s happening” in a divided election-time America and beyond. There’s happiness, hope and healing on Here too. But make no mistake – this is an infectiously fired-up Alicia Keys unlike we’ve seen before, whose frustration at the systems ending lives before they really begin can no longer be contained.

“My sister asked me if I was ready to be the Nina I was born to be, the Bob I was born to be, the Lennon I was born to be. Because the time is now. We’re living through it. The world is fucked up,” she says, her voice crackling with anger. “It’s backwards, and it’s getting more backwards, blatantly backwards, than I think it’s ever been before. But it’s actually a good thing I think, in a strange way.” Until recently “the world and especially America did a really good job at covering up and hiding” the kind of racism currently living out in the open, she suggests. “But now that the veil is gone, there’s no hiding anymore. We can actually attack it.”

Keys may talk up this new release as coinciding with something of a personal political awakening. But dig beneath the tabloid headlines – her marriage to rap producer Swizz Beatz, her Nietzsche-referencing speech at the launch of Tidal in 2014, and most recently, her public decision to stop wearing makeup – and she’s always appeared awake to the horrors of the world. The 35-year-old spent her son's sixth birthday in 2014 outside the Nigerian consulate in New York, protesting the Boko Haram kidnappings in Nigeria. Last year, she raised $3.8m for AIDS awareness in one night at her 12th annual Black Ball in Manhattan. In 2008 she was hailed by black rights groups for telling an interviewer that Tupac and Notorious BIG were "essentially assassinated, their beefs stoked by the government and the media, to stop another great black leader from existing”, though she later claimed the comments had been misinterpreted. For someone so plugged in to and outspoken about human rights issues, Here is the first time that hunger for change has spilled explicitly out into her music, on an album that doubles up as a return to her hip-hop-infused New York roots. She says it collects the sounds, stories, struggles and sunshine of a place she likens to “an electric painting... this explosion of people, accents, sounds and smells of people the cooking in the street. Those dudes with the pretzels! Oh man, I love the pretzels.” 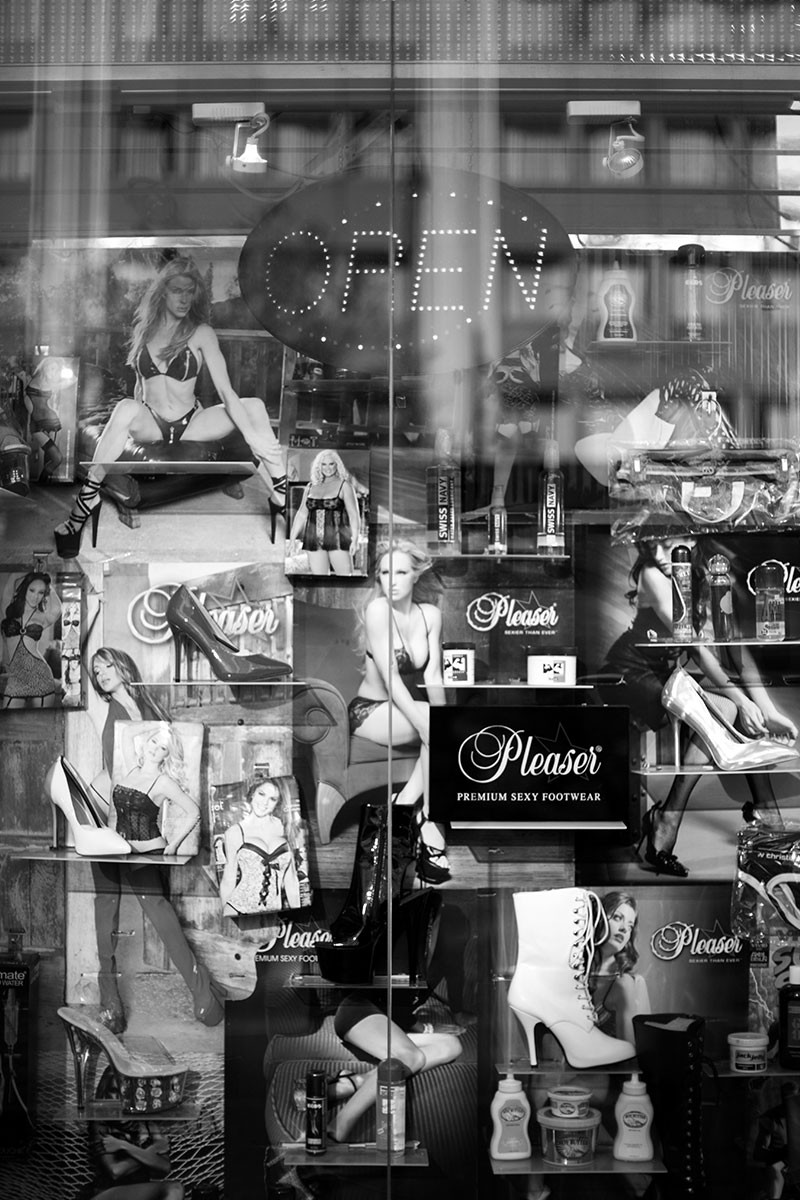 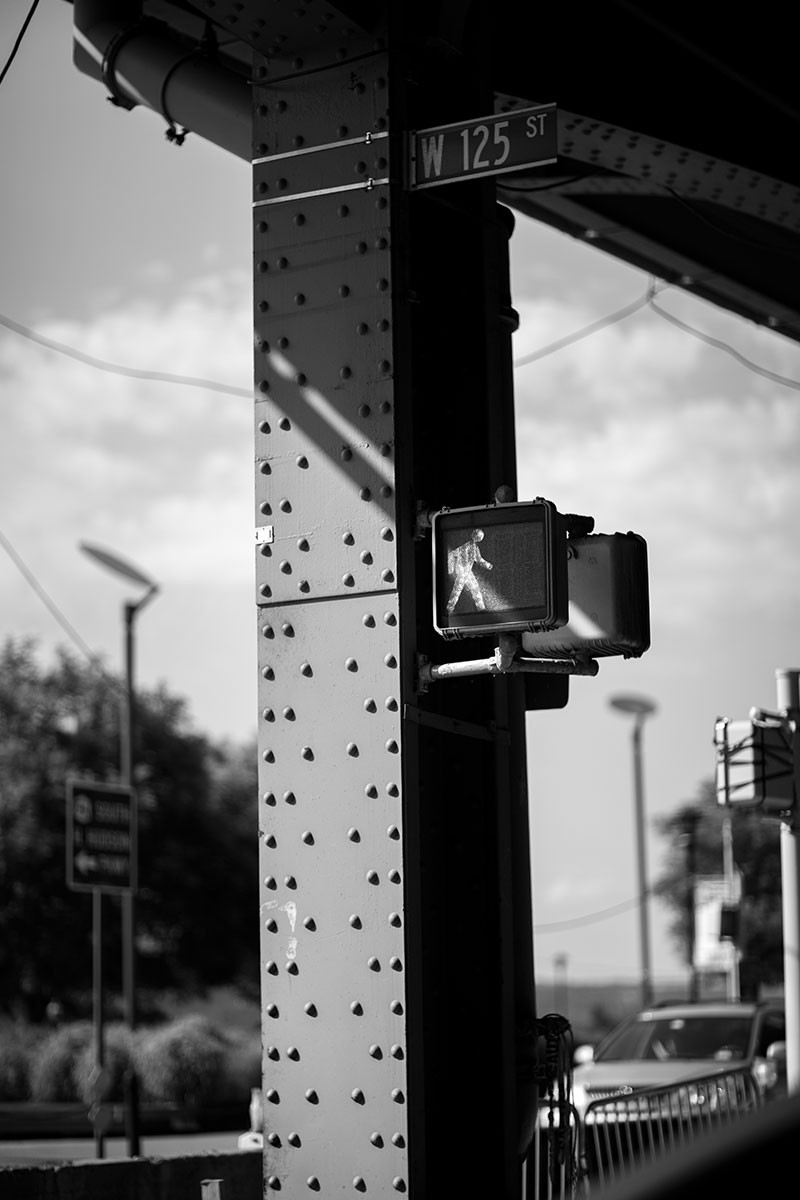 “There’s a kind of magic here,” Keys explains of her hometown, on a relatively quiet Thursday afternoon. It’s the sixth anniversary of her wedding to Swizz Beatz this weekend, and after our interview she’s away on a “kinda romantic getaway,” she blushes. Swizz is one of the “perfect team” around her who worked on Here, which she describes as “this collision of sounds that’s about to start the illest conversations.” Though she’s hesitant to discuss exact artists she looked to when shaping its sound, she calls it “diverse…. like a thunderbolt struck it.”

Here – geographically speaking – has pretty much always been New York for Keys. The daughter of a powerhouse Italian-Irish mother, Terri Augello, and absent flight attendant father, Craig Cook, she grew up in Hell’s Kitchen, in an apartment on 43rd and 10th. Inspired by her dynamo mother, a legal aid and actor, she threw herself into her studies at a performing arts school after writing her first song aged 13 about the death of her grandfather. By 21, she’d sold 12 million copies of her debut album Songs In A Minor. By 22, she had five Grammys to her name. By 24, her Diary of Alicia Keys album had become the sixth biggest-selling album by a female artist of all time. 15 years later, a decade and a half since the heart-melting piano waltz of ‘Fallin’ first rung out on radios, she remains one of the biggest and most influential names in pop, called on by Barack Obama to perform at his second Presidential inauguration and now with 35 million album sales behind her. 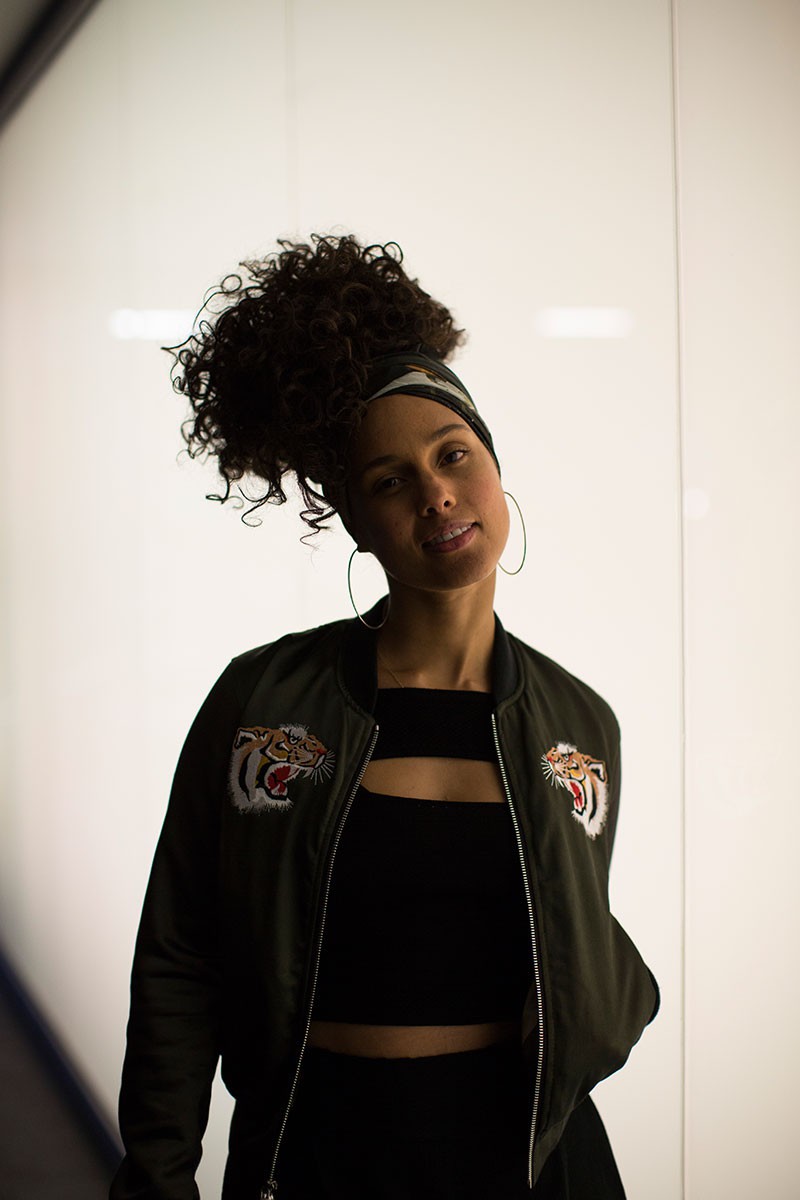 Though her success has taken her all over the world, Keys insists that spiritually she’s never strayed far from her roots. She still lives in Hell’s Kitchen, where her children attend piano lessons at the same school that she learned to play at. “It’s kind of crazy every time I walk in. On one hand it’s a community and I feel very protected. On the other, I feel like I’m trapped in the Twilight Zone, all those memories,” she laughs. It’s a very different place now to the one she grew up in though, the slow-creep of gentrification having turned a neighbourhood that she once used to carry a pocket knife around in for protection into a safer space. “It was totally the place for the most disenfranchised,” remembers Keys. “It was pornography and X-rated stores, pimps and prostitutes, needles and drugs but also Broadway and theatre and promise and possibility and dreams and broken dreams. That definitely reflects in my music, now and forever.”

25 people were killed by police in New York last year, seven of which were unarmed black males. Last night, Keys was in Philadelphia, where she dedicated a performance at the Democratic National Convention to the Mothers Of The Movement – a group including the mothers of black police brutality victims Trayvon Martin, Jordan Davis and New Yorker Eric Garner. “It’s outrageous and devastating to me as a mother,” she says of the long-lasting epidemic of police violence towards POC that saw a total 1,134 black men killed by US law officials in 2015. “America can we see it’s out of control. The whole world can see it’s out of control. You’ve gotta be blind to not see it’s out of control. I have babies. Those were someone’s babies too. Those babies went outside and were killed and now they’re never gonna come back. Why? Because they’re black? Because they’re doing nothing but wearing a hoodie or reaching for their wallet?”

You might not have noticed this cloud hanging over ‘In Common’ – the massive summer single that saw Alicia venture into Jamie xx-ish, bass-heavy pop territory – but it’s there. “We’re all messed up in our own separate ways with things we’re trying to get through. There’s something really liberating about being able to say, I got my mess, you got your mess – and that’s alright,” she told an interviewer of the song’s message earlier this year. That’s a similar message to the one at the heart of Kendrick Lamar’s ‘Alright’, I tell her – finding the audacity to love, to be okay, amid the struggle and strain of a climate like today’s.

“Yes! I’m so glad you said that. I love that song – it’s one of my favourites, Kendrick is what it’s all about. The message on ‘In Common’ is kinda the same. We’re all living under a strain, dealing with division. The question is, are we gonna get to a place where we can love each other despite our differences? You are what you are, you live where you live, you look how you look, you believe in what you believe, whatever! When are we gonna move past these very trivial things that just don’t have anything to do with who we are as human beings and shouldn’t be reasons for divisions between us? Be who you are! Be an individual, be who you are, where you’re from! You should be allowed to not be judged for it, not be hated for it. Not be killed for it.” 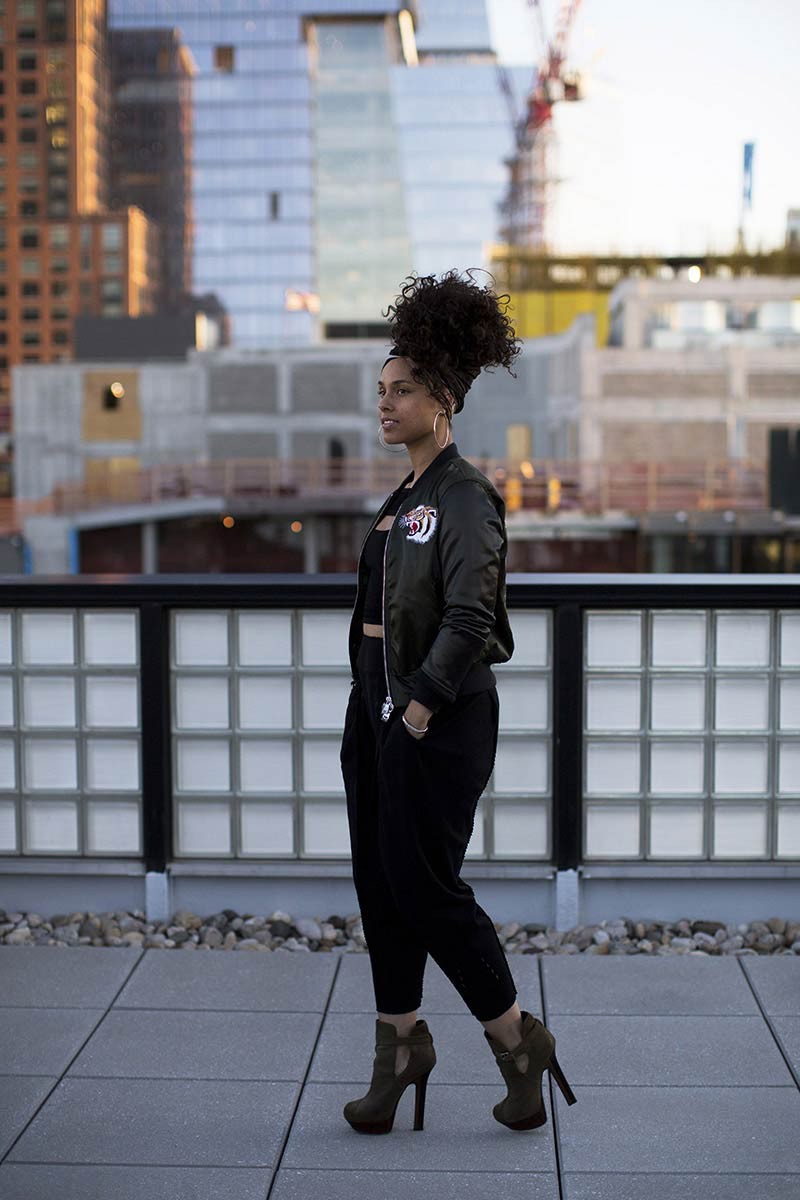 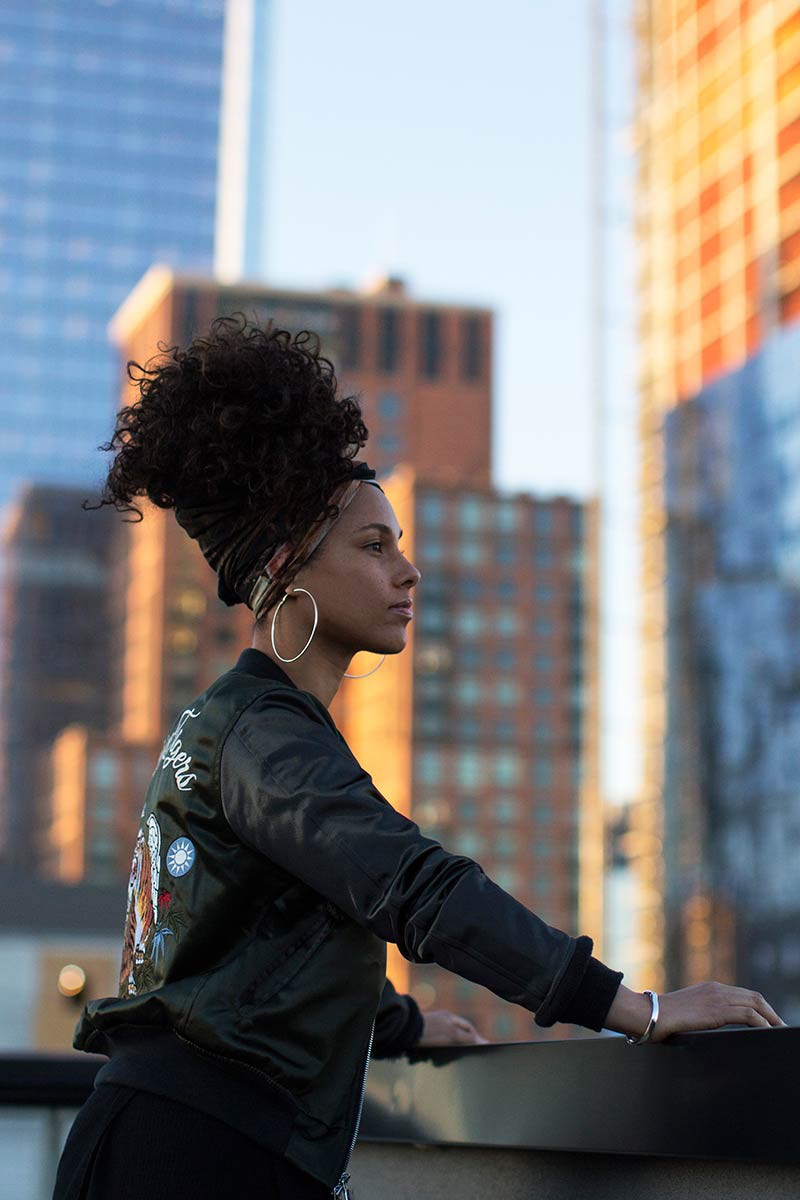 Learning to not be afraid to embrace your individuality is one of the key themes of Here, says Alicia. “I think a lot about my son. So what if my son wants to paint his own fingernails? So what. What do we do to our boys when we say ‘don’t cry! Boys don’t cry. Hold it in, man up, toughen up?’” That lesson about individualism extends to female body image, too. “Some of us wear business suits and have tough faces and wrinkles that speak to years of struggle and pain and strife to be recognised and appreciated. Then some of us are so glorious and big with our beautiful booties so huge, swaying in the summer sun,” she beams. “We’re so unbashful and glad to be ourselves and different from everyone else.” There’s a pause, and she smiles. “That’s a beautiful thing.” 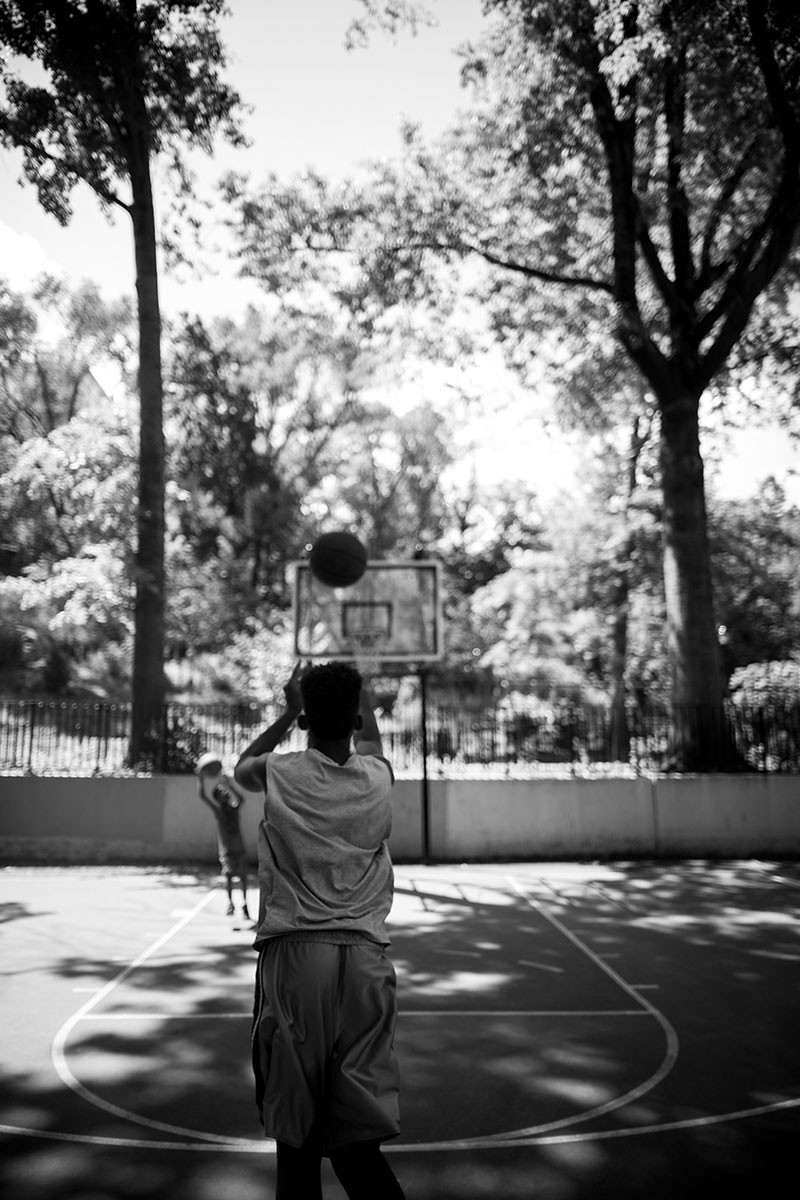 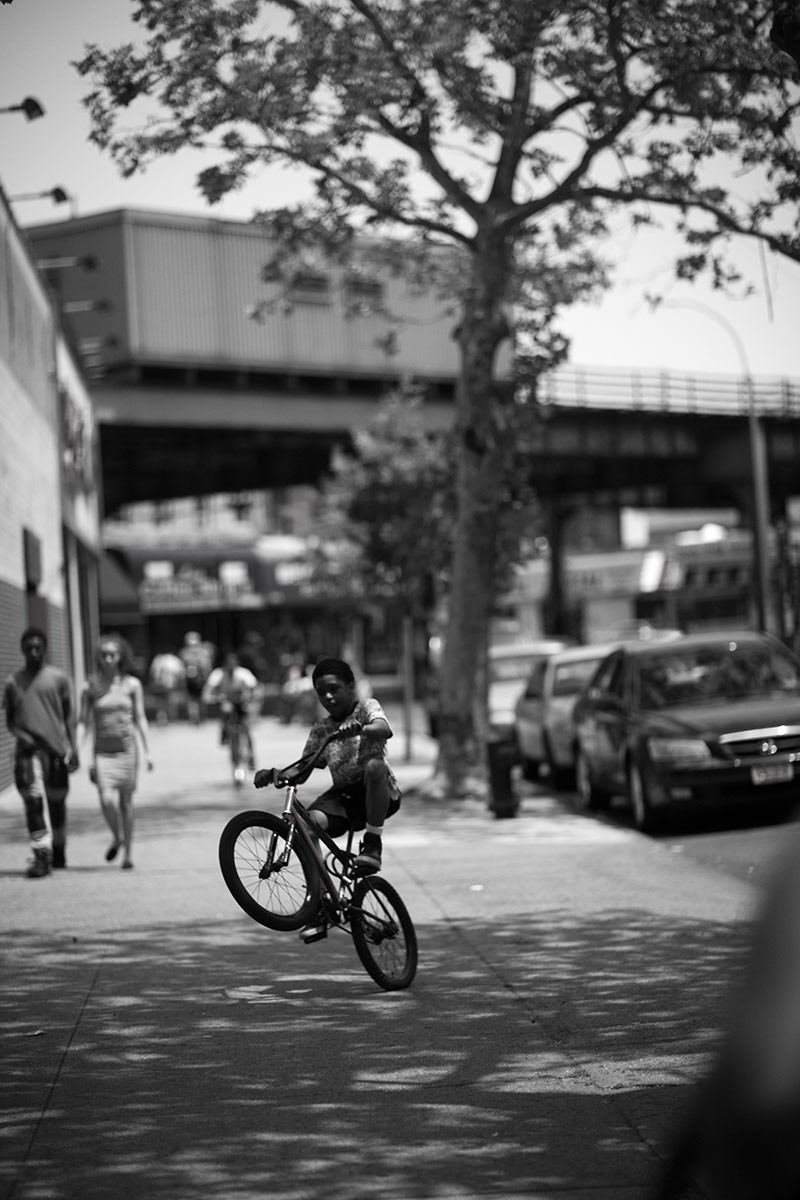 Here arrives four years after Keys’ last album, 2012’s Girl On Fire, but “not reeeeeally four years,” she says playfully, nodding to her newborn baby Genesis. “You put out a record, then you promo a tour a record, and that itself it a two year process. So by the time you go back and actually engage in the process of what you’re going to build next, that’s another year, you’re up to three. Oh and throw a baby into the mix? Pshhh, there goes four!” Alicia wrote over 100 songs for Here, which she says is “so many things. A dialogue, a conversation about who we are. What are we living through? What are the stereotypes we’re battling to break out of?”

“I’m ready right now, I’m in my zone right now. I’m accessing a part of myself I’ve never been ready to access before,” she adds confidently. “I want people to find themselves to it, relate to it, identify with it, feel feel it, get lost to it, cry to it, laugh to it, dance to it, pray to it, grow to it… If you feel it, and if you lived it, and if you believed it, and you gotta say it because you can’t hold it back, then that’s soul music, you know what I mean?” You only get 28,000 days on earth, and that’s if you’re lucky. Alicia Keys is using hers wisely.