The artist formerly known as Heatsick has shed the winking provocation of his long-running, Casio-bashing project to return with his first album under his own name, released on PAN today. Steph Kretowicz meets Steven Warwick in his adopted city of Berlin to find out how a tragedy close to home sent his electronic explorations down a different path on Nadir.

“What is this year, why all the fear?” A droll humour is threaded through ‘Millennial Vague’, the closing track of Steven Warwick’s new mixtape Nadir, released without warning on PAN today (November 18).

The song’s clipped, short-form poetry evokes a numbed-out anxiety as it rolls limply over plucked strings. “Feeling alone, charging my phone,” his halting singing voice quips. This comic misery, optimism defeated, permeates the fourth album from the electronic producer and Casio-toting provocateur also known as Heatsick. With titles like ‘Playa’, ‘Carry’ and ‘CTFO’, the 11 songs are rough musical sketches, minimal compositions of synthesized sounds, organ patches and rumbling bass lines which gesture towards a deep and lingering sadness underneath a lukewarm smile.

“Zenith is the high point, nadir is the low point,” says Warwick of the Arabic-derived word that gives the record its title, speaking from the top-floor buffet restaurant of the Karstadt shopping mall in Neukölln. Nadir was three years in the making and marks the Berlin-based producer’s first departure from his Heatsick moniker, a project which has seen the artist deconstructing the trends of the day via crumbling, minimal electronic compositions produced on stripped-back equipment. In 2011 he focused on house music and sexuality on INTERSEX, his first release on PAN, before turning his attention to architecture and the wandering flâneur on the Déviation EP, then aesthetic fads and art theory with 2013’s Re-Engineering.

Dense with references and bubbling with wry humour, Heatsick’s physical, tactile production has always existed, paradoxically, on a very cerebral plane, which brings with it a certain level of emotional detachment – not the ideal atmosphere for an album like Nadir. “I just felt like a break. I wanted to try something new and I felt like it sounded different, and there’s different equipment and everything,” he says. “I thought it would be nice to signal the break with a new name.”

This new name is the one Warwick goes by in daily life, but also one he uses in his other artistic endeavours. Since releasing Re-Engineering, he has completed a play and an art exhibition alongside touring and performing as Heatsick. A personal tragedy was the rupture that brought on a new creative phase, leading him temporarily back to the United States for an artist residency in Los Angeles.

“When I recorded [Re-Engineering], someone close to me died suddenly. It was devastating and I had no time to process it, as I was constantly working. When I did a residency for three months it was the first time I had a chance to process what on earth had happened,” he explains. “So I’d say that overshadows the record.”

That shadow hangs over Nadir in many ways. A stripped-back approach to his signature reconfiguration of contemporary trends reveals an exposed emotional palette. ‘Get It Together’ staggers anxiously through samples or simulations of wistful orchestrals as Warwick shakily addresses us: “Why so sad? / Don’t feel so bad.” ‘CTFO’ — webspeak for “chill the fuck out” — again sees the artist singing to an invisible other over a clumsy synth melody: “Why you cry? / It’s always in the mood that you say.” 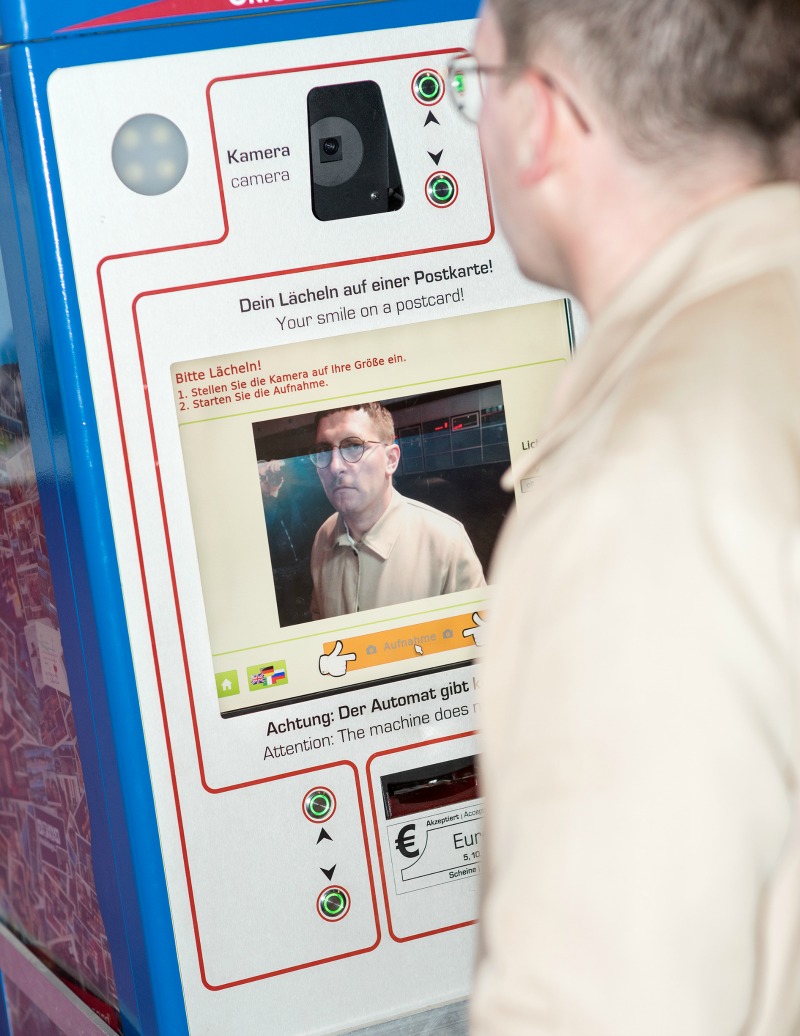 Written and projected from three key locations – Warwick’s own Berlin studio, the grand mansion of Villa Aurora in the affluent LA suburb of Pacific Palisades, and a small sublet in LA’s city centre – the album was also steered by a changing spatial and geographic awareness. He began recording in the former home of German-Jewish writer and exile Lion Feuchtwanger, now a centre for the German-US artist residency programme Warwick took part in.

“I’m so used to having one room, or two rooms maximum, and suddenly you have several rooms. You have a room to study, you have another room that’s just got a piano and an organ in it; you’ve just got everything. It’s amazing but it’s also surreal, because you’re like, ‘I don’t want to get used to this because it is temporary and I know it is.’ And then I recorded the second part of [the album] in LA in a very tiny box room,” he adds, laughing, “and I actually felt more comfortable there.”

‘Low Ceiling’ is the result of recording in this more confined space. A growling low end roils under a fluttering loop that resembles the ubiquitous LA ambience of helicopters flying overhead, as a frustrated beat taps out of time under another tinny rhythm. It’s anxious and oppressive, even claustrophobic, with Warwick mumbling about something “hitting the fan”, a “bunker”, taking a pill and dozing off. The lyrics weave in and out of narratives like a hazy nightmare half-remembered. “I recorded it in basically a shoebox. It was maybe an eight or ten square metre room which could only fit an airbed and a desktop, and I found that really good,” he says, describing the move from coastal breeze to inner-city languor.

“The only things I could do in the room were sleep or work. If I didn’t want to [do that] I had to leave, and I felt that made me really productive,” he says. “I think it’s what you’re used to, and when you’re given so many options it kind of freaks you out. I’m quite simple. I don’t like to make too many decisions. I like to have technocratic choice but I think people like simplicity, and I do too.”

This spatial influence doesn’t end with the architecture of the buildings and brain Warwick has inhabited over the past three years. He also found inspiration in the outdoors, the roads and the environments outside of his control which had their own effect on the psychology and sense of alienation of Nadir. “Doused in precipitation and petroleum stench / The armoured ecosystem hitches a ride,” he narrates in his low and soothing voice, now whispering and pitched-up beyond recognition. These words complete a track built from the repetition of a horn or siren jumping like a skipping record before dissolving and falling like rain; ‘Racetrack Playa’ is named after the dry lakebed on the California-Nevada state border in Death Valley, one of the hottest places in the world at the height of summer.

Describing a solo car journey from Salton Sea to Racetrack Playa, an occasional Hollywood film set, he recalls a dreadful epiphany. “I was on my own and I remember at one point it was 50 minutes until the next gas station. I suddenly had this kind of existential moment, ‘What am I doing? This is such a bad idea to go here on my own’.”

Warwick turned around and drove back to LA, but ‘Racetrack Playa’ is his attempt to capture that sense of isolation, the colossal loneliness of being alive and outside, surrounded by wide horizons. “I guess I didn’t go to it, so I wrote about it because I became fascinated by it. It seems to be the bleakest point of the album.”

Back in the present, Warwick is sitting calmly at a restaurant table facing a statue on the balcony – a fat bald man in a shirt and tie, maybe a chef or a waiter. “I partly come here for the visuals,” he says, pointing into the interior of Karstadt food hall. “I like the paintings on the walls. I think the pinks are really nice. I like the store. I like the chairs. I like the paintings to pretend like you’re in an airport.”

One track on the album, ‘The Mezzanine’, seems deeply inspired by the familiar blandness of the shopping centre. The clearest lyrics on the album describe moving through a “zone of near serenity,” past “casual shoppers” and “innocent bystanders,” in an ambient three minutes led by swelling pipe simulations. They sound like the fizzle of fridge coolers, or maybe innocuous elevator Muzak.

“I think I like coming here because I don’t have to think about things. It’s just very bland,” he says. “A few years ago I found it hard to live in Berlin because I was dealing with a loss. Now I feel I can kind of live here again – but I had to go away for a bit to think about that.”

Nadir is out now on PAN