In five decades of key-bashing and knob-twisting, Richard H. Kirk has remained at the vanguard of electronic music, first as part of the incalculably influential post-punk outfit Cabaret Voltaire, and later through his experimental side project Sandoz, bleep techno crew Sweet Exorcist and numerous remix aliases. As Mute releases two deluxe box sets of highlights from Kirk’s vast solo catalogue, he tells Daniel Dylan Wray why he never looks back.

A spoon clinks the rim of a coffee cup as Richard H. Kirk stirs sugar into his cappuccino froth. ‘Computer Love’, a track from his favourite Kraftwerk album, is playing through the speakers. The synth melody wrestles for prominence above the clatter of plates and the hiss of the overworked coffee machine. A few yards around the corner from this hip café once stood Western Works, a cutlery factory that produced coffee-stirring utensils of a quality and satisfying clang soon matched by the building’s next tenants: Kirk’s band Cabaret Voltaire.

“It was a bit of dump, really,” Kirk says of the space, which became a recording studio shared by Cabaret Voltaire with the Human League before Kirk’s group took over the entire place and stayed for two decades.

“I was more or less living in the space when we first got it in 1977,” he continues. “It just became somewhere to go after the pubs closed. We started getting a lot of videos in the early ‘80s and building up a massive collection of films and trash TV and B-movies, so people would come round and have a spliff and watch this mad stuff until five in the morning.”

When it wasn’t hosting film screenings, the studio was a place of furious and persistent work. From the industrial clang and dystopian electronic gargle of Cabaret Voltaire’s early work through to New Order’s first post-Joy Division recordings and Kirk’s numerous solo ventures, Western Works became a factory for Sheffield electronic music. Kirk’s contribution to that lineage has recently been collected in two box-sets, Richard H. Kirk #7489 (Collected Works 1974 – 1989) and Sandoz #9294 (Collected Works 1992 – 1994), the former amassing early material made in Kirk’s mum’s house through to several pivotal solo releases, while the latter contains Kirk’s exploration into fusing African music with European electronic sounds.

Many of these recordings were made when Cabaret Voltaire were at the height of their popularity and productivity, capturing an intensely fertile period. The abundance of solo experiments was the result of having too many ideas at once and not finding the right outlet for them in Cabaret Voltaire.

“Well, that and taking a lot of amphetamines,” he adds. “You just get this work ethic from it. I was also doing a lot of collage and montage work in the studio – it was like the Velvets being with Andy Warhol, it was just this cultural hub where it was cool to keep putting things together.”

The eerie throb that drives some of Kirk’s solo albums, such as on Disposable Half-Truths and Time High Fiction, maintaing a loose link to Cabaret Voltaire’s output. Yet with Sandoz, Kirk took on a new moniker for a new sound, applying a Detroit and Chicago influenced kick to the grooves of acid house while charging through the fog of a lifetime’s worth of listening to Jamaican and African music.

“The great thing about Sandoz was it was the time that people were just putting out white labels and no one knew who was behind it,” he says. “That was great for me because you’re always carrying around that baggage – ‘Oh, it’s him out of Cabaret Voltaire’ – but when Sandoz came out, nobody had a fucking clue.”

As the ‘90s approached, the Sandoz project became a way back into the clubs he’d abandoned earlier in that decade, becoming as much a product of the ecstasy boom as the cross-continental sonic explorations he had in mind.

“I stopped going to clubs in the mid-80s because it all got a bit cocaine-ified and it was all designer clothes with a violent undertone,” he recalls. “It was only when the house thing came along that I started going out again. I think a different drug made a different vibe. I’m not saying it was just about that, but it was nice to see football hooligans in there hugging each other instead of kicking the shit out of each other.”

The yuppie era saw “Thatcherism transferred into music”, he says of the artists who followed Cabaret Voltaire’s lead into electronic pop. “It was weird in the ‘80s after post-punk, when you had your ABCs and a lot of these bands who wanted to be glamorous and rich, as well as the New Romantic thing. There were people that were [politically] militant but there were also people who just wanted to have a good time. In some respects, when things are collapsing what do you do? You party, what else can you do? Either you get on the barricades or you get off your fucking head, and I think a lot of people chose the latter.” 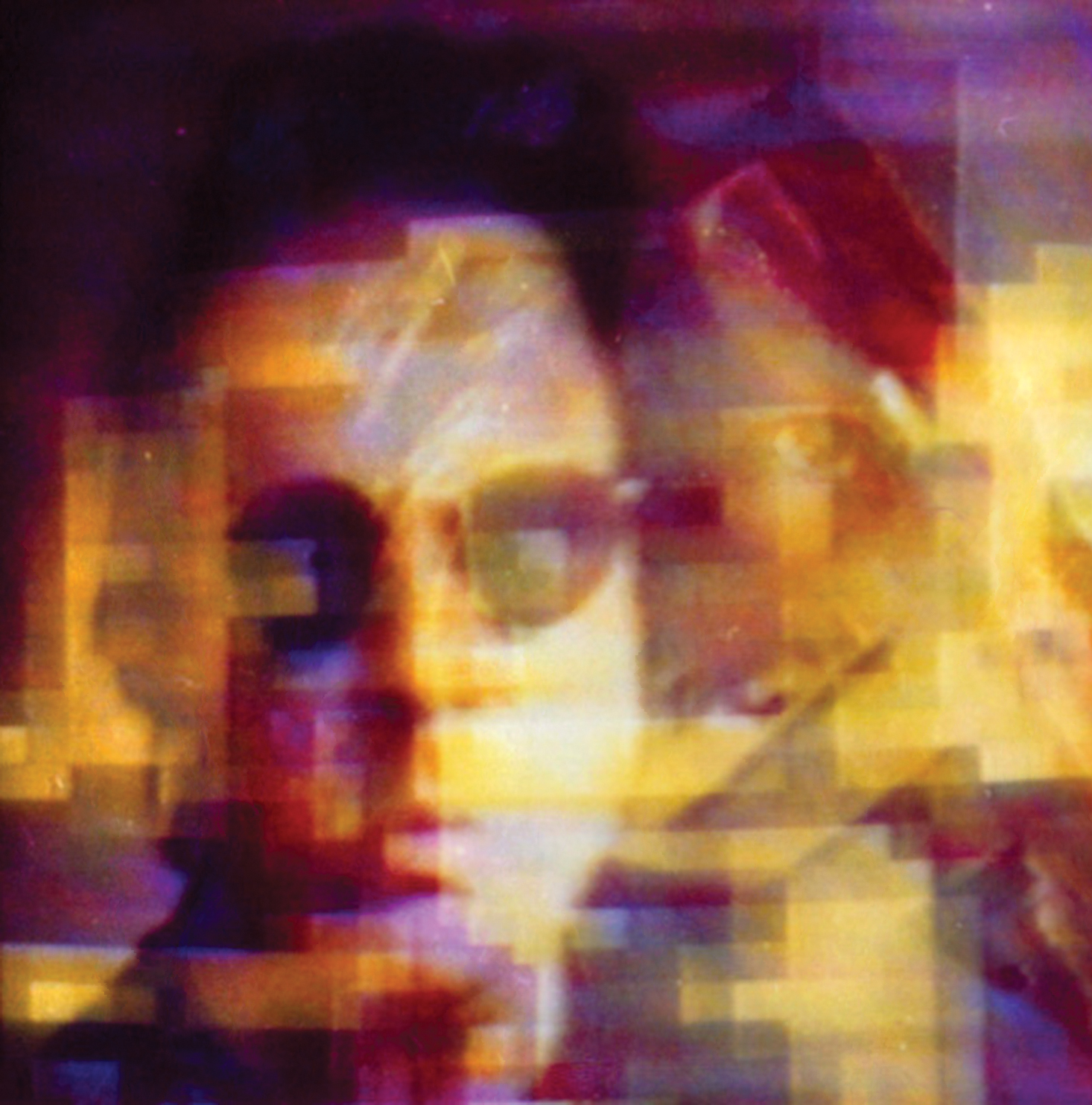 “Sweet Exorcist was the right music at the right time. It was kind of liberating”

Cocaine and New Romantics weren’t the only thing Kirk was glad to see gone at the turn of the decade. “Margaret Thatcher I would hold responsible for the decline of the north of England,” he says with a bite. “There are people from the mining communities that haven’t worked since the ‘80s, that’s where the rot set in. We were on tour in the mid-80s during the miners’ strikes and I remember getting pulled up by police roadblocks, it was like the country was under siege. We’d get stopped because they thought we were pickets because we had a mini-bus. You’d turn off a motorway and there’d be a roadblock waiting. It’s like, ‘hold on, this is England, not Nazi Germany’.”

As the ‘90s arrived and Cabaret Voltaire grew into their second decade as a group, relationships began to strain, both within the band and with record labels, but Kirk’s work rate remained almost rabid. In 1990 he collaborated with DJ Parrot as Sweet Exorcist for early Warp single ‘Testone’, a blueprint for bleep techno and IDM.

“I was still signed with EMI at the time when it was made and it nearly got me in a shit load of trouble,” he recalls. “I wasn’t happy where Cabaret Voltaire was going around that point – Groovy, Laidback and Nasty – I thought that was a really watered down version of Cabaret Voltaire. EMI were chucking all this money at it and getting it totally wrong, and then I went in the studio with Parrot and did Sweet Exorcist, which somehow got to about no. 4 in the national dance chart. All that money from EMI hadn’t been able to do that for Cabaret Voltaire – it was the wrong fucking music. Sweet Exorcist was the right music at the right time. It was kind of liberating.”

It was a moment that spurred on Kirk’s Sandoz project through the ‘90s. “Groovy… got us dropped from our American label,” he reflects. “If we’d made an industrial album we probably could have gone bigger than Nine Inch Nails, but that choice was taken away from us. I also wanted to work with Todd Terry and Derrick May, to me that was where things were going. I thought house had lost a lot of its edge and I thought techno was it. That’s what I was more interested in and that’s what came through with what I was doing with Sandoz.”

In the mid-90s Cabaret Voltaire collapsed while Kirk continued with Sandoz, releasing several more solo albums into the next decade and taking on a staggering number of aliases alongside a healthy stream of remix work, from Ekoplekz to Factory Floor. In 2014, he finally picked up the Cabaret Voltaire name again for a series of live performances of new material. Rather than re-living past glories, Kirk says he’s using the project as an antidote to nostalgia.

“It’s totally new, I don’t play anything from the past,” he says staunchly. “I think being 60, it feels more dignified than a band full of old guys wobbling about on a stage. I’ve been a big fan of Miles Davis for many years and he would never play anything from the past and the only time he ever did that was before he died. I just feel like, what’s the point? It’s not going anywhere, who wants to be playing stuff that you did 30 years ago and constantly repeating yourself? I always make it really clear that if you think you’re going to come and hear the greatest hits then don’t come because you’re not. What you might get is the same spirit.”

Kirk has also used the reborn Cabaret Voltaire as a means to play alongside younger artists he feels are leaping forward at a recognisable pace. “When I play I try and select bills that are all contemporary artists. I get offered loads of nostalgia gigs where they wheel out loads of ‘80s bands, and even though they offer shit loads of money… I mean, the Coachella Festival asked me to reform Cabaret Voltaire and there was a very fucking large amount of money on the table, and I said, ‘No, this is Cabaret Voltaire, we don’t go back’.

“Some people might think I’m daft for not taking the money but I wouldn’t feel comfortable within myself doing that,” he adds. “Cabaret Voltaire was always about breaking new ground and moving forward. It would be so sad to see it as a nostalgia act. You can’t make yourself that age again. The way forward is to keep trying new things.”

Read next: The 20 best EBM and industrial records ever made