Watch the music video for first single ‘Another Weekend’.

Ariel Pink has announced his new album Dedicated to Bobby Jameson, which is due this September on Mexican Summer.

The album is Pink’s second since dropping the “Haunted Graffiti” part of his moniker with 2014’s excellent Pom Pom, one of our favorite albums of 2014, and includes the recently released single ‘Another Weekend’.

Today you can watch a music video for the track which features Pink wearing a cowboy hat and VHS-damaged footage from director Grant Singer that looks like it was pulled straight from LA’s legendary public access television.

The title is a reference to the late Los Angeles musician Bobby Jameson. Though he was once on the verge of becoming a popular artist in the 1960s, recording with The Rolling Stones, Frank Zappa and opening for The Beach Boys, James remained a cult oddity until his death in 2015.

“His book and life resonated with me to such a degree that I felt a need to dedicate my latest record to him,” Pink said in a statement.

Look for Dedicated to Bobby Jameson September 15 via Mexican Summer. Take a look at the artwork and tracklist below. 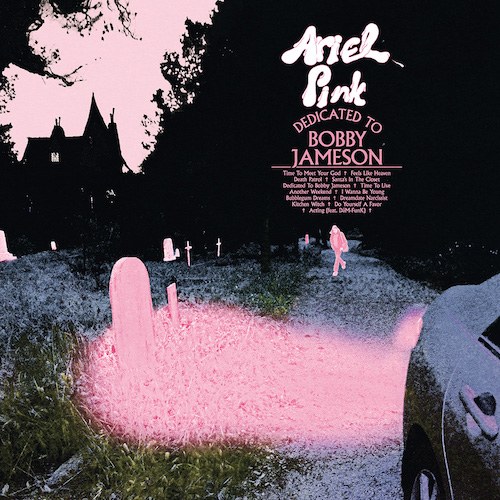