Level Up is our new series speaking to musicians about their favorite video games, and how gaming has shaped them as a person and an artist. First up, Vince Staples tells us how the gang drama and fast action of Grand Theft Auto: San Andreas was a revelation, having grown up sneakily playing Pokémon on a pink Game Boy in church.

The 23-year-old artist has previously said that he thinks rap beef is “corny”, but he’s happy to make an exception to discuss his friendly rivalry with Def Jam labelmate and obsessive gamer Logic, who Staples claims doesn’t have time to go up against him since getting married. “He be talking all this shit about gaming but he never ready. You running from me bro.”

Like many ‘90s babies, Staples doesn’t remember a time when he wasn’t playing video games. “Even when I was in first, second grade,” he says. “It was probably weird that my mom let me play video games that young, but literally, my earliest memories are the Jamie Foxx TV show and PlayStation 1. Me and my sister shared a room, she had her own TV, I had my own TV. I played video games. I’d play on mute while she watched her TV with subtitles.”

Video games weren’t just a means of entertainment for the rapper, who grew up in Long Beach, California, but a way for his mother to keep him out of trouble. “My mom loved me. I had every video game that I could have wanted, cos it kept me in the house, out of trouble, and she knew she would only have to spend 40 bucks a month, once a month, y’know what I mean, cos I used to finish those games.” 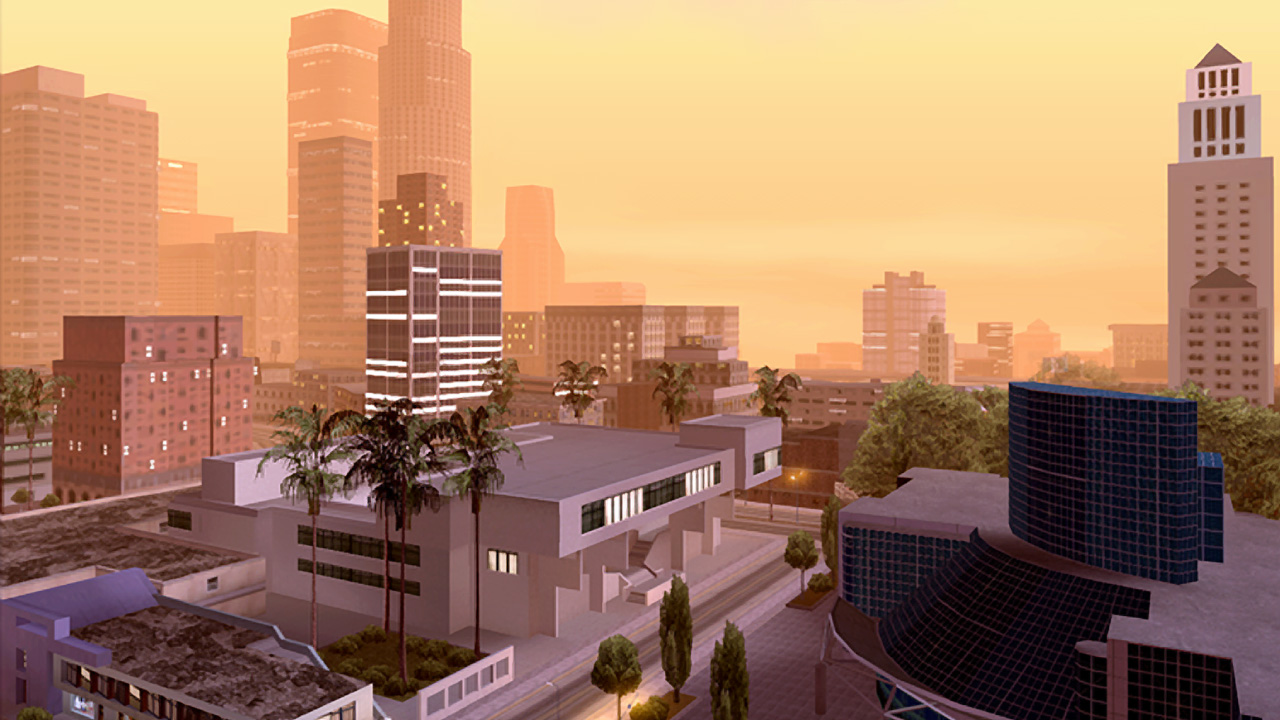 “When I got up to the Bay Area, that’s as far as I got on San Andreas. I was just stuck, I had too much fun”

While he wasn’t playing PlayStation at home, he was sneaking one of his collection of Game Boys to school or to church, where he’d play Pokémon during sermons. Sometimes, kids would try to tease him for owning a pink Game Boy, but Staples used his trademark wit to brush them off. “They said ‘that’s a girl’s Game Boy’, and I’m like ‘it’s called a Game BOY, you feel me? There’s no such thing as a Game Girl, so you can’t try to put me down.'”

While fame and the recording of his recent album, Big Fish Theory, have left Staples without much time to play games, he’s still engaged with the culture. He’s keen to talk about his new PS4 Pro and extoll the virtues of 4K televisions and high-dynamic range technology. “Visually, it’s a big difference,” he assures. Most recently, he’s been playing Resident Evil VII and cult Japanese high-school RPG Persona 5. He’s also looking forward to open-world western sequel Red Dead Redemption 2, the recent delay of which he says is “playing with [his] patience”.

However, in the early 2000s, Staples found himself pulled into a video game series that reflected the life outside his bedroom: Rockstar Games’ Grand Theft Auto, specifically the 2004 sequel, GTA: San Andreas. On release, it was the most engrossing open-world game to date, taking place in the sprawling fictional state of San Andreas, whose three primary locations were caricatures of Los Angeles, San Francisco and Las Vegas. But Staples didn’t finish the games or even keep to the storylines. “Bay Area hip-hop music is one of my favorite areas in hip-hop music, besides Atlanta, period. When I got up there, that’s as far as I got on San Andreas. I was just stuck, I had too much fun.”

“It was overwhelming the fact you could go wherever you wanted, ” he remembers. “I liked the rampages, I liked the taxi missions.” 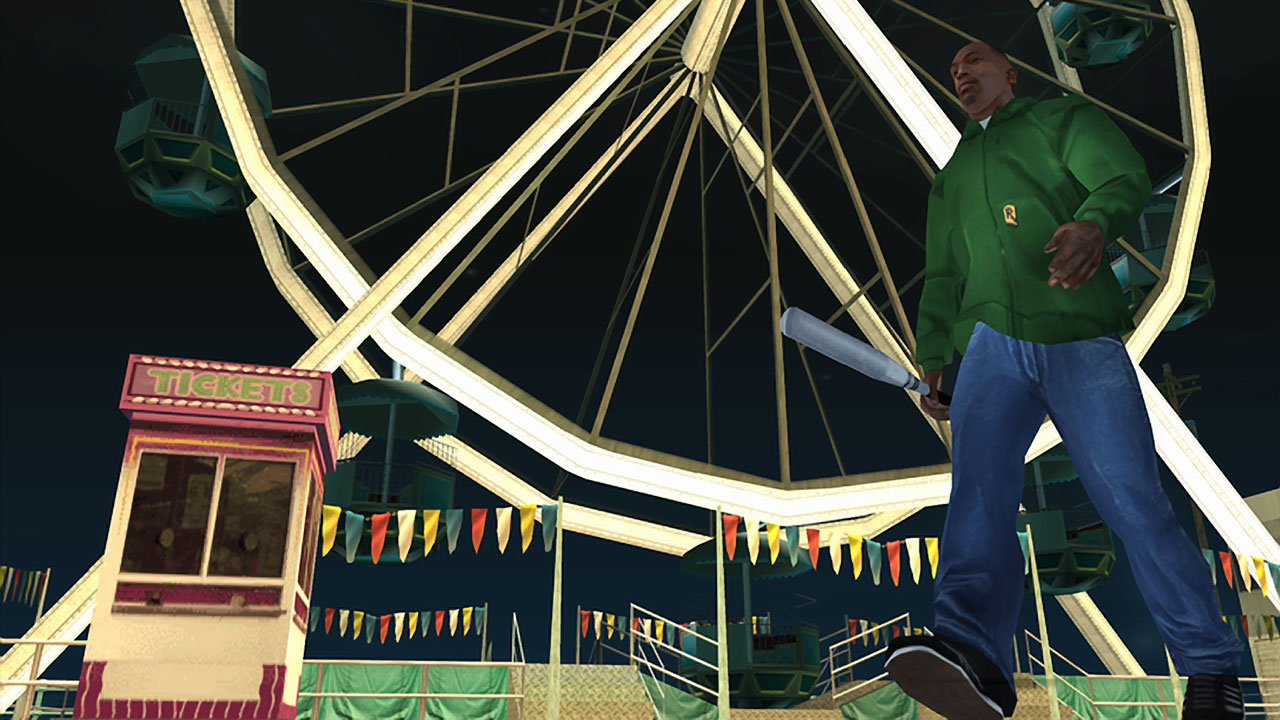 While the game is remembered for its cartoonish qualities, off-the-wall side missions and Hot Coffee sex mod scandal, the main narrative was surprisingly hard-hitting for the era, taking video game storytelling into largely uncharted territory. The game begins with the death of African-American protagonist Carl Johnson’s mother at the hands of a rival gang and swiftly sees him framed for murder by three corrupt cops. It used an early ‘90s setting as a means of exploring contemporary race issues, often with the use of biting satire and broad parody – something that didn’t sit too comfortably with Staples’ mother.

“She didn’t care about the violence,” he says. “Her thing with Grand Theft Auto was how they were talking. She feels like we program ourselves to say and believe things that don’t mean anything, so she didn’t like some of the cliches.” Staples remembers his wider community not being too happy with some of the more stereotypical aspects of Johnson’s character either. While Johnson has a strong moral compass, he’s also an obvious pastiche of characters from early ‘90s gang movies like Menace II Society and Boyz N The Hood. “It caught a lot of backlash from where I come from, because people are like ‘why is this the portrayal?'”

However, the inclusion of what was arguably the strongest African-American video game protagonist to date was clearly a significant moment for Staples. “Besides Def Jam Vendetta and sports or fighting games, I don’t think I’d ever seen a black video game character before. And the fact that they talked like me and acted like me when I was in a darker stage of my life was overwhelming,” he remembers, hinting at his time spent in a Crip gang as a teenager – recounted in his debut album, Summertime ‘06. 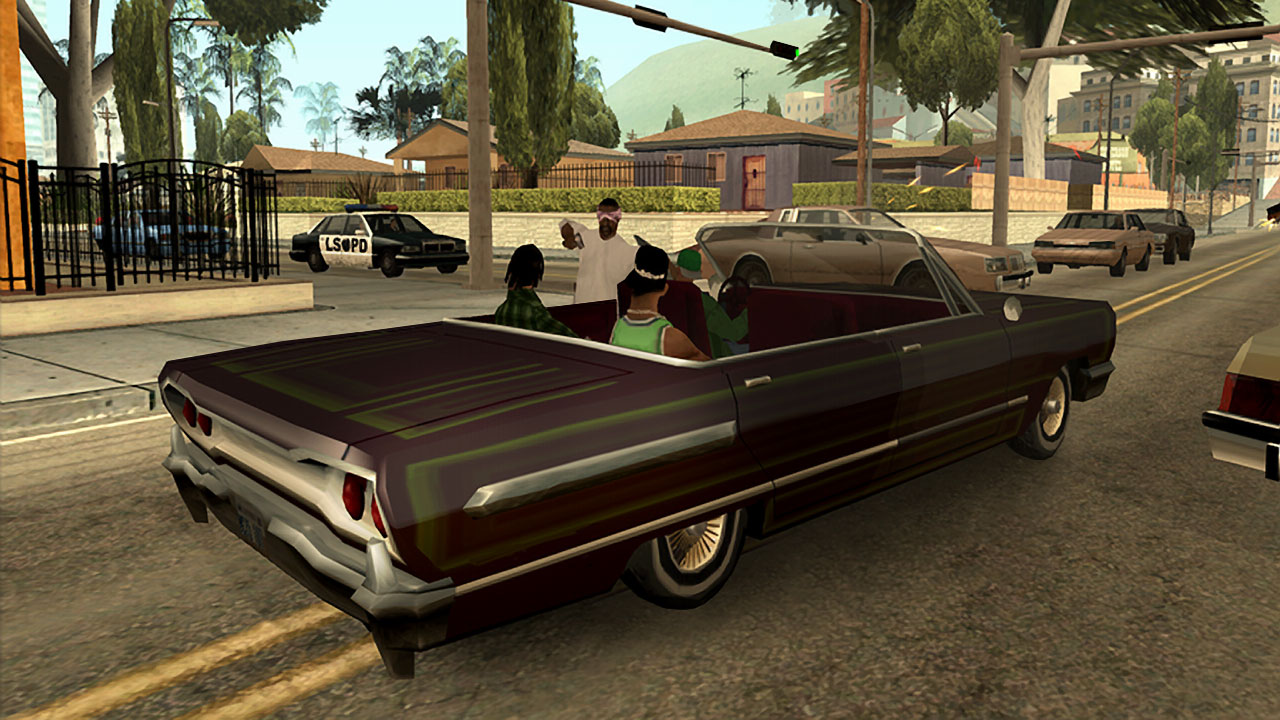 Did playing GTA have any influence on his life choices? “No,” he says. Rather, he and his friends tried to make San Andreas better represent their own reality. “You know you could print off the cheat codes? Me and my friend spent weeks trying to find a way to change the gang’s color. Cos they wore a color of people we didn’t get along with. So we were thinking ‘why these guys gotta wear green? Let’s find a way to make them wear brown!'”

But did any of the game’s themes make it through to Staples at the time? “There’s a lot going on in that game, and I was only able to appreciate it when I got a bit older,” he says. “[Rockstar] have extremely strong moral character. Even in Red Dead Redemption, LA Noire, the things that they do are extremely strong in character. ‘Cos when I was a kid playing games, I was like, ‘oh let’s just shoot people.’ You know, for the most part [the games were] Space Invaders-esque. In Halo, you were shooting aliens, in the arcade it was Time Crisis, House of the Dead-type games – but these stories were really deep.

“If you look at Grand Theft Auto 5, which talks about gentrification and white privilege and unstable family life and drug users in politics and technology and all these things that are intertwined – there’s a lot of deep things that a lot of people wouldn’t think about that I wish I’d noticed as a kid. There’s a much deeper story to tell about gang life. And [GTA’s] stories were deep essentially, but I didn’t get that far in the game [at the time]”.

Last year, one of Staples’ songs was picked to appear on the soundtrack to Watch Dogs 2, an open-world game about hackers. But what was his favorite musical moment from the GTA games, whose in-game radio stations were a vital part of setting the scene?

“Vice City has all the ‘80s cocaine music. It had ‘Girls Just Wanna Have Fun’ – which is one of my favorite songs ever. So I was rockin with Vice City. And you’ve  got a Hawaiian shirt on, you’re in a convertible, why not?”