Born in Harlem in 1919, Roy DeCarava was one of the 20th century’s most visionary black photographers.

The goal of his work was to capture a “creative expression” of black culture rather than to take photographs as “documentary or sociological statement”.

As he told The New York Times in 1982 when looking back on his work, which was important in exploring jazz’s influence on African-Americans: “One of the things that got to me was that I felt that black people were not being portrayed in a serious and in an artistic way.”

In 2017, Tate commissioned filmmaker Kahlil Joseph to make a film based on the work of DeCarava to coincide with an exhibition called Soul of A Nation. The resulting short, Black Mary, features a rendition of ‘I Put A Spell On You’ performed by Alice Smith that links the present with the past.

A statement from FACT

We stand in solidarity with protestors fighting across the globe for justice for the murder of George Floyd and protesting against continued systemic racism and police brutality, who are showing extreme bravery and strength in the face of increasingly violent abuse by police officers.

We are harrowed and horrified by the murder of George Floyd, as well as the murders of Breonna Taylor, David McAtee, Tony McDade, Ahmaud Arbery and many others, just in recent memory. We recognise that it is our responsibility to fight against racism and violence of all forms towards black people, in the US and globally, and to commit to learning and practising anti-racism.

We acknowledge that the vast majority of the music and art that we cover comes from black culture and firmly believe that it is our essential responsibility to support the communities without which our publication would not exist. Black Lives Matter.

You can support George Floyd’s family by donating to the Official George Floyd Memorial Fund, as well as those protesting his murder and those communities worst affected by police violence by donating to Black Lives Matter, Black Visions Collective, Reclaim The Block, the NAACP Legal Defense and Educational Fund, Color of Change and the Northstar Health Collective. You can also split your donation between more than 70 community bail funds, including the Minnesota Freedom Fund, the LGBTQ Freedom Fund and the Bail Project, here.

You can check here for a longer list of resistance funds to donate to, and here for a list of resources to support George Floyd and the Black Lives Matter movement.

Today (June 5), Bandcamp is waiving its revenue share, ensuring that 100% of sales go directly to artists and labels. Many labels, including Ba Da Bing, Club Chai, Dark Entries, Hyperdub, Incienso, Jacktone, Local Action, naive, Ninja Tune and Swing Ting are donating their proceeds to Black Lives Matter groups, bail and resistance funds, as well as anti-racist organisations. You can also find a list of over 1000 Black artists and Black-owned labels to show your support here. 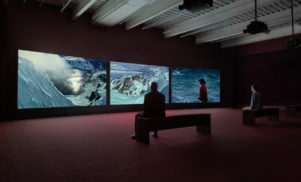 Strange Days: Memories of the Future opens today at The Store X 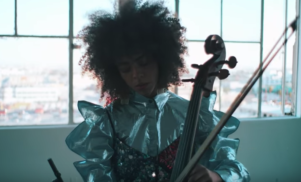 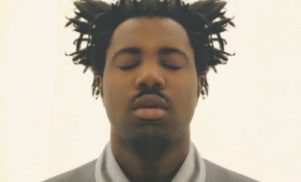