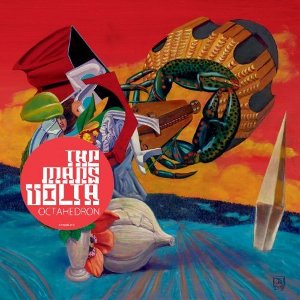 If there’s one thing all bands could learn from the Mars Volta, it’s that if you’re only ever going to make one good album, make it your debut. After At the Drive-in broke up, the band’s two core members Omar and Cedric formed TMV, and released one of the rock albums of the decade in Deloused in the Comatorium. The concept and artwork might have been comically proggy, but the album hit intense emotional highs that made it impossible to resist.

Simply put, no one made music as simultaneously intricate and effecting as these guys – it was like The Dillinger Escape Plan with a thousand years’ experience. Deloused’s follow-up, Frances the Mute, still reached those highs, but suffered from the same ambient sections and prog posturing that had started to dominate the band’s live shows. For albums three and four they recruited Red Hot Chilli Pepper John Frusciante as an additional guitarist, and it all started to get a bit John Couger Mellencamp. Things had got slack; the music lost its vibrancy, and the urgency that used to squeal through every riff and solo was gone.

Thankfully, new album Octahedron finds the band tightening up – at just 50 minutes, it’s their shortest LP to date. And on ‘Desperate Graves’, they show signs of rekindling that killer sound they once had; it’s not quite Deloused closer ‘Take the Veil’, but it’s not a bad little brother either. The ballads have sorted themselves out too; musically they’re more colourful and evocative than they have been in some time, with songs drenched in deep red and oranges (‘Copernicus’ in particular is the best thing they’ve done in ages). If this is thedirection the band are going in; moving towards context and colour and awayfrom nineteen minute jams, then the future looks bright, maybe even technicolour.