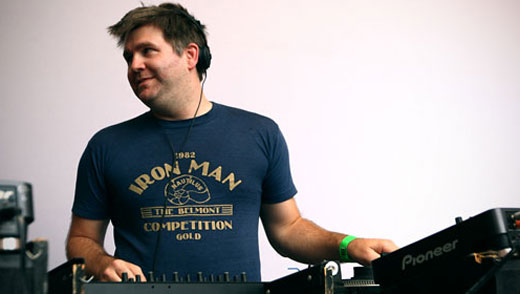 James Murphy has revealed details of the new LCD Soundystem album, which he’s currently working on in LA.The album, which doesn’t yet have a title, is due for release in February or March of 2010.

"We’ve been recording in a mansion," says Murphy in an interview in the October issue of Mojo, out now. "It sleeps 10 and there’s an amazing pool and it felt pretty amazing.""We decided, let’s make Los Angeles an imaginary Los Angeles of the soul from 1973. Everyone had to wear white all the time, so it’s like some sort of creepy fucking cult and we’d go to parties, 10 people in a mini-van all in white, and we’d have enough of an impact on how Los Angels operated. You leave a dent."Recording was made even more enjoyable by the band’s recruitment of a 20-year-old runner-cum-chef. "She was super-tapped in to hipster lesbian disco LA and we were throwing parties with her all the time and eating incredible food."

The album is by no means finished as of yet; at the moment it’s "just a bunch of sprawling instrumentals". Murphy does tell Mojo that his newly acquired EMS Synthi A is all over the record, and offers some other tantalising thoughts on its sound:"I’m working on a song called ‘Why Do You Hate Music?’. Everyone seems to hate music right now, even people who make music. There’s a song called ‘Love In LA’, which has an Eddy Grant, Sly & Robbie feel. I’m doing what I set out to do on Sound of Silver, which is take more chances."You can read the full interview in the current issue of Mojo.