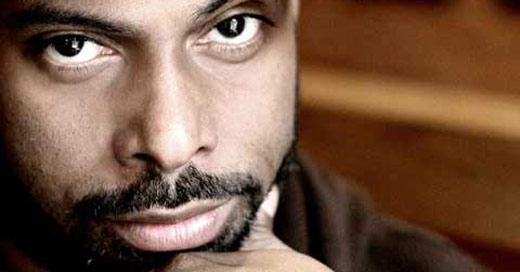 The key tracks from the legendary Three Chairs 12"s have been compiled on a CD release entitled Spectrum. Apparently this Japan-hailing disc came out in late August, but we’ve heard next to nothing about it, so wanted briefly to draw your attention to it.

Three Chairs is a production project established by three key figures in the Detroit house and techno community: Theo Parrish, Kenny Dixon, Jr. (AKA Moodymann) and Rick Wilhite, with Marcellus Pittmann and Norman Jean Bell contributing more recently. Three Chairs’ first joint effort was 1997’s Three Chairs EP, and it was followed by Three Chairs 2 (1998) ‘All Over’ (2003), Three Chairs 3 (2004) and most recently ‘No Drum Machine Pt.2’ (2006).  All these hihgly collectible vinyl-only releases go for silly amounts on eBay (Three Chairs around £70 last time we checked).

The new Spectrum compilation is a real blessing for those of who missed out on the 12"s first time around and don’t have a spare £300 to catch up right now. Featuring a number of collaborative works as well as solo efforts from Parrish, Wilhite and Moodyman, it’s basically the ‘best of’ 3 Chairs and provides a stunning document of the raw, jazz-flecked house sound of Detroit. It’s available now from all decent independent record stores; if you’ve been digging the recent material from Omar-S and Kyle Hall, you need to check it out.

2. When The Morning Comes (Theo Parrish)