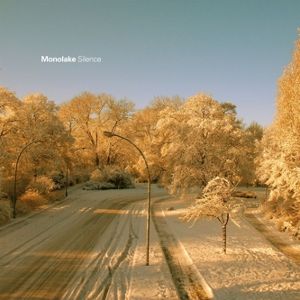 It’s almost impossible to overstate what a boffin Robert Henke is. He is an emeritus professor of techno, an Einstein of the 909, the Stephen Hawking of, um, Berghain. There is not currently a Nobel Prize for electronic music, but if there were, Henke, the gigantic, pulsating brain behind Monolake, would be an exemplary laureate.

Henke is, in fact, literally a Professor of Sound Design at the Universität der Kunste in Berlin, the latest towering peak in a career path that has followed an astonishing trajectory since he moved there in 1990, drawn to the city’s nascent rave culture.

Henke studied at Berlin’s Technical University and the former GDR Film School in Potsdam, before his track ‘Piercing Music’ was picked up by Moritz Von Oswald, who released it on his Imbalance label in 1994. Henke would eventually become boss of Imbalance Computer Music (which grew from Von Oswald’s label), and also worked as an engineer at the legendary Dubplates & Mastering studio, part of the Hardwax pressing plant and distribution complex.

Initially the Monolake project was a collaborative enterprise between Henke and Gerhard Behles (another brainiac) although more recently the two have made little music together, choosing instead to focus on their work for Ableton, the software development company of which Behle is CEO. Ableton Live, the application that the two were instrumental in designing, is now the biggest selling music production software in existence. Its ubiquity as a studio and performance tool for electronic musicians is unparalleled.

Robert Henke is, in every respect, a consummate sound designer. He obsesses over the minute detail of every noise he produces; from the point at which the sound is generated, through every stage of recording, mixing, mastering and pressing, to the environment in which it will finally be heard. The literature that accompanies the latest Monolake record, Silence, celebrates the unusual fact that no compression has been used at any point in the creation of the album.

Silence is not a record that’s intended to get your foot tapping in the queue at Starbucks, nor is it designed to cut through traffic noise in your people carrier. Henke’s intention has been to create an album of exceptional subtlety, to be considered, absorbed and reflected upon in solitude. In order to create an appropriately immersive listening experience in my south London flat, I listened to Silence on a pair of decent headphones in the bath, with the lights off.

The album starts, disconcertingly, with the sound of dripping water. Funereally slow opener ‘Watching Clouds’ sets a bleak tone, an evolving mass of sound within which it becomes impossible to distinguish between the organic and the electronic. Digital depth-charges sound ominously in the mist while a spatter of chilly rain falls from a darkening sky. It is clear from the sonorous bassline of second track ‘Infinite Snow’ that Henke has been listening intently to the most recent syntheses of dub and techno. Indeed, aside from the album’s frequently breathtaking sonic structures, it is Henke’s abandonment of techno’s rigid 4/4 kick template that really gives Silence its sense of liberated experimentalism.

Last year’s ‘Atlas/Titan’ 12″ demonstrated a loosening of the Monolake sound. While the cerebral approach and austere musical aesthetic remained, the syncopated, post dubstep/garage kicks and snares of those tracks demonstrated a dancefloor immediacy that Monolake’s prior output had sometimes lacked: the plummeting bass and garbled, otherworldly Tannoy announcements of ‘Null Pointer’ pull a similar trick on Silence.

Curiously, the album’s most straightforwardly dancefloor moments are also its least successful. ‘Far Red’ is heavily endebted to the spidery, mechanical minimal that Kalon virtually perfected with 2008’s ‘Man is the Superior Animal’, while ‘Avalanche’ is the kind of rolling techno workout that Sleeparchive made his own some time ago. These tracks are fine in themselves, but they suffer somewhat in the company of others that sound so genuinely new.

The album continues with the supremely disquieting ‘Void’, while the shiftless, skittering rhythms of ‘Internal Clock’ evoke the pregnant hush before an electrical storm. ‘Shutdown’ sounds like a track that Burial might have made had he spent his formative years sulking in bus stops around East Berlin, rather than rainy old London. The album closes with ‘Reconnect’, a widescreen, almost orchestral techno epic, and the elegiac ‘Observatory’, which feels so cinematic that it’s hard not to picture end credits rolling over a frozen wasteland while listening to it.

If Jeff Mills’ celebrated rescoring of Metropolis provided an appropriately dystopian counterpoint to Fritz Lang’s 1927 masterpiece, then this record would elevate John Carpenter’s The Thing to a whole new level of Antarctic freakiness. Silence is a long, foreboding and enormously entertaining work of art. I was fucking wrinkly by the time I got out of the bath.