Four Tet: There is Love in You 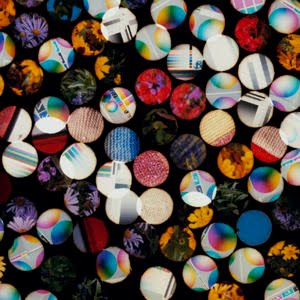 When Kieran Hebden’s first Four Tet album, Dialogue (no, I hadn’t heard of it either), was released in 1999, Bill Clinton was still the US President, Tony Blair had not yet encountered George W. Bush, and IDM was not yet a dirty acronym.

With the release of Pause and Rounds, in 2001 and 2003 respectively, Four Tet consolidated his position in the vanguard of downtempo, leftfield electronica, alongside contemporaries such as RJD2 and Prefuse 73. Hebden’s gently melancholic instrumentals married intelligently sampled acoustic instrumentation with a hip-hop sensibility. His music was notable for its emotional directness and its easygoing charm; a far cry from the dense complexity of many records from the same period, such as Autechre’s Draft 7.30 or Squarepusher’s Ultravisitor.

However, while Pause and Rounds are strong albums, my enduring impression of them has been that the sentimental tastefulness that pervades both has prevented anyone from ever profoundly loving them. Can you really imagine describing either of those records as being amongst your absolute, all-time favourites? Would you want to be friends with somebody who did?

Since then, Four Tet’s releases have been more of a mixed bag. Everything Ecstatic had its moments, the clatter and thrum of opener ‘A Joy’ in particular, but ultimately the record lacked the consistency of his previous efforts. An album of remixes demonstrated Hebden’s gift for reinterpreting the work of others; his sympathetic ear for melody and sensitive application of his uniquely textural percussion shedding new light on tracks by artists that ranged from Madvillain to Radiohead. Still, Remixes is essentially a covers album, and as such can’t be considered in quite the same way as Four Tet’s studio albums. 26 Mixes for Cash is an interesting addition to Aphex Twin’s discography for example, but it’s no Selected Ambient Works.

Again, I would argue that Four Tet’s music has always suffered slightly from its own crowd-pleasing conservatism. It is too distinctive, and too good, frankly, to be dismissed as inconsequential, but too well-mannered to inspire real passion. Kieran Hebden is not Tom Jenkinson, nor is he Richard D. James. I don’t expect he would want to be either, but I would argue that over the past decade, Four Tet has made a lot of music that a huge number of people have liked, but very few have absolutely loved.

Then, last year, seemingly from nowhere, came ‘Moth’ / ’Wolf Cub’, a collaborative single between Four Tet and Burial that stands as a defining landmark of modern electronic music. The spectral, decayed synths and persistent, whipcrack snares of ‘Moth’ in particular managed to evoke the druggy, hands in the air euphoria of the greatest rave music, while being impossibly, heartbreakingly sad. ‘Moth’ was undoubtedly one of the tracks of the year, and I would argue personally that it is one of the unimpeachably great works of the noughties.

Now Four Tet releases his fifth studio album, There is Love in You. Despite the suffocatingly soppy title, it is clear from the album’s first moments that Four Tet has taken some bold creative steps in the four years since Everything Ecstatic; even from the opening bars of ‘Angel Echoes’, it’s immediately apparent that something is different.

Four Tet has found a new tempo for a start. We’re not exactly talking Ancient Methods’ ferocity here, but the steady 4/4 kick that propels much of the album gives his music a newfound urgency. It’s a stately, refined thump of the sort that has made Kassem Mosse and Floating Points’ recent output such an intoxicating listen. In the context of There is Love in You it gives Hebden’s tracks a corporeality that his previous efforts have often lacked.

For most of the past year Hebden has held a residency at London’s Plastic People, an experience that has clearly inspired him. The influence of club music is audible from the word go. The album begins with the unexpectedly brisk 4/4 kick of the aforementioned ‘Angel Echoes’ before the track’s weird, fractured vocal melody takes over. ‘Love Cry’ builds for virtually its entire duration, eventually reaching an unexpectedly tough conclusion, the last minute being dominated by a krautrocky electronic pulse. The pretty, percolating synths of ‘Circling’ segue into ‘Sing’, a weirdly gloopy, synthetic house track that suggests Hebden has been paying close attention to some of Rustie’s recent activities. It’s by far the strangest thing Hebden has released, and while not necessarily the best, it’s encouraging to hear him taking a risk with some genuine musical Marmite.

The first four minutes of ‘This Unfolds’ sounds wearyingly like an outtake from Rounds, but then, as the title suggests, the track becomes something else entirely, moving up a gear, and seemingly from nowhere, spends three minutes sounding like Dettman / Klock’s ‘Dawning Revisited’. Following the short interlude ‘Reversing’ comes the staggering ‘Plastic People’; the warm, beating heart of There is Love in You dedicated, clearly, to the club crowd that has so inspired Hebden. Interestingly, the anthemic chugging of ‘Plastic People’ suggests that labour on ‘Moth’ may have been more equally divided between Four Tet and Burial than I had previously assumed.

The album finishes after a short interlude of baby talk and glockenspiels (Kieran, really?), with ‘She Just Likes to Fight’, a guitar and kick drum led effort that reflects the best of Four Tet old and new. I can only imagine just how many rite of passage road trips it will soundtrack this summer.

It’s easy to make fun of Four Tet. His music sometimes seems a little too sincere, and it can be toe-curlingly sentimental, but then many of us can be too. There is Love in You is a gem of an album which deserves to be treasured, as indeed does its creator.