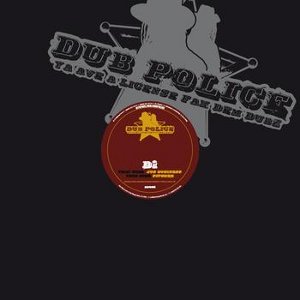 Is D1 the most underrated dance producer in the UK? He’s certainly up there.

Dwayne Marsh to his dad – who himself was a musician, jungle producer Antony Michael Marsh – D1 cemented his place in dubstep’s history with a series of releases in the genre’s DMZ and Tempa dominated half-step days, amongst them the incredible ‘Crack Bong’, a track whose brittle drums, time-stretched samples and main pulse, warped to disorientating proportions, made it perhaps the scariest thing dubstep had produced at that point in its history.

Despite this, D1’s never seemed to gather the same recognition from those outside the dubstep community as his peers Mala, Coki or Loefah. But while frankly, neither of those three seem to be making music as interesting as that of their prime – you could argue Mala, but let’s not get bogged down in it – D1’s records are still frequently mind-blowing.

His last pair of releases, 2008’s V2 and V3 EPs for Tempa were records with an incredible sense of propulsion; tracks like ‘Speed’ and ‘Cave’ felt as if they were pushed along by huge arms loping towards a fixed target, while ‘Ongie Bongie’ is pure bouncing off the walls euphoria. Let’s not forget cult unreleased dub ‘Sorrow’, which closed Skream’s mix CD for Rinse FM.

After a release free 2009, your man returns with a 12” for Caspa’s Dub Police label, who had a recent semi-crossover hit in Emelkay’s ‘When I Look At You’. A-side ‘Jus Business’ comes like a continuation of the ultra-propulsive work on those V2/3 EPs. Driven by a serious bassline that bounds rather than rolls, hardcore rave samples penetrate the track’s overcast atmosphere like lightning bolts. It’s classic D1 filtered though the serrated rave vision of Manchester’s HATE Soundsystem.

B-side, the brilliantly named ‘Pitcher’, is even better. Faster than ‘Jus Business’, it’s again defined by that incredible sense of drive, but it’s faster, higher and woozier – little samples whizz through the air like stars around a dizzy cartoon character’s head. In fact, if D1’s past tracks referenced illegal drugs (there’s ‘Cocaine’, as well as the aforementioned ‘Crack Bong’ and ‘Speed’) then this is drunken dubstep – not in a slurred Caspa and Rusko way, but like a hen night of should-know-better divorcees heady off tequila and having a billion times more fun than their slouched male counterparts.