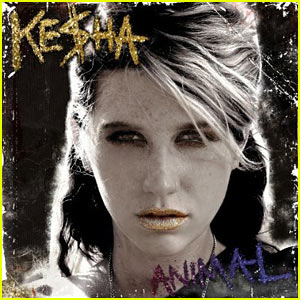 When a pretty, young, pop singer is introduced to the world via a guest spot on a Flo Rida song, and is sufficiently well-connected to secure a P. Diddy cameo on her first solo single, you might be forgiven a touch of cynicism. However, Animal is an album of a high quality that is both massively surprising and effortlessly thrilling.

The aforementioned single, ‘Tik Tok’, is the second track on the album: you’ll know pretty quickly whether or not you like her. Her natural obnoxious brattiness is likely to turn off as many listeners as it attracts, but it works incredibly well throughout this album. The last decade saw many female pop stars who were sufficiently lacking in overt personality that they allowed production to overtake them; this made it easier for fans of Proper Music to get into them.

Ten years ago, we had Aaliyah. Her ‘Try Again’ single set the stage for how the decade would develop: a pretty, competent, singer with a fantastic production (pretty much the last time Timbaland was great). Following her tragically premature demise, the likes of Rihanna and Rachel Stevens emerged, making pop music it was okay for dadrock magazines to get behind. While they certainly had their moments, the pattern of anonymity was in place, seemingly culminating in La Roux, a 1985 Boris Becker singing over rejected Sega Megadrive soundtracks.

In this context, it would be churlish to criticise a new singer who actually has personality. She’s nasty, and shrill, and immature. And it’s fantastic. Aside from ‘Tik Tok’s proclamations that “I’ma fight ’til we see the sunlight”, she’s calling out “backstabbing” women, and boys who “act like sluts” when she’s out of town. It’s a level of confrontation that recalls Kelis on ‘Caught Out There’, or Britney’s ‘Do Somethin”.

Captain Ahab copyists 3OH!3, famed for their recent Katy Perry collaboration, also pop up on Animal. Their song, ‘Blah Blah Blah’ is musically competent, but is made by Ke$ha’s aggressive reversal of gender stereotype: “turn around boy, let me hit that”. While males get a rough time of it on the record (dissed for being too old on ‘Dinosaur’, objectified on the electroclash masterclass ‘Boots and Boys’), it’s certainly more logical than the whine of a ‘Bills, Bills, Bills’, and still refreshing after decades of pop patriarchal hegemony.

There is superficial softness in the Imogen Heap-baiting ‘Stephen’, until it turns out this ostensible love song is actually delivered from the POV of a crazed stalker (fading, ominously, into the backing vocal of “Stephen… call me… waiting”). Ke$ha, like Andrew WK, her spiritual predecessor, parties so hard that even feelings of romantic regret are described in terms of feeling “hungover”. All the while, her strangely charming voice (its shrillness belies a girlish vulnerability) is soaked in the Auto-Tune dunk tank and backed by a satisfyingly busy arrangement.

The character’s facade slips a tad near the end, sadly. More traditional ballads, of love pangs and heartbreak (‘Blind’, ‘Dancing With Tears in My Eyes’), rear their ugly head, somewhat undoing the great work done earlier. The weakest song, bafflingly, is the title track: essentially Snow Patrol sprayed pink. But for the most part, Animal is a trashy, catchy delight, with more hooks than a pirate convention. I’ve already listened to it more than I did Merriweather Post Pavilion in the whole of 2009, and the addiction shows no sign of slowing. While some corners of the pop world are conspiring to bland us all to death, Ke$ha joins Lady Gaga at the forefront of the fightback.