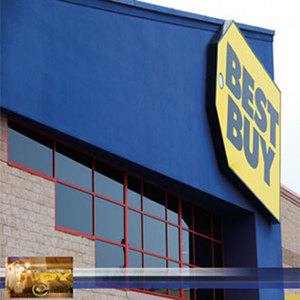 I must say that I’ve not been all that convinced by “hypnagogic pop”, or “chillwave” or “glow-fi” or whatever horrible name you happen to know it by. There have been some exceptions: both Ducktails’ 2009 LPs, Ducktails and Landscapes, were marvellous, and the more straightforwardly NME-friendly offerings of Washed Out have proved difficult to dislike, if not easy to love. But generally this has been a scene, or an aesthetic, which has promised much and delivered little of lasting worth. The invocation of late 80s and early 90s pop culture and iconography has generally been spot-on, but the music has been lacking.

I’ve found James Ferraro, hypnagogy’s de facto figurehead, to be the most frustrating of all. Partly it has to do with how damned prolific he is: whether solo or as a member of The Skaters and umpteen other collaborative projects, Ferraro has turned out more full-lengths over the past five years than is manageable or desirable for even the hungriest of ears. Some I’ve liked a great deal: the submerged cold wave of K2’s Chameleon Ballet, for instance, and the granular guitar ambience of the Lamborghini Crystal set 1992 Cool Runnings. Mostly though, Ferraro’s dedication to jagged edits and mercilessly distressed textures has been tiresome, and while you have to give credit to how expansive and totalising his artistic vision is clearly is, it’s been hard to engage with it at a deeper level. There’s just too much of the damned stuff.

It wasn’t with great relish or expectation, then, that I picked up Last American Hero, a reissue, on the generally trustworthy Olde English Spelling Bee label, of a 2008 Taped Sounds cassette. Hell, I’m not even sure why I picked it up at all – it probably had a lot to do with the title, which I love for reasons eluding articulation, and the artwork, which depicts a Best Buy supermarket in all its blue and yellow ingloriousness, with a screenshot from Judge Judy pasted portal-like to the corner.

In the sleeve notes Ferraro writes in his typically lurid, grasping way about the American guilt complex and Google and energy drinks, etc. Though there’s a whiff of studenty bong-talk to all this, Ferraro’s willingness to engage with the real banal, liminal ugliness of consumer life is undeniably interesting, and on this album at least, the music feels emboldened rather than burdened by it.

Last American Hero is profoundly psychedelic, led by scratchy guitar-work which is at times unbearably resonant – Ferraro claims never to use samples, which makes his strung-out, bluesy playing here all the more impressive. I couldn’t help but think of the incidental music for Young Guns II: Blaze of Glory, or at least how I remember the incidental music sounding – which is about as clear an enactment of the hypnagogic mis-memory impulse as you could ever hope for.

Striating those remarkable guitar lines are phased, saturated synths that perhaps inevitably recall Michael Mann and William Friedkin movies, one of those stirring scores by Tangerine Dream or Michel Rubini or whoever. The recording is as coarse and compressed as ever, but here that very contortion and thinness seems to serve the music well, perhaps because its melodies are so thrusting and forthright as to warrant a little submersion. Whereas Ferraro’s arrangements can often feel crude and arbitrary, here everything feels deliberate; time really does seem to be dissolved and dismantled by the endless eddy of loops and delay.

Last American Hero is a magnificent record, perhaps the crowning achievement of this ever-escalating movement in the US underground. My only fear is that Ferraro’s own generosity – or profligacy – as an artist will mean it gets lost to the casual listener amid a morass of lesser statements.