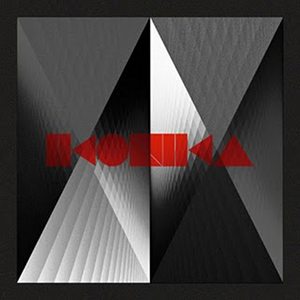 When I interviewed Ikonika recently, she spoke about how important contrast was to her music. And despite the fact that her debut album, Contact, Love, Want, Have‘s title is made up of four complementary words, it’s an album that thrives on contrast – between opposing synth lines that seem to snake around each other, battling to be the lead (see the chorus of ‘Idiot’); between tough drums and fragile melodies (‘Video Delays’); between exhilarating tracks (‘Look (Final Boss Stage)’) and mournful ones (‘Red Marker Pens’) – and emerges from its confused journey as one of the young year’s most unique, and fully realised long-players.

Blogger Rouge’s Foam refers here to a series of subsets within Contact‘s broader metastyle. I’d disagree with how he divides the tracks – for me ‘R.E.S.O.L.’, ‘Sahara Michael’ and ‘Millie’ are aligned due to their reliance on sub-bass, while ‘Idiot’ and ‘Psoriasis’ rely more on their percussion. Regardless of specifics, it’s a true observation. Ikonika’s trademark red synth sounds, and nods to 8 and 16 bit videogame sounds – referenced here in both samples and track titles – are the album’s constant, but she applies them to new ground on the electro-recalling ‘They Are All Losing the War’ (interestingly, by Ikonika’s own admission electro isn’t something she’s particularly into, or inspired by) and ‘Red Marker Pens’, which stands alone as a beautiful piece that would appeal to fans of groups like Lullatone.

A completely instrumental album, Contact, Love, Want, Have manages to keep to a particular set of sounds without getting boring – in fact, it gets better with age – and at various points across its course is thrilling, beautiful, melancholy, funky and triumphant.