With a voice so soulful it sends shivers down your spine, Fatima is the first lady of Floating Points & Alexander Nut’s Eglo records label.

Additionally, if you’ve been to London club nights such as Deviation and Non-Sense, or spent some time down at Plastic People there’s little doubt you’d have seen this lady jump on the mic and tear down the house. With the 12” already sold out we thought it was about time we caught up with the one they called Queen Fatima (that’s her twitter name anyway) to find out how she’s been getting on since landing in London from Sweden four years ago and becoming one of the UK’s most exciting vocalists. 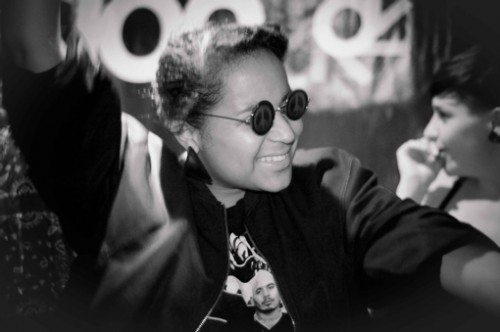 “I’m not saying what we have going on right now is dry or anything, but the past looks so glorious”

So Fatima, from Sweden by way of Hackney, what did you grow up listening to?

“I grew up with my mum, sister and brother in Söderhamn in Sweden baby. My Mum had this store called Boutique Afrique in Stockholm, where she used to import African drums and textiles, and would always play West African beats at home … I’m half Senegalese/Gambian so I was always around music and beats since I was a kid. Of course when I grew up I got into hip-hop – West Coast, East Coast – and R’n’B and now, everything. Seriously, my ears are always open.”

Tell us about your latest release, Mind Travellin’.

“On my EP, Mind Travellin’ there are four tracks. You know I can’t believe it is actually out. It took such a long time to come together, not because I didn’t have the material or anything like that, but the process of production and recording. Anyway, I’m so happy its out. Two tracks are produced by the wonderful Funkineven, (‘Soul Glo’ and ‘On The Go’), I did a track Dam Funk called ‘Warm Eyes’ and a Swedish producer VeeBeeO for ‘Higher’.”

Where did the name of the EP come from, does it have a story behind it?

“It’s quite funny that you asked me that actually, Mind Travellin’ basically came from the fact that I really wish I could time travel, I’m not kidding. My heart aches when I think back to like the late ’70s, the disco, the emergence of hip-hop and not being able to go back that? Seriously, could you imagine being somewhere where everything was sounding completely new, never heard before? I’m not saying what we have going on right now is dry or anything, but the past looks so glorious. In fact in the lyrics on ‘Higher’, I’m singing “All I wanna do is build a machine with you” I’m talking about a time machine!”

Lyrics! So what was so special about that era for you?

“Everything, well not everything. But even before that, Parliament Funkadelic, James Brown, all the Motown artists, all the massive soul singers, argh it’s too much! It just seemed so exciting and I would’ve loved to experience it. I’m not crazy by the way, but you gotta look back to go forward baby.” 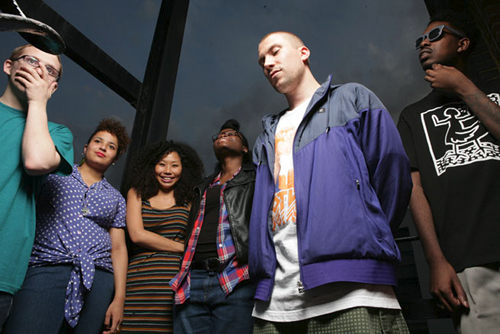 How did you get together with Eglo?

“Well I met Alex[ander Nut] outside a gig like fours years ago, he gave me one of his compilations and since then we became really good friends. Sam [Floating Points] I met at Plastic People at [club night] CD-R and once they got chatting Eglo was born. For me signing up and releasing through Eglo was a natural choice, we are all family, which means it ain’t always easy, but we’re all really good friends, share the same vision and have similar tastes so it works well.”

Eglo only started last year, so what’s it like being on such a new independent record label?

“For me, being on Eglo means I have so much creative freedom. If you look at my EP for example there are a lot of different sounds, with a major label you just can’t do that. I’m not saying that being on a major is a bad thing, if someone wants to offer me a major deal, get in touch! I’m only kidding, but you know being on an independent you can control everything. There is so much more scope to do what you want with the release and Alex is an amazing label boss, he knows what he is doing, so I’m so happy to be working with him.”

Last year it’s fair to say you had a bit of a hit with ‘Lil’ Girl’ on Shafiq Husayn’s LP, how did you get together with Shafiq?

“Well with Shafiq, I was out in LA a couple of years ago just visiting with some friends, then a friend of mine Eric Coleman introduced me to Shafiq and then we got into the studio for a few days and recorded ‘Lil’ Girl’. To be honest I didn’t think anything was going to happen with it, and when he told me it would be on his album I couldn’t believe it. Sa-Ra [Creative Partners] is one of my favourite producing groups and I’ve loved everything they’ve done and was so honoured to hang out with him. I think ‘Lil’ Girl’ got nominated for Gilles Petersons World Wide Awards for best track too, I couldn’t believe it to be honest.” 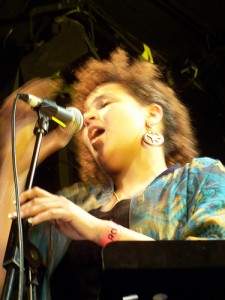 You are a fixture at loads of London club nights, and even on the radio with Alex, what is it about clubs the club environment that makes you want to get on the mic?

“I’d say I learnt how to perform by playing in clubs. When I first moved to London I only knew one person, so if they couldn’t make it I would go out alone like a saddo [laughs]. I’d go to lots of open mic nights around town, mostly hip-hop/grime ones and a lot of the people there were MC’s. I was the only vocalist, so when I’d get up I’d sing a freestyle across whatever beat the DJ was playing, I’d get such a nice reaction but it was so different to what everyone else was doing. But I’d always jump on the mic at clubs, I love singing live, whether it’s a gig or at Plastic People, Deviation, Non-Sense. On the Eglo nights I’m the MC and sometimes I go on Rinse with Alex and I do the live ensemble with Floating Points.”

We were talking about Plastic People before, want to explain a bit more why it’s so special to you?

“Well I’ve been to going to clubs all my life, but when I first went to Plastic … I think it was a Balance or a Co-Op night, the vibe was incredible. The set-up is so simple; I know everyone is talking about Plastic at the moment but it is for a reason. When I talk about Plastic I get emotional, it’s such a special place to me, I’ve met so many people there, friends and family for life kind of thing. It’s where I first met Floating Points at CD-R, I’ve had so many incredible nights there, performing, hosting, dancing like a crazy gyal in the dark, it’s the most unique place I’ve ever been, and the best sound too, its my second home.  So sign the petition people and send a letter there is still time!”

What do you have coming up this year?

“I want to release more records this year definitely, I think the next one will be a standalone single, maybe a track I did with Floating Points called ‘Mind’ that a lot of people seem to be loving, Benji [B, 1Xtra DJ] has played it a few times on his show. But we just have to wait and see how it goes, you can’t predict the future, but you can try and make shit happen”

“Yes, I want to say thank you to everyone and anyone who has supported me and the Eglo family. Shouts to my Eglo family too. I’m so grateful and feel so bless all the time! And Save Plastic People so we can continue to dance! Peace!”