Flying Lotus: miles to the sun 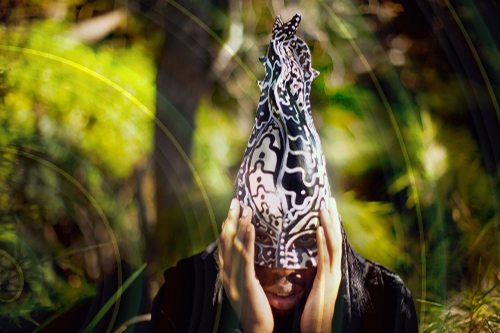 Back in 2006 when Steven Ellison released his debut album on Plug Research, 1983, few could have predicted that his Flying Lotus project would become quite the towering influential entity it’s considered to be today.

Back then, the Winnetka (a suburb of LA), California producer was making futuristic, J Dilla-inspired hip-hop beatscapes, and was among a small cabal of like-minded music makers scattered across the globe – people like Dabrye, Ammoncontact, Prefuse 73. But then something happened. He stepped his game up, left the comparisons behind, and made his own way.

The result was the double whammy of the Reset EP (2007) and Los Angeles album (2008), both for Warp, which didn’t so much flip the beatmaking script on its head as shred it and start a new one from scratch. With grainy, scratchy, clicking rhythms, allied to hip-hop in tempo alone, Ellison conjured his own hermetically sealed sound world, a psychedelic realm of synaesthesiac beauty, a bong load of purple smoke laced with machine clunk and the organic buzz ‘n’ tick of cyborg insects.

Suddenly, he was a cult star. Compared to everyone from Burial to Aphex Twin, referenced and ripped off at every turn, a huge swathe of new producers emerged in his wake, mimicking his style and claiming him as their primary influence. And with labels like Hyperdub and Tectonic all queuing up to get a slab of the Fly Lo magic, Steven Ellison had reached tipping point.

Spoken of in rarefied tones by the dubstep cognoscenti, rated by the rap snobs, Flying Lotus seems to unite disparate scenes in their unequivocal praise for him, and has just been asked to accompany Thom Yorke on his new band’s (Atoms For Peace) tour. Add to that a fledgling record label, Brainfeeder, dedicated to nurturing like-minded talent, and there seems there’s little Ellison can’t do.

Unsurprisingly, on new album Cosmogramma he’s gone back to the drawing board and made something none of us could have predicted.

A very personal record, shaped by his rediscovery of his aunt Alice Coltrane’s spiritual jazz music and the passing of his mother, Cosmogramma sees Ellison head closer to jazz than ever before, drafting in musicians including Stephen “Thundercat” Bruner on bass, his cousin Ravi Coltrane on tenor sax and Rebekah Raff on harp, while still remaining resolutely Fly Lo – just that little bit more cosmic than before.

And of course, beatheads needn’t fret – the innovation hinted at on recent cuts like ‘Meeting The Prez’ are taken one step beyond here. Just as the title suggests, Fly Lo is making his music as a divine narrative, constructing celestial sentences with the cosmic grammar of music. We decided it was time to learn a little more about what makes him the man he is today. 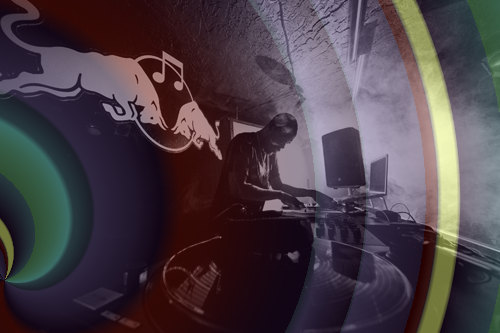 “I like for it all to be like a journal, for the music and the art and the work to represent a specific time in my life. That’s how you stay honest with yourself.”

Since the release of your last album Los Angeles you’ve become one of the most influential artists working in electronic music. How do you feel when people talk about you as a pioneer of the “wonky” brand of hip-hop?

“I feel responsible. At the same time, it’s really crazy. I never set out to do anything super special, I just wanted to make music that was fun. I can definitely hear the influence now and I hope that it can inspire somebody else, inspire all types of artists.”

So you don’t mind people biting your beats and your style?

With your music becoming increasingly diverse, do you feel you’ve transcended the hip-hop tag that people originally put on you?

“It’s funny you say that, because that’s kind of how I feel about this new record. It’s gonna be really hard for someone to do what I just did with this record. It’s so personal, and that’s why I’m so proud of it. It’s such a personal expression. I don’t think it’s gonna be as easy as it was with the Los Angeles record.”

Cosmogramma is different, more expansive, more far out than its predecessor. What’s the significance of the title?

“It’s the study of the universe in relation to Heaven and Hell. Also, it’s a word that haunted me for a long time. The actual words that I heard that haunted me were cosmic drama, but Cosmogramma was how I heard it. I was like, ‘Wow, is that a word?’ I went and looked it up and it actually was a word, and it described the exact place where I was trying to take this record. It was destined to happen that way.

“I like for it all to be like a journal, for the music and the art and the work to represent a specific time in my life. That’s how you stay honest with yourself.”

Is the idea of fate or destiny important to you?

“Definitely. I feel I was destined to be in this position my whole life. It was laid out. When I look back on it in retrospect, I wonder how it could have gone any other way. I’ve had many different twists and turns, but they’ve all brought me to this specific place.” 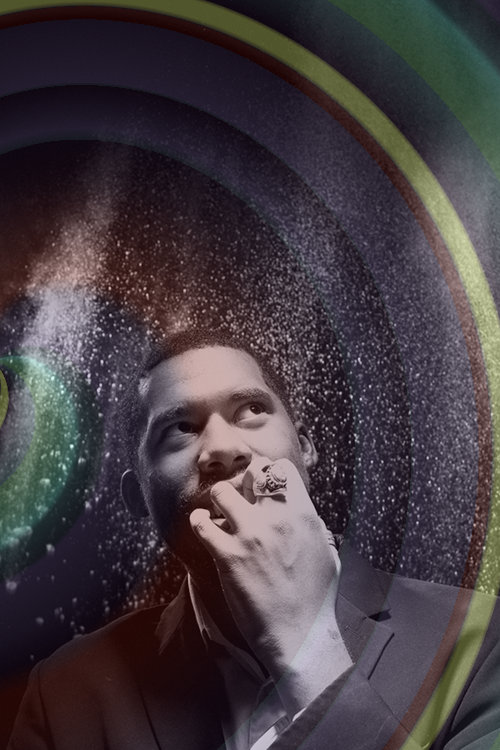 “I don’t know if [drugs] make the work better, but it inspires musicians and lets them have thoughts they didn’t know they had. It helps you reconnect in a very basic sense with living.”

On your MySpace recently you described in detail taking DMT (Dimethyltryptamine, a powerful ‘shamanic’ drug) for the first time. Do you feel that hallucinogens can aid the creative process, or the listening process?

“I don’t know. I think that stuff is good for…your own life. We’ve been given all these different plants to heal us in our time, and that’s part of it, because I feel that experience is an inspiring thing, and it can make you look deeper within your own self. It makes you ask more questions and that inspires the work. I don’t know if it makes the work better, but it inspires musicians and lets them have thoughts they didn’t know they had. It helps you reconnect in a very basic sense with living.”

Cosmogramma has a greater leaning towards spiritual jazz than Los Angeles. In parts, it actually sounds like Alice Coltrane, or Pharoah Sanders, but in an electronic context. Did you want to pay tribute to Alice in some way?

“Definitely. I started making this record around the same time as my Mom passed away, and it was really a tough time for me. During the process I went back to my aunt’s records, and the work really moved me, in a way that… I grew up with this stuff but now I could understand where this place came from, I could understand why she made the music she made.

“I wanted to make sure that people felt the same things from my work, that’s where we’re trying to go at least, the destination is the same place. You want to give people this experience that is beyond what’s happening on Earth, take them out of their situation and cause them to venture within.”

There are several musical curve balls on the album, like ‘Do The Astral Plane’, which sounds like a house track, but done Flying Lotus style. What did you set out to capture with that?

“It was inspired by Anita Ward’s ‘Ring My Bell’, one of my favourite tunes. I remember it was Summer time, it was so hot in LA, and the heat inspires me so much, and it was one of those days when you’re cookin’ in the basement, got no shirt on, just dancing around. Moments like that when I can make that kind of music are expressions of pure joy. That’s when the music is at its best, when I’m happy.”

“I like to create things together rather than emailing stuff, which can be impersonal, or outta context.” 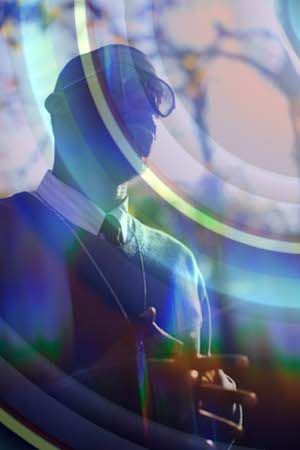 Other tracks like ‘Disco Balls’ for Hyperdub and ‘Meeting The Prez’ have also seen you experimenting with more dancefloor oriented styles. Have your live gigs and DJ sets encouraged you to try something more club oriented?

“I have so much music of different styles. I have a lot of house tracks, lots of dubstep. But I can’t release it because I don’t want to put out a 12″. It’s a shame because a lot of the music won’t come out, but it’ll find a way. I put stuff out there on the internet for people to find.

”There are people out there who are better at making 12″s. I’d rather listen to one of their 12″s than 40 minutes of their shit. I think I’m more of an album guy.”

Beyond your own stuff you’ve produced for several other artists, including Gonja Sufi and Jose James. Do you enjoy producing tracks for vocalists, and have you got any more stuff coming up?

“I do like to do that stuff. It’s really hard for me to do it, though, when I can’t work with the person in the same space. I like to create things together rather than emailing stuff, which can be impersonal, or outta context. I feel like I have to like the person as well, I can’t just give a track to someone who I don’t respect who doesn’t know where I’m coming from. You give something back, and it’s just not honest. You get something back and there’s a vocal about killing motherfuckers, and I’m like, ‘I wasn’t even thinking about that shit when I was making that music’. It’s tough in that way, but there’s a lot of people I’d really like to work with. After this record I’ll be able to spread my wings a little bit, further. I’m supposed to be working with Erykah Badu, I’m not sure what’s gonna happen, though.”

Where do you go from here?

“As far as goals go, I’d love to get involved in some film stuff, whether it be working on soundtracks or making a film. Or working on music for a TV show, like a cartoon or something. I’d love to do that for a while. That’s in a perfect world but we’ll see what happens…”

What’s your favourite cartoon of all time?

“Ren and Stimpy. It’s so influential. I draw silly characters ‘n’ shit, and that all comes from there. Watching that stuff, the over-the-top expression of characters, it’s brilliant animation.”