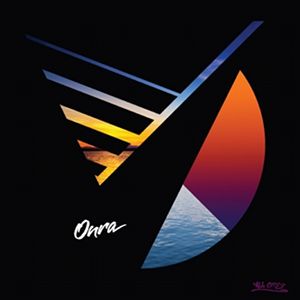 Available on: All City LP

The title of Parisian beat-layer Onra’s latest LP, Long Distance, may be misleading. The album stays at a constant intensity using a satisfying structure of juicy 80’s pop/boogie melodies squashed beneath swing-soaked, fat kick and slab snare drum patterns. There is no long journey to be traversed between the first track ‘My Comet’ (a gem) and the last track ‘Cherry’, and there is nothing wrong with that either. Not every record needs to be about long cosmic journeys.

There’s an obvious formula that Onra uses for most of the tracks on Long Distance, which again is fine really. The tape is built upon the irresistible pop sensibilities of groups like Midnight Star, the Brooklyn Bronx and Queens Band, Change, SOS Band, and more. The spaces between heavy kick and pancake snare are packed with neon, nylon, nectar-sweet sounds. Tracks like ‘Sitting Back’, ‘My Comet’, ‘Send Me Your Love’ and ‘Moving’ (which is built upon samples also used by Washed Out for his track ‘Get Up’) are testimonial to a potion that will never let you down, always get your flab in motion. Leave you thirsty for Tab.

Onra counters the dreariness found on some all-instrumental beat tapes with some choice vocal guests, livening up the buttery spread of the tape. Olivier Daysoul brightens up two tracks; the first of which, ‘My Mind Is Gone’, is a synth driven, hard nodding romp. Olivier’s verses ooze with Andre 3000 juice and are the perfect compliment to the instrumental. He also appears on the LP’s title track, which is smoother, fill of crooning and extra large choruses. Also there is an airplane jet engine sound at the beginning of this track, which can never be a bad thing.

Possibly the diamond of the album, ‘High Hopes’ features the upcoming and truly suave Reggie B. Again, Onra channels a chunky boogie tune in a loud way with those trademark pancake snares providing a sugary background for an even sweeter voice. He rounds out the track with pointy keys that call out from the background, sharpening the basic melody of the original sample (courtesy of the SOS Band). Reggie B’s voice is expertly placed in the mix, levitating an inch above everything. It doesn’t matter what he is singing about because his voice does all the talking. Reggie channels dubious instances of Boyz II Men, 112, Howard Johnson, and MJ then mashes them into a smooth, bright, and sweet consistency.

In addition to the two R&B vocal contributions is a guest spot from T3 of Slum Village on ‘The One’, busting some nonchalant, familiar verses. Fortunately Onra is quick to the board and uses the vocals in more of an instrumental way, strengthening the rhythm and complimenting the verses with added colour. Onra seems to be well practiced with vocals, or at least just has a way with them.

Beyond the album’s prominent formula are tracks that take quiet steps in noisier directions. There are tracks like ‘Tape This’ which seems to be a meditation on compression, while ‘Wonderland’ and ‘Mechanical’ experiment with faster tempos, chopping, and filtering. There is also ‘Don’t Stop’ which slows the tape’s pace and focuses in on swelling reverb and LFO riddled vocal mis-configurations. ‘Don’t Stop’ also proves Onra is equally comfortable behind a synth as he is behind an MPC when he needs to be – but only when he needs to be. That’s the point of this record really: Onra knows that he doesn’t need to pull out bags of studio magic for it to be great. His best work is in simple, wholesome, and effective music, something that many of Onra’s contemporaries struggle with.