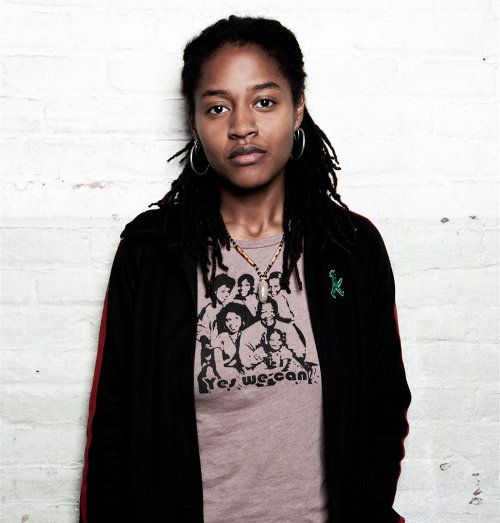 Real name Vanese Smith, Grooves hails from Brooklyn; a self-taught musician who began MCing at 15 before moving to the other side of the booth to handle her own production. Originally from Maryland, she moved to the Big Apple in 2001 and has never looked back.

Listing “funk, hip-hop and R’n’B” as her teenage music of choice, Smith released two albums before this year on her own What Rules Records label, followed by a free-to-download full length titled Sustainable Movements for a New Age and still available on her myspace. She’s worked alongside France’s Onra, Austrian synth wonder Dorian Concept and Eglo’s Fatima, and is currently on tour in Japan, gearing up for a series of summer festival dates and a live gig in Room 1 of London’s Fabric.

Herald by everyone from Pinch to Gilles Peterson, we thought it was right time to catch up with Smith to talk about her story to date. 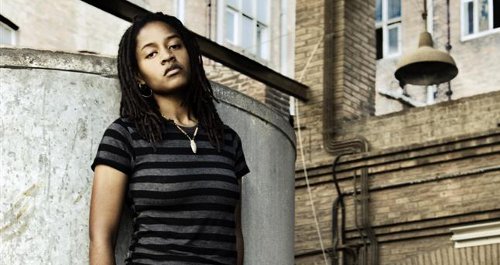 “That’s the benefit of being a creative person…you can do what you want…better yet what you feel.”

For those are unfamiliar, who is Pursuit Grooves and what does she sound like?

“I’d say it’s a mix of instrumental hip-hop, broken beat, downtempo, house, dubstep. A bit melodic, synthy, spacey, usually but not always with hard drums and rather heavy bass. The tempos just vary. It’s all quite soulful I guess. You almost have to listen to all of my releases to get an idea perhaps. I can’t say I stick to just one thing. But that’s the benefit of being a creative person…you can do what you want…better yet what you feel.”

You mentioned that you were MCing first, when did you start producing?

“Around 15 or 16 I had bought or was given a few pieces of equipment to actually make a track from scratch. I had a keyboard with a five-track sequencer and a bit later a drum machine and a four-track cassette recorder. I was mostly an MC then and I realized I could make tracks for friends and myself. Before that I rhymed over other peoples instrumentals.

“Not counting those old cassette demos from back in the day, my first release was Fun Like Passion in 2008. Basically I was managing a boutique in Brooklyn and I was chatting with Rashad Smith who is actually Erykah Badu’s DJ but even more so a huge producer who had made tracks for Busta Rhymes and lots of other dope folks in the 90s, etc. I didn’t know he had produced all these tracks until we exchanged CDs and I got home and listened.

“Of course I Googled him and realized he had made all of these tracks I loved. He stopped by the shop a bit later and said he was really impressed with my music. From there it just gave me the courage to share more. Myspace then became a really great networking tool. I was vacationing in Europe and while I was in Amsterdam I ran into Jay Scarlett at a Spacek show. I passed him what would later become FLP and he got back to me a bit later about the Beat Dimensions project. They used the track ‘Push Up’ on there, though most of the digital retail sites have it mixed up with a track called ‘Figz’ by Hearin Aid. It’s properly labelled on FLP of course!”

What do you use to make your music? In your live shows you tend to bring a couple of different pieces of equipment with you.

“Mostly my SP505 (I have three) and various synthesizers. My grandmother and aunt played the piano so I play mostly by ear from listening and watching them. I’m not great but I can usually play what I hear in my head. It all just works out somehow. When I play live it’s mostly remixed versions of my own tracks. Very upbeat and danceable. I do some vocals and MCing. I just like to have fun and hopefully other people enjoy it as much as I do!”

“MCing for me is second nature. That’s where I began.”

Hip-hop has obviously been a massive influence on you that can be heard on the EP, which artists do you favour from that genre?

“Back in the day I listened to a lot of New Jack Swing, early Timbaland, Uptown Records, Salt & Pepa, Redman, Tribe Called Quest, MC Lyte, etc. Nowadays I don’t follow much current hip-hop but more of the instrumental beat scene that is a bit more electronic based. The focus is on the rhythm first and the vocals second if there are any.”

Tell us about Fox Trot Mannerisms, how did you get together with Pinch?

“That’s all MySpace. I sent a few tracks around and he had the best response. He had worked with some cool folks so it seemed like a good plan. Plus I heard that he was a really nice cat, which I eventually discovered in person. In regards to the EP the tracks are all new except ‘Pressure’ which is on my second release Wild Art Forestry. It’s a result of touring over the past two years which kind of sped everything up. I also changed the way I sequenced my tracks which gave me more flexibility and creativity. It just gave me a fresh production style that I was excited about.”

On the EP you sway between producer, MC and vocalist.

“Well MCing for me is second nature. That’s where I began. Doing vocals is only if I really feel it. I always wrote lyrics so it’s just a matter of if I can hear myself over it. I just choose to put more energy into production. It gives me more options genre wise.”

“That’s a tough one. My answer was always Bjork, but who doesn’t want to work with her? I’m open and particular at the same time. I’d love to challenge myself and work with artists I may not have traditionally thought of. Hopefully I could add something new to what they do and vice versa.”

We hear so much about the modern hip-hop scene in LA, what’s happening on the East Coast?

“There are lots and lots of talented people in NYC of course. There just doesn’t seem to be a central spot or party where everyone gathers. There are almost so many things happening that it gets spread out. You can easily run into so many folks but everyone kind of does their own thing it seems. It’s all good though.”

You produce a podcast each month, Nodding Grand. Which producers are capturing your attention at the moment?

“Quite a few, I must say. It’s hard to keep up but I’m always checking for new stuff to put on my Nodding Grand podcast. Floating Points, Joy Orbison, Afta-1, FaltyDL, Onra, and Kyle Hall…the list goes on.”

Tell us about your label, What Rules Records. Can we expect any new releases this year?

“It’s nothing complicated really. I just did it to put out my stuff instead of waiting for someone else to tell me when to do it. It’s my previous three projects, the third of which is available as a free download. There should be a special Japanese edition Fox Trot Mannerisms CD with a few bonus tracks. There are a few more things in the works but we’ll see how that goes. I’m also working on an electronic folk project with an artist named Prof, but that may not be out until next year.”