UNKLE: Where Did the Night Fall 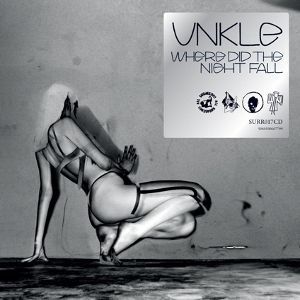 Available on: Surrender All LP

James Lavelle’s amorphous studio (vanity) project was an inescapable media presence towards the tail end of the 90s. Lavelle’s label, Mo’ Wax, were at the height of their indie-cognoscenti approved hipness and so it came to pass that the young prince of turntablism would form his own “band” with an array of established names to assist. 1998’s Psyence Fiction album is a time capsule from that era and smacks of pre-millennial style magazine Muzak – anime informed aesthetics, retro trainer fetishism, DJ Shadow, beats that are, er, big. Time and trends moved on and, as if to disprove the style-over-substance naysayers, Lavelle has continued creating UNKLE albums with an ever dwindling cast of alternative rock royalty to add to the credits list. Perversely, the less celebrated they are with each new album the more enjoyable UNKLE become, and Where Did The Night Fall is no exception to this paradoxical phenomenon.

UNKLE are essentially an exploitation outfit. They have nothing to say, no originality or depth, but this doesn’t detract from the sheer guilty pleasure of listening to them. In fact, it renders them all the more appealing as they go about their business with mercenary-esque precision. Lavelle’s no mug. He listens to what is credible and pays homage to it in such a brilliantly crass way you’d imagine that in forty years time a label like Finders Keepers would re-issue it and hail it as genius. Thus, ‘The Answer’, is Animal Collective go proper pop like they never could. Tracks like ‘Natural Selection’ and ‘On A Wire’ are cold wave, LCD Soundsystem-lite with emphatic melodic nous. The latter especially, with its tough bassline and vocal mantra, is a deliciously delirious piece of pap. ‘Follow Me Down’ wouldn’t sound out of place on any Bjork album bar Vespertine, its giddy, cod-Eastern gaudiness going nowhere in particular but sounding spectacular all the same and concluding, totally incongruously, with some ominous brass stabs.

It’s not all unintentional genius though. Lavelle is the only man in the world who thinks South are still worth believing in and he gives the tedious shuffle of ‘Ever Rest’ to their singer, Joel Cadbury, to do his worst Thom Yorke to. Order (if that noun can really be employed in this context) is restored with closer, ‘Another Night Out’. Sung by Mark Lanegan – a man who’s made an art form out of phoning in a performance – this isn’t anywhere near as affecting as it strives to be but is blessed with a sublime melody which, delivered in Lanegan’s sandpaper croak, looks towards the setting sun with a misplaced sense of dignity like Lee Hazelwood on a comedown.