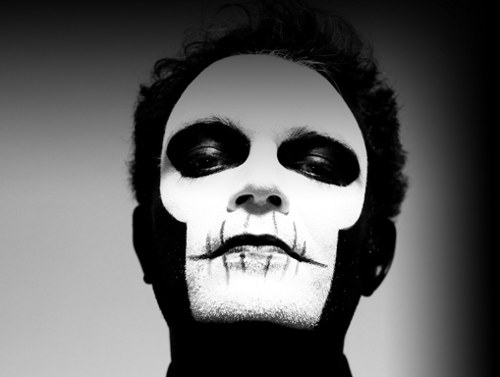 Greco-Roman super villain Drums of Death will release his debut album this August.

It’s titled Generation Hexed, and represents “a broader view” of the man who made a name for himself in 2008 on the basis of his wild live shows, before collaborating with Peaches and releasing dance floor singles for the Hot Chip associated Greco-Roman label.

Generation Hexed promises “rave horns and love songs, ranging from blistering acid house to instrumental space hop to piano power ballads and everything in between”, and will be released in the UK on August 23, and in Europe and Japan at the end of September.

“This is pop music on my terms”, states Drums of Death, real name Colin Bailey. “This is the start of something and I hope you all like it.” The album was started in the early part of this year, with guidance from Greco-Roman’s Alexander Waldron and Hot Chip’s Joe Goddard. Gonzalez features on piano.

The album will be accompanied by a live tour and a series of dancefloor-orientated Dubs of Death singles. For a taste of what to expect, you can download ‘Lonely Days’, and the accompanying ‘Lonely Dub’ on the Drums of Death website.