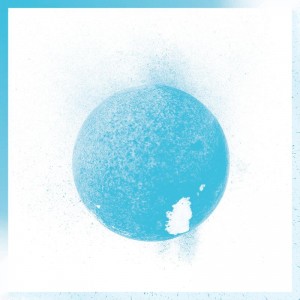 Baths is yet another artist from the seemingly bottomless pool of L.A. “beat scene” producers, a scene that seems to endlessly churn out new names, each of whom have their own unique take on the city’s dreamy, often drugged-up hip-hop music.

Often these differences are minuscule, and a legion of producers making pretty, rhythmic music without a particularly developed style becomes tiring after the fourth or fifth album of meandering beats you’ve heard that month. Will ‘Baths’ Wiesenfeld thankfully seems to approach all this from a completely different angle, a beat-oriented music rooted in something like indie rock, with a unique preoccupation with the childish and a refreshing lack of self-awareness. Whilst so many of his contemporaries are content with making beats that swoon and shimmer and little more, Baths is more concerned with coherent structure and sharper, more palpable sounds. You’ll find little of that breezy soft-focus here; even when Baths’ tracks are overwhelming, they’re crowded with sharp angles and tiny shards, not wide swathes of fuzz.

Cerulean begins with one such track, ‘Apologetic Shoulder Blades’, where fluttering strings are contrasted with crashing drums as the track builds towards its climax with hundreds of tiny, indefinable sounds pinging away at its chaotic centre. This is a trick repeated again and again: the innocent juxtaposed with harsh reality, and with violent force.  It can be heard in the way string trills are turned into violent staccato daggers on ‘Maximalist’; the way the overdriven beat eclipses the piano in, um, the track with the heart symbol (‘♥’).  There are times when the childish leanings are allowed to run freely: to good effect on the gorgeous slide guitar-driven ‘Aminals’ where harsh drill-n-bass drums are used to add to the excitable giddiness, and to unfortunate effect on the uncomfortably cutesy vocals of ‘Lovely Bloodflow’.

So enters the sore point of the LP – vocals prove both a blessing and a curse. When the vocals are bearable, they add a meaningful new dimension to Baths’ music, and there’s no denying this dude has a way with melodies. Unfortunately, his voice isn’t always capable of carrying them, which either leads to weird, unpleasant tones (‘Lovely Bloodflow’) or a big yelpy mess (the unforgivable ‘You’re My Excuse to Travel’, with its sub-Avey Tare warbles and dead serious slow-motion Death Cab piano). It’s better when he’s either singing in hushed tones, like on Cerulean’s gorgeous closer ‘Departure’, or using his voice as simply another obfuscated texture as on the shoegazey ‘Indoorsy’. Sometimes he finds the balance between shriek and whisper, moments that hold immense promise both for his future in music and his potential popularity – the obvious example of which is ‘Hall’ with its descending spiral progression and dangerously infectious vocal melody.

There’s a lot to get excited about Cerulean but there’s also a ceiling, because it just sounds like a shaky debut album. There are too many failed experiments for it to be anything more than an interesting start, and even if Baths does have a lot going for him he still has much to do to completely set him apart from similar sounding artists. There are tracks here that sound almost completely disposable, like they could belong to any no-name bedroom producer (namely the snoozy ‘Rafting Starlit Everglades’), but then there are stunning moments where everything works, like the pure heaven of ‘Aminals’ or the sublime resignation and understated devastation of ‘Rain Smell’.  I can’t say what the right next move is – ditch the vocals or simply hone them – but whatever Baths does, I’ll be listening.  You just can’t ignore something as promising as this.