Cassette playa: in praise of tapes

The notion that technology is always improving is riddled with holes. Music has suffered in the digital age, and we should lay the blame on formats.

Both the CD and its bastard spawn, the mp3, have made convenience the priority, but at the expense of factors crucial to the consumer’s identification with recorded music. Music was first disassociated with imagery, and its tangibility reduced, with the mass abandonment of vinyl in favour of the CD. Then it was disembodied, made ethereal, and had its fundamental connection to its author ruptured with the arrival of the mp3. This break is made literal in the process of digital encoding: one is no longer ‘listening’ to music, but rather ‘hearing’ an aural snapshot of it.

This distinction between ‘listening’ and ‘hearing’ is crucial.

This distinction between ‘listening’ and ‘hearing’ is crucial. At its heart are concerns that are usually the preserve of the deeply unfashionable science of the audiophile. Vinyl’s persistent success has everything to do with ordinary people’s implicit, almost sub-conscious grasp of the superiority of analogue sound, a sound that suckles the listener. On the other hand, the imminent collapse of the  ‘music industry’ might just be to do with force-fed malcontents who, in the face of digitised music and by the even less satisfying qualities of lower bit-rates, have failed to keep coming back for more.

Cast your mind back to the first time you heard a CD. The sound was so clear, even at loud volumes. In comparison to the crackling of unloved vinyl its superiority seemed a no-brainer. But fast-forward to your first experience of an mp3 and the chances are that you gave no thought to its sound quality at all. As if by sleight of hand, convenience became everything. But it didn’t have to be like this. There was a convenience format already in existence, an analogue one that’s still throwing darts even though the landlord has called time.

The Walkman will kick the iPod’s ass.

If you ever get the chance to compare the sound of an iPod with a peak-period Sony Walkman, leap at the opportunity. Models to look out for especially are the (admittedly cumbersome) WM-D6C, resplendent with recording features, the legendary WM-DD9 with its twin motors and quartz-locked playback system, or the equally feted WM-DC2. Give the Walkman a reasonably well-recorded or commercially pre-recorded cassette and it will kick the iPod’s ass. Your ears won’t believe what they’re hearing: the body, the punch and the bite are quite remarkable. 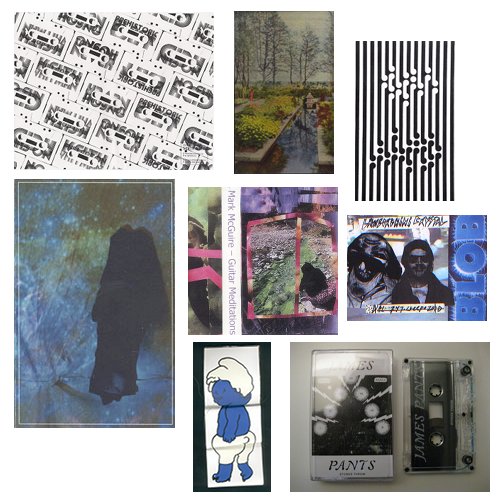 Introduced in 1963 by Phillips, the ‘Compact Cassette’ was created as a convenient means of recording the spoken voice (interviews, memos, for use in the court-room). The format became a runaway success when Phillips decided to license it for free. Audiophiles may have considered it a runt compared to vinyl, but by the 80s cassettes were outselling vinyl LPs. Furthermore, by the end of that decade engineers and manufacturers had worked out how to wring every last bit magic from the format. Japanese manufacturer Nakamichi led the pack in this respect by abandoning the Prague EQ format for proportioning the weight of the sound curve to magnetic tape and came up with a series of machines which managed to exceed the sound quality of the then nascent CD, as well as packing the full warmth and depth of analogue audio.

Nakamichi are most famous for machines like The Dragon (the only tape deck to make Stereophile magazine’s ‘Top 100 Audio Artefacts Ever’ list) and the almost hilariously over-engineered RX-505 – which flipped the cassette itself rather than chance misaligned heads in the standard auto-reverse procedure. The RX-505 can be seen starring alongside Mickey Rourke and Kim Basinger in 9 1/2 Weeks. However, aficionados confidently pronounce that the truly great “Naks” are the less flashy CR-7E and ZX-9 decks which concentrated on nailing playback and recording and ignoring superfluity. Nakamichis are wonderful machines but perhaps not such a sensible purchase today. Second-hand models can be serviced by speaker manufacturer Bowers and Wilkins in the UK, but remain notoriously difficult to maintain in peak condition, often the victims of mechanical failure. Furthermore, their eccentric approach to the sonic spectrum means that while no other tape may sound as good as one recorded on a Nak, on another manufacturer’s machine it won’t perform equally well. Such was the cost for tearing up the rulebook.

Other leading lights were the firms Revox and Tandberg. Switzerland’s Studer Revox spooned their huge mechanical knowledge and expertise gleaned from being at the forefront of open-reel ‘Reel-to-Reel’ manufacture (they created legendary machines like the A77) into magnificent decks like the B710 and the B215. The Revox decks are built like proverbial tanks to Swiss standards. Norwegian firm Tandberg are famous for their 3014A and, should you wish to chance your luck and find a second-hand cassette deck, the Tascam 122’s are also excellent and hard-wearing. Buyers of this calibre of machine often remark at the wondrousness of being able to acquire the greatest object of its kind for only a few hundred dollars, not the sort of thing that is readily achievable these days.

While the hardcore of tape aesthetes despair of declining manufacturing standards, through the 90s there were still a raft of good decks being made, albeit none which really match the quality of these aforementioned classic decks. Sony’s 3-headed ES range were excellently engineered and Pioneer continued to spend money on research and development long into the last decade, routinely turning out machines like the CT-W806DR which were pimped with high-end features like individual capstan motors and their Flex system, an intelligently crafted response to Dolby’s NX technology. The CD certainly didn’t kill cassettes, a fact which is underscored by the format’s continued (and perhaps only just beginning to wane) importance in the second and third world. The cassette was massive in Africa where it survived the rigours of the climate infinitely better than vinyl, the same climate that has probably stymied CDs’ growth. For a brief window if you wanted to buy some of the now depleted resource of Metal Audio cassettes, one of the last remaining manufacturers were Turkey’s Raks. 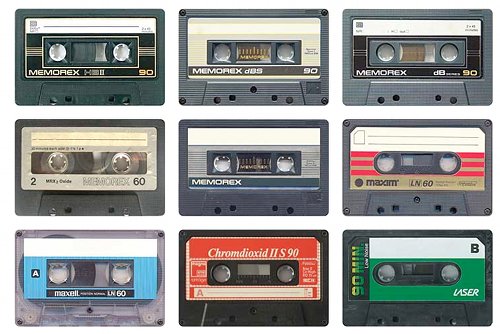 I didn’t mention that stocks of cassettes were low? There are three types of audio cassettes: Ferric, Chrome and Metal each with a broader dynamic range making them a successively livelier listen. The only remaining Chrome tapes available for purchase in the UK are TDK’s SA series; not bad, but nothing on Extended Chrome offerings like the now deleted Fuju Zii or TDK’s SA-X series. As for Metals, sealed ones can be found online eked out by unscrupulous dealers for up to thirty pounds each. The prize trophy must go to TDK’s quite exquisite MA-XG series that come in clear steel-framed enclosures like mini reel-to-reel. But equally, if you come upon a stash of Sony Metal Master or Fuji Metal Z, don’t snooze. It’s probably also worth mentioning that there are advocates for the lowly ferric too, for instance people who insist they respond in their own particular way to acoustic music, and renegade ‘Position Normal’ formats like TDK’s AR-X which gain praise for their sumptuous mid-range responsiveness.

When you make a cassette you don’t just choose 90 minutes of music, you actually have to sit through that selection.

A lot has been written about the form of the mixtape in the past,  from essays by Geoffrey O’Brien who described it as “the most widely-practised American art-form” to extended tracts in Nick Hornby’s High Fidelity to Thurston Moore’s 2004 book The Art Of Cassette Culture, which showcased the lovingly crafted artwork that accompanied these symphonies of love. However, for our purposes it will simply serve to reflect that in the headlong rush towards the convenience of the digital format we have forgotten the rituals that ensured that a homespun collection of music was something to be cherished.

When you make a cassette you don’t just choose 90 minutes of music, you actually have to sit through that selection. You enjoy the process of crafting something you want to listen to again. There is no comparison here with iTunes where tracks are dropped blindly into a play-list. The same level of engagement extends to listening to these wretched play-lists. We skip and shuffle restlessly through them. It is paradoxical that the iPod and the CD Recorder (infuriatingly counter-intuitive when compared to the ease of recording with a tape deck) are in fact often burdened with their own illogic. There’s nothing particularly convenient about having a million tracks at your fingertips, when all you want is the equivalent of two C90s, your latest mix and your most recent purchase.

It’s no secret that the cassette is enjoying a renaissance in underground music culture; an enduring staple of the global noise and industrial scenes, the cassette has since become the favoured medium for a whole new generation of artists, from “hypnagogic” psychedelicists to bedroom pop eccentrics – nostalgia and an inherent fondness for the esoteric play a part in this, certainly, but the nub of it all remains the cheapness and ease with which tapes can be recorded and copies made. Here are five tapes from recent times that prompted us to dust down our Walkmen.

1. Dolphins Into The Future – …On Sea-Faring Isolation (Cetacean Nation Cassettes, 2009)
A new-age influenced, hypnagogic odyssey like no other, this positively amniotic set makes the most of tape’s naturally rich, enveloping sound.

2. Position Normal – Position Normal (Rum Records, 2009)
Their very name is a reference to cassettes; it was only right, therefore, that Position Normal – widely regarded as a key influence on artists like The Focus Group and Moon Wiring Club – should release their latest album on tape before making it available on other formats.

5. Cold Cave – New Morale Relationship (Hospital Productions, 2010)
Cold Cave are best known for their Matador-licensed Love Comes Close LP, but their most interesting releases are invariably the short-run cassettes which they knock out on the sly. This is their most recent effort, released via Prurient’s cassette-obsessed Hospital Productions.

Hungry for tapes? Find a terrific selection on sale at Second Layer or Volcanic Tongue in the UK, and Mimaroglu or Hospital Productions in the States.