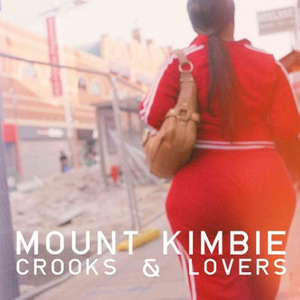 To call Mount Kimbie dubstep would be unfair. Unfair to the London-based duo’s lovingly crafted and deeply hypnotising music, and unfair because dubstep as a term has become increasingly incapable of giving the average listener a decent idea of the depth of styles that it’s capable of. Back in 2004-2005 when nobody was paying much attention to it, it worked, and the likes of Mala, Kode9, Scuba, Loefah and Skream could happily co-exist under the term. Since the genre’s world-conquering explosion however, it’s become increasingly difficult to imagine its more adventurous releases with the D-word in mind.

Still, it’s a necessity if you will, and labels like Scuba’s Hotflush Records continue to work unrestricted by genre terms, giving a home to this pair of unassuming producers, who last month followed their acclaimed EPs for the label with a long-awaited album.

Crooks and Lovers is everything that Mount Kimbie fans would’ve expected and a little more, the sonic equivalent of a lush daydream if you will. It offers blissful field recordings combined with folky guitar riffs and disjointed rhythms, such as on opener ‘Tunnelvision’ or ‘Adriatic’, and intersperses them with more upbeat, funky numbers that manage to retain this disjointed, stuttering feel. ‘Before I Move Off’, for example, trudges along on a head-nodding drum pattern, backed by unusual guitar and piano that build with no release in sight, until suddenly vocal samples drop, providing the track’s release and coating it in a sugary R’n’B gloss. The result is remarkably addictive and irresistible, despite your brain telling you that it shouldn’t quite all work together. And therein lies Crooks & Lovers’ magic.

Elsewhere the album delves into more traditional dubstep realms. On ‘Ruby’ Kimbie combine their dreamy atmospherics with a 2step swing stripped bare, warping the whole thing in a warm blanket of bass, but the track still manages to bypass established dubstep conventions and retain a unique sound that fits perfectly in the album’s daydreaming whole.

‘Field’ is another track that breaks the mould of convention and gets away with it. Starting with a looped, filtered rhythm that quickly builds before disappearing without a hint of a conventional drop, it gives way to guitar riffs, bassy drums and found sound, resulting in a deliciously engrossing number that’s short enough to jolt you out of the reverie induced by the album’s previous tracks.

The album is also remarkably well constructed, with the kind of flow that’s rarely found in dance music long players (though in many ways, this is as far from dance music as you can get while still remaining it). Case in point: ‘Field’ gives away to ‘Mayor’, Crooks & Lovers’ penultimate track and without a doubt its highlight; the perfect reward for sticking with the pair until the end. Offering the same kind of addictive funk that makes James Blake so remarkable, it sees a rhythm track of recorded sounds and software drums used as a foundation for Mount Kimbie to layer cut up vocals and deliriously hectic synth stabs, with a trademark switch in the rhythm track half way through.

Crooks & Lovers ranks high up in the short but steadily growing list of “dubstep long players that don’t suck”, sitting alongside offerings from the likes of Kode9, Burial, Martyn and, looking closer to Mount Kimbie’s home, Scuba. And that’s because, as with the others, Crooks & Lovers is far from a strict dubstep album, managing to do its own thing through playing with the genre’s conventions and applying them where they fit, while never being afraid to twist them into fresh, new shapes where they don’t.