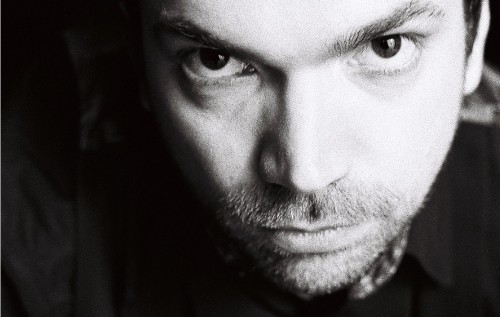 FACT is delighted to be able to offer you an exclusive stream of The Traveller, the new album by Shed.

Due to be released on August 30 by Ostgut Ton, The Traveller is the follow-up to Shed’s hugely acclaimed 2008 debut, Shedding The Past, and finds the Berlin resident – real name Rene Pawlowitz – affirming his position as one of the most distinctive and daring producers working in techno today.

The new record is less explicitly sombre than its predecessor, but it’s still an agreeably edgy, inward-looking affair. ‘Atmo – Action’, ‘The Traveller’, ‘Hdrtm’ and ‘Mayday’ are as artfully arranged and subtly escalating as Convextion’s finest work, while the starlit melodies of ’44A (Hardwax Forever!)’ recall the exploratory heyday of The Black Dog and Autechre. For all the compositional excellence on display, though, the focus throughout The Traveller is Pawlowitz’s mastery of percussion, of groove manipulation: ‘Keep Time’ is essentially a drum track, but more riveting than most anything released this year, while ‘The Bot’ takes dubstep minimalism to a new level of spatial abstraction.

Not everything is so skeletal, and there are moments of real widescreen intensity: ‘Hdrtm’ is “close”, immersive looped techno reminiscent of Porter Ricks and Basic Channel, while ‘Mr R-Class’ is a streamlined acid cruise missile, elegant and devastating. Shed’s skill here is in taking familiar tropes of dancefloor excess and rendering them newly eerie, uncanny, disrupting them with field recordings, ominous drones, skittering insect melodies. ‘Final Experiment’ revisits the gloopy synths of Shedding The Past‘s ‘Another Wedged Chicken’, this time strapping them to a lean dubstep-derived chassis, and the album closes with ‘Leave Things’, its gushing, tranced-out chords and thunderous, jungle-leaning breakbeats nodding to Aphex Twin’s ‘Polynomial-C’ and a lost halcyon age of British rave.

The Traveller is a hugely accomplished work from one of our brightest talents, and its success lies in its invocation of a time when techno didn’t refer to a particular micro-style or BPM, but rather an overriding spirit of invention and experimentation, a rave-framed pursuit of the electronic sublime. There’s no doubt that it’s one of 2010’s most important albums, so don’t miss this opportunity to listen to it in full, a week ahead of release.