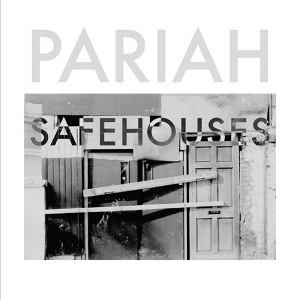 When R&S Records was re-launched in 2008, it was easy to be skeptical. Up to that point, the Belgian label had had an almost spotless track record and had released such a dizzying array of classic rave and techno (try the likes of Outlander’s ‘Vamp’, Joey Beltram’s ‘Energy Flash’ and Ken Ishii’s ‘Extra’ for starters), that it seemed like pure folly that they would risk sullying their peerless reputation with lackluster tracks and artists, as so many relaunched labels are wont to do.

No danger. Flick forward to 2010 and this writer is munching on his words, big time. In the wake of sterling tech-house cuts from Radio Slave, Shlomi Aber and Fabrice Lig, R&S has set its sights on the UK’s bass music, but rather than jumping on the bandwagon, it’s got its finger firmly on the pulse. James Blake’s recent ‘CMYK’ EP was a near-classic, game changing blast from leftfield, and now we have Pariah touching down with his second release for the imprint.

’The Slump’ rolls on bodypopping, old school electro beats and polyrhythmic percussion, a mix ‘n’ blend of ‘Planet Rock’, Cybotron’s ‘Clear’ and garagey vox interjections, with a floating, tentative ambient cumulus that elevates the track into the ether. ‘Prism’ is the one that will have most tongues wagging though; percolating acid basslines flowing like lava over weird half-electro, stepping beats, before a vast femme vocal takes it into the ‘Hyph Mngo’ dimension and club dynamite territory. Strong words? Many have tried and failed to emulate Joy Orbison’s bass mega-hit, after all. But this is something else, an evolution, taking inspiration from it, sure, but also pushing things forward. One of the tunes of 2010, doubtless.

‘Railroad’ is more conventional modern garage, but extremely good with it, tear-streaked heartbreak synth melodies riding shuffling 2step beats with the occasional Amen break rearing its welcome head. ‘Crossed Out’ is the most by-numbers cut here – good by the standards of most, but not by Pariah’s.

‘C-Beams’ is wonky computer hop heard through a peyote haze, a psychedelic Zomby / FlyLo derivative. Lastly, the final number and title track is a beautiful ambient synth emission, like staring from the deck of a space station into the engulfing, terrifyingly beautiful infinity beyond. Safehouses is the announcement of an extraordinary new producer, and proves that R&S remains a force to reckon with.