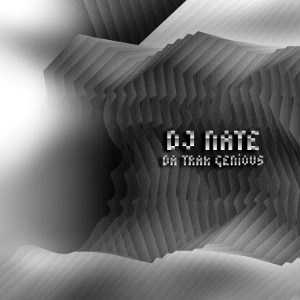 Footwork is a fiercely competitive, complex and acrobatic form of dancing that evolved in Chicago from the city’s ghetto house and hip-hop scenes. It also refers to the style of music that mutated alongside it, a stuttering, chopped, processed mesh of hip-hop and R’n’B samples and machine-gun drum machine shrapnel that veers wildly from bubbling double-time beats to crunk rollers, sometimes cutting between juke tempo and hip-hop in one song.

DJ Nate is one of juke’s most unique producers, and now, like fellow Chi-town residents DJ Roc and DJ Rashad, he’s had his best cuts compiled and released by fearless electronic imprint Planet Mu. The timing couldn’t be better, as tunes by UK artists like Ramadanman and Addison Groove have been toying with elements of footwork recently to huge success. Da Trak Genious, then, is a dose of the real thing – a mammoth 25 tunes, in fact.

This definitely ain’t home listening. Intensely minimal, with looped pop and R’n’B vocals and stammering kickdrums; apart from the booming bass touches, there’s seldom much going on in these tracks, but there’s a lot to enjoy about them. The sample manipulation recalls old school hardcore – the sped up, femme vox, the frenetic beats – albeit a form developed in Chicago, seemingly independent of UK influences. At times the results are ghostly and otherworldy, at others they’re frenetic – ‘You’re Gonna Love Me’, for instance, is a rush of soul repetition, surging snares and thundering beats, that you can imagine driving footworkers into ever more complex and delirious displays of fancy, well, footwork.

Be forewarned, this is supremely stripped-down, sparse stuff. Its lo-fi simplicity certainly won’t be to everyone’s taste and it may be easier to understand in the context of the street dance it accompanies. But as an introduction, it’s fascinating and will no doubt enliven the most adventurous DJs’ sets no end.