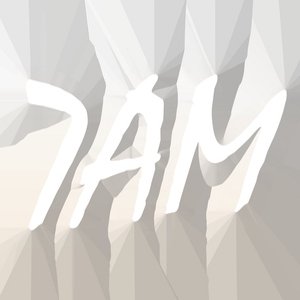 Music, in 2010, comes with more stigmas attached to it than ever. Take house music, one of the genres that’s suffered most at the hands of the modern age; oversaturated with identikit digital releases nodding to the same reference points while completely missing the point of those classic recordings. Sometimes you need figures from outside of your world to breathe life into it; to remind you of what was once great about it. Teengirl Fantasy, with their debut album 7AM, have arguably done that more than any house album this year.

Teengirl Fantasy clearly love house music; even before the colossal, all-conquering ‘Cheaters’ was leaked earlier this year they were professing their love for Chez Damier, but they also seem to keep a healthy distance from it. Far from it for me to put words in their mouth, but I doubt they give too much of a shit about the legacy of Chicago – they just love some of those records. And that’s why, on 7AM, they make house music that’s completely free of pressure, standards and stigma; house music that melts down in front of your eyes, that’s as rough as any J Dilla record, and full of gloriously pop-rooted vocal samples.

In terms of the actual sounds used on this album, there’s comparisons to be made between Teengirl Fantasy and Animal Collective, but whereas 90% of Animal Collective’s career has seen them use these earthy tones to create something washed out and impenetrable (bar, obviously, during their later, more human moments such as ‘My Girls’ and ‘Summertime Clothes’), Teengirl Fantasy use them to create a world that’s inviting, human, and most vitally, funky. ‘In the Rain’, for instance, pairs them with bouncy basslines and tropical drums, while ‘Koi Pond’ drowns them in drums more akin to a Paul Ritch or Plastikman record, and ‘Further the Feeling’ fits them into a playful melody that skips around you ‘til you’re dizzy.

There are two obvious stand-outs on 7AM, and they’re both among the tracks of the year – the incredible ‘Cheaters’, which has been discussed plenty here, and ‘Dancing in Slow Motion’, a Polaroid-shot slow jam full of tumbling 808s, gongs, finger clicks and at one point, some sort of pan-pipes; Light Asylum’s Shannon Funchess featuring with one of the vocal performances of the year. But perhaps what’s most impressive about 7AM is how much better these tracks sound in the context of the album; a perfectly arranged nine-track LP that makes complete sense as a whole, and arrives completely free of self-consciousness – a rare occurrence in an age where house music has a genuine problem simply letting go.

You can stream 7AM all week at the FACT site, here.