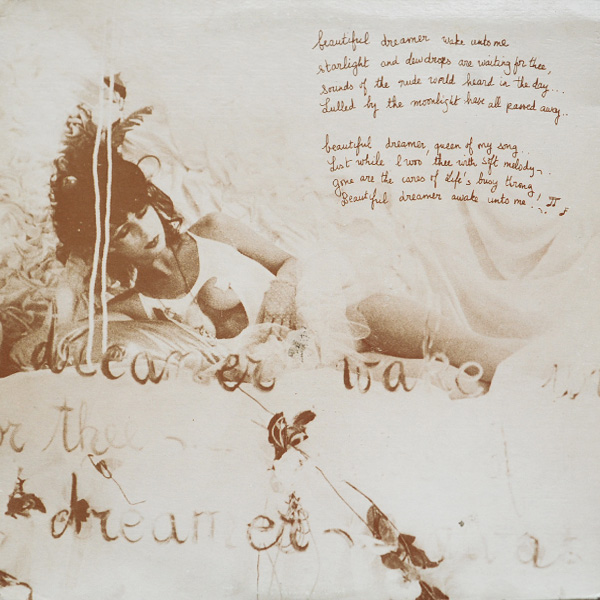 Justine and the Victorian Punks – Still You


Colette is a revered figure in New York avant-garde lore, if little-known outside of it.

Born in Tunisia and raised in France, she has worked variously as a musician, film-maker, photographer, painter and performance artist over the past forty-odd years, but her most radical and notorious practice has been that of turning her own life into art, following a strange fictional narrative of her own making and assuming a number of different identities and personas. This process began in 1978 when Colette declared herself dead, held her funeral at the Mudd Club, and then resurrected herself as Justine.

Justine hooked up with Peter Gordon and his Love of Life Orchestra – who were discovered by a new generation when James Murphy and Pat Mahoney’s included two of their tracks on their 2007 FabricLive mix – and set about recording new music, which they presciently christened “disco-punk”, under the name Justine and the Victorian Punks. Two tracks, ‘Beautiful Dreamer’ and ‘Still You’, were recorded with engineer Jay Burnett (who later worked on Bambaataa’s ‘Planet Rock’) at Electric Lady Studios and released via Justine’s own Colette Is Dead Co. Ltd private press. Original copies are virtually impossible to get hold of.

‘Beautiful Dreamer’, conceived as the soundtrack for an installation piece of the same name, places Gordon’s saxophone centre stage, with Justine’s lullaby-like vocal bolstered by a mid-tempo disco beat and choral backing from Shelley Hirsch.  ‘Still You’ is a charming, killer-basslined cover of Lucio Battisti’s ‘Ancora Tu’, with Justine and Gordon exchanging spoken-word vocals.

DFA are now set to reissue this 12″, retaining the original’s decadent cover art and also including a limited edition poster. The release is part of a wider Peter Gordon reissue programme undertaken by the label, set to culminate in the release of a definitive compilation later this year.

Tracklist:
A1. Beautiful Dreamer
B1. Still You