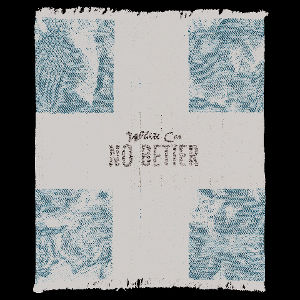 Available on: Hippos in Tanks 12″

White Car’s No Better is billed as an album, which feels a bit generous for a four-track 12″. But the fact is that there’s more substance to these four tracks then there are to most 12-song odysseys released this or any other month.

Hailing from Chicago, Elon Katz and Orion Martin’s torrid electronic pop harks back to the leather-clad heyday of 80s EBM and the more aggressive fringes of cold wave, but also – crucially – the frigidly funky offerings of vintage Prince. We’ve come to expect synth-pop to sound under-written and self-evidently bedroom-produced, but White Car’s music has real depth, real composure. Rather than every element being upfront and in your face, or pushed to the back behind a veil of distortion – the two most common DIY recording practices – they’re arranged here with terrific spatial awareness, making for music that is streamlined without being strictly minimalist. That Katz is only 22 is makes the sheer poise of No Better all the more astonishing.

The 12″ commences with its title track, a creeping, insistent number that made me think of early Model 500 gone goth: all jackhammering 808 beats, withering synthesized horns and Katz’s dramatic, Andrew Eldritch-esque baritone. ‘Feel Hunt’ is more rooted in electro-boogie, stuttering percussion framing furious analogue synth jabs. “Locate the target / lock on the beast,” commands Katz, and it’s testament to the  sleek, shark-eyed quality of his delivery that one doesn’t laugh out loud.

‘Spread Spit Slap’ is moodier, tom-toms rolling across beautifully hung minor key synth chords and piontillistic clips of what sounds like a human burp – there’s something of the mischievousness and mirth of mid-period Drexciya here.  Closer ‘Reality Beat’, with its killer robo-funk sequences, comes over like a more suave and self-contained Stereo Image. “No more physicality,” declares Katz, somewhat ironically given the sheer vigour and presence of his music, before asking,”Don’t you feel safe with me?”

The answer to that question is yes, and no. No Better is warm, welcoming and rooted in the familiar, but its atmosphere of dank sexuality and paranoia makes it anything but comfort food.