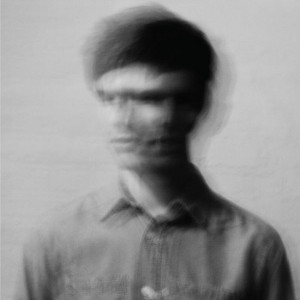 The piano and the acoustic guitar are instruments beloved of singer-songwriters because they exude earnestness. It’s hard to hear a piano as it’s used in most pop music and not think of homely, soft memories. But James Blake here distorts the piano, stretching it out to its alien, anti-corporeal limits. The piano use on ‘Klavierwerke’ is anything but gentle, though it is comforting. This is a record of soft sounds and minimalism, but all the instruments involved feel otherworldly. The songs all feel like they have deeper, more consolidated songs suspended somewhere above them. It’s music that’s innately modest.

Opening title track starts with a well-tempered chord echoing out, then voices come in, hushing the piano down, and finally a looped throb begins, and the piano is a distant memory. So it is throughout the EP. The piano is only used as punctuation, not the meat of the track. It comes in at precisely the right moment to get the song going, then becomes a spectral absence hanging over the rest of the song.

‘I Only Know (What I Know Now)’ is the best song of a superlative bunch, glitchy and much more complex than it initially seems. A drip-drop loop rings in the background, but with skewed vocals and, most importantly, this bassline that you scarcely notice but which makes the whole song. Elsewhere on ‘Tell Her Safe’, the one constant throughout the song is endless analogue hiss, sounding like distant, constant rain.

There are three basic sounds used throughout the EP to maximal effect: the ringing piano chord, the muffled analogue loop, and the withering, pitch-shifted vocal. They are rarely used all at once, instead ruling over their own parts of songs only then for a new element to come and overlap them. So as the vocal samples wince and recoil seemingly ad infinitum, a piano chord will suddenly be struck and the mood changes completely. All the songs are subtly constructed, and you get the feeling that everything is exactly in place, that to change anything even slightly would be to diminish it.

It’s easy to attach clichés to this kind of music, especially post-Burial. Go on about how delicate it sounds, how it forms a sonic landscape etc. Most clichés are usually clichéd because they’re true, but sometimes they can be used to give automatic descriptions to things which warrant closer investigation. And I think that this EP, and James Blake in general, is one of those things. It shows great promise for the future as this, his fourth EP in two years, is very much his best yet. Burial was an artist who was universally adored, and it seems to me that Blake could be his natural successor, taking Burial’s essential philosophy and advancing it, making it new.