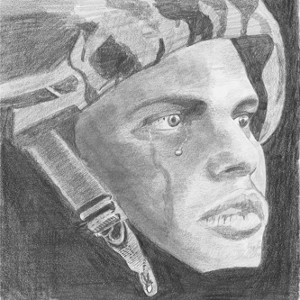 Olde English Spelling Bee seem to be a label on a mission at the moment, determined to release the best independent pop music imaginable. In the last twelve months the New York imprint has given us inspired offerings from Ducktails, Forest Swords and Big Troubles, and now they can add Autre Ne Veut to the list. This self-titled debut LP sees the singer-songwriter use a similar lo-fi pop template to his labelmates as a springboard from which to launch himself at everything from ’80s soul and electro to ’90s r’n’b and electronica, all fused together by his distinctive disjointed harmonies.

The tracks are often constructed around one key element, whether it’s the playful synth line in ‘Demoneyez’ or the militaristic shuffling snares of ‘Soldier’. However this simplicity disguises an ear for detail that only reveals itself on repeat listens, most noticeably in the sluggish bassline and delicately layered vocals offered up on album highlight ‘OMG’.

That’s not to say that the album is without its faults: the vacuous crooning on ‘Emotional’ leaves an after-taste of self-indulgence and I’m sure there are those for whom the LP’s moments of un-tempered saccharine sentiment may be too much to bear. Yet for those of us who see “pop” as an aspiration rather than a dirty word, this is another intriguing release from a label that clearly prides itself on that same philosophy.