Swans: My Father will Guide Me… 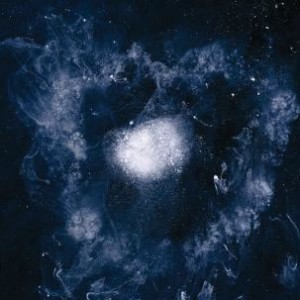 The last Swans album was released when I was 16 years old. I am now a self-proclaimed grizzled veteran of this journey we call life, and being such, it comes as a massive relief to know there are others far more grizzled and veteran than I. Not wanting to sound macho or misogynist, but it is incredibly difficult to avoid reaching the conclusion that 2010 Swans is man music. Not the overly aggro, pumped up-yet-empty posturing of your metalcore bands, nor the bleak isolationist moans of too many bedroom producers. This record is the sound of reassuringly ugly men (some beautiful in their ugliness) pooling their near-infinite experience; so stoical that I would describe them as artisans, were My Father… not such a work of art.

Swans are back from the dead. But this isn’t your Pixies/Soundgarden/Faith No More lap of honour around the world, collect £2 million when you pass Go, back-slap reunion that’ll take care of the property tax for a few more years but little else. Swans/Angels of Light/Young God Records mastermind Michael Gira was clearly determined not to be lumped in with the nostalgia brigade from the beginning, as no sooner had he announced Swans were reborn, than the news of a completed album exploded the anticipation glands of any discerning music fan. First new album in 14 years, and the last decade of Angels of Light was reassuring to say the least when wondering whether this new one would be quality.

But what does it sound like? Thankfully, it is not a return to the sound of anything. The last Neurosis album saw members of the band compare it to Enemy of the Sun and “the heaviest album we have done since that other one”. My Father…, in contrast, is a Swans album in as much as it sounds as one would imagine Swans to sound like in 2010. It’s not a callback to the sadistic bludgeon of 1983’s Filth any more than it is the dark flower power of 1992’s Love of Life. Some of it could even have been on an Angels of Light record. But that’s not the point. For the most part, this is a dark, intense piece of work; any musical levity on here is no different to the lighter elements common to much pre-AoL Gira.

Brief folky near-shanty ‘Reeling the Liars In’, for instance, is a melodic sing-along and no lighter than something like ‘Her’, from the aforementioned Love of Life, or White Light from the Mouth of Infinity’s ‘Song for the Sun’. It does, however, follow the audacious ten-minute opener ‘No Words/No Thoughts’, which is an altogether rougher ride. Looped chiming gives way, on that one, to thunderous strumming amid what sounds like the dying of dinosaurs; Brachiosaur carcasses boom as they make contact with the ground while pteranodons fall, wailing, out of the air. And that’s just the intro. Whether small tinkling bells or shimmering, shuddering piano, there is always high frequency interest amid the incredible depths of guitar and vocal, which is still something of a rarity in the world of rock music.

The heaviness there, though pervading most of the album, is not one of aggression. It’s an intensity, a sheer determination that is lacking from pretty much anything else you might care to name. Swans do not make heavy music; they make the music heavy. Just by being, it seems. There is an element of that golden era Bad Seeds: many middle aged men plying their trade in a manner so driven that their parts coalesce into a whole, and it is that whole which crushes. The density of arrangement is all. But unlike Nick Cave’s motley crew, Swans look unlikely to ever embrace the high camp of funny moustaches, grumpy old men and 9-to-5 Radio 2 rocking. Instead, they are responsible for a surprising slice of genius like ‘Inside Madeline’. What surprises about this one is not the fact it slips from disorienting sonic assault to serene and soothing, but rather the completely natural, unassuming fashion with which it does so. Michael Gira has not only been there and done that, but in terms of modern heavy music, he most likely invented ‘that’ in the first place.

Every year or two comes a record that is not strictly ‘better’ than everything else, but just stands apart as an organic, timeless statement. Earth in 2005, Scott Walker in 2006, Evangelista in 2007 are some examples. Every song on My Father Will Guide Me Up a Rope to the Sky is an obsessively crafted stand-out, whether the elegiac ‘Jim’, epic ‘Eden Prison’ or the unnerving ‘You Fucking People Make Me Sick’, which manages to combine frightening child voices, percussive atmospherics to make Lustmord suddenly awaken in a cold sweat, and the kind of epic instrumentation that makes you think a tribe of Others are making their way along the coast to slaughter you. At all points it sounds exactly like Michael Gira, and just like Swans, but never sounds like any already-existing Swans record. Comebacks shouldn’t be this good, this confident. They certainly never sound this fresh. The rule book is torn up and incinerated here, but this shouldn’t even be a surprise, considering that’s what Swans made a career doing. Surprise! Swans aren’t dead.