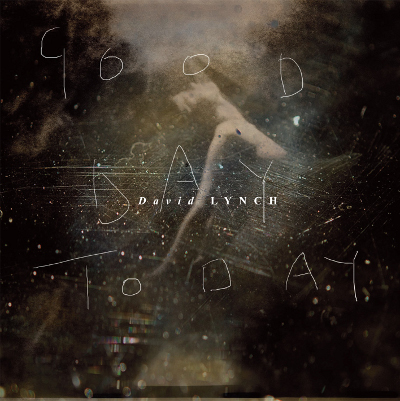 The creative genius behind Twin Peaks, Blue Velvet and Mulholland Drive has long been preoccupied with sound, and not just as a director. He co-scored his first picture, Eraserhead (1982), with Alan R. Splet, and collaborated with Angelo Badalamenti (long his composer of choice) on the ambient oddity Industrial Symphony No. 1: The Dream Of The Broken-Hearted (1990). More recently he contributed to Danger Mouse and Sparklehorse’s Dark Night Of The Soul project and worked with Marek Zebrowski on the Polish Night Music mini-album. The latter was released through Lynch’s own David Lynch Music Company.

“I was just sitting and these notes came and then I went down and started working with Dean [Hurley, his engineer] and then these few notes, ‘I want to have a good day, today’ came and the song was built around that,” Lynch tells The Guardian.

‘Good Day Today’ is a surprisingly punchy dance track, and features the 64-year-old himself on vocals, while ‘I Know’ is a bit more slouchy and rock ‘n’ roll-inflected. You can listen to ‘Good Day Today’ in full and a clip of ‘I Know’ right here:


The single is available digitally today, only via iTunes. Available to pre-order now is a deluxe vinyl edition of the release, including a number of specially commissioned remixes (TBA) and spread across two heavyweight 12″s housed in bespoke triple gatefold sleeve. This edition, crafted by The Vinyl Factory and designed by the brilliant Vaughan Oliver (responsible for album art by Cocteau Twins, Pixies and other 4AD big-hitters), also includes a signed print by the artist and a CD with all the tracks from the vinyl and digital versions. More info here.