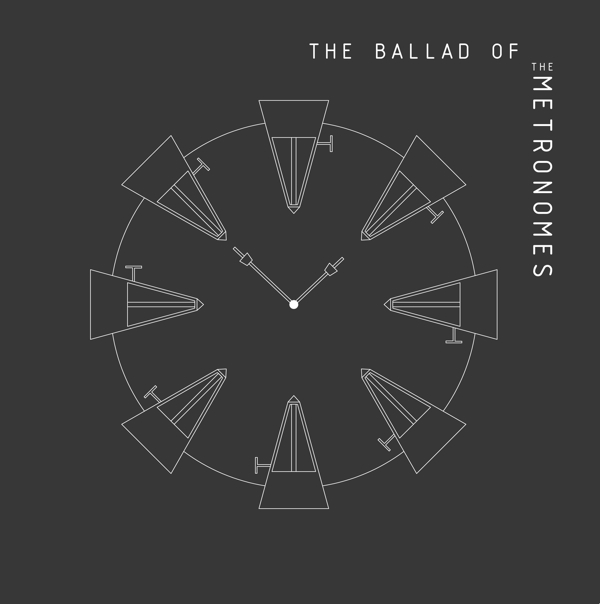 We’ve written at length in these pages before about our love of Mannequin Mailorder.

The Italian label has brought us some extraordinary reissues culled from the margins of 80s synth wave, goth, post-punk and electro-pop, as well as treating us to new releases from modern day standard-bearers like Frank (Just Frank) and Led Er Est.

Their latest offering is a lavish reissue of hard-to-find music by The Metronomes, who formed in Melbourne in 1979. Comprising members Al Webb, Andrew Picouleau and Ash Wednesday, the latter these days a member of Einsturzende Neubauten, The ‘Nomes recorded two classic minimal synth albums, Multiple Choice (1980) and Regular Guys (1985); both these albums feature in Mannequin’s lavish new triple-vinyl collection. The albums are pressed across two 12″s and housed in a gatefold cover with rare pictures and an insert with notes by Al Webb. As if that weren’t enough, a 7″ featuring tracks from the band’s ‘Saturday Night’/’Sunday Morning’ and ‘A Circuit Like Me’ singles is thrown into the bargain.

We’ll let Mannequin tell you more about the music and its provenance:

“Their first 7’’ single “Saturday Night’/’Sunday Morning’ came out in 1980, and featured a real metronome as rhythm section with instrumentals layered over. The second, ‘A Circuit Like Me’/’Closed Circuit’ from 1980, is more experimental in terms of drum machines and rhythm sections. Both sides were recorded using a borrowed Roland CR 78. It was the first time that they had used a vocal in their compositions, courtesy of a lady called Talking Judy.

“The first full-length, Multiple Choice, was recorded in the winter of 1980, using Roland Strings, a mini-Korg, some ARP synthesizers and a Boss DR-55, a drum machine that was intensivly used by many minimal synth bands during the 80s and by legendary bands like Sisters of Mercy or New Order in their first songs.

“The second album Regular Guys, published in 1985, was recorded after a break in which all the members’ various lives and careers took left and right hand turns. It was surely more premeditated, as most of the songs arrived in studio already written. Each writer had creative control over their respective songs, a long-standing Metronomes road rule; only one track had what you might call a spontaneous birth. The LP featured the next wave of synth toys like the Oberheim synth, Oberheim drum machine and Prophet 5. Once the programming was set up, the instrument tracks were bounced via a PCM box direct to video tape, a pioneering process which almost entirely eliminated tape hiss.”

Mannequin’s exquisite package is entitled The Ballad Of The Metronomes, and is being released in a hand-numbered, limited edition of 500. The first 100 copies will also include a self-explanatory bonus CD-R, The Metronomes Play Their Favourites. Find more information and pre-order the collection here, and download ‘A Circuit Like Me’ below.