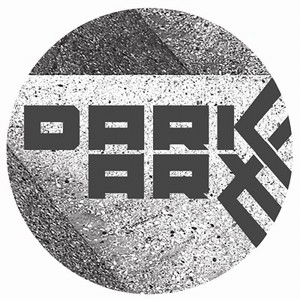 Maybe it’s the name, or the distinctive brown and black sleeves, but there’s something about fledgling London label Dark Arx that’s just, well, dark. Taking the heads-down techno/dubstep thing to a new extreme of brooding inward contemplation, their second release by eponymous label head Dark Arx provided particularly blackened variations on techno-infused bass music, only reflecting light off of imperceptible chips and flaws in its sooty industrial armour. Just as 002 offered a slight peek out of the darkness, however, 003 takes another hesitant step into extrovert territory with London newcomer Gerry Read.

Read combines the ubiquitous tropes of dubstep, UK house, future garage, whatever, and locks them together in a dingy warehouse. Opener ‘Dreamer’ sets the tone nicely with prickly bass riffs coating the room in spikes, as its diffuse chords shoot to the sides only to burst into startling explosions of static. The rolling 2step of ‘Climb’ sounds like an ancient field recording, the ritual dances of its roving basslines and foreign vocals obscured behind a cloth canopy: it provides a fascinating glimpse into a producer obviously as enamored with Shackleton as he is Burial. On the flipside, the 130bpm ‘Patterns’ is the record’s friendliest tune as sheets of foil synth crash into a rusty breakbeat: imagine Shed’s old Soloaction imprint if it were birthed in London. As the ever-productive dialogue between techno and dubstep threatens more and more to propagate a lifeless and boring formula, there are still inventive people at its margins, and Dark Arx is determined to bring them to the fore.