Brenmar: At It Again EP 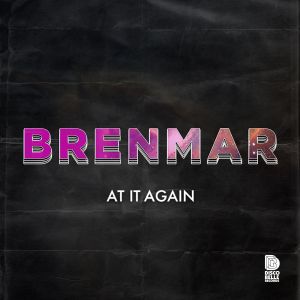 Recently selected as one of FACT’s producers to watch for 2011, Brenmar’s At It Again gives clear evidence as to why, shooting from the hip as a succinct amalgamation of 2010’s most interesting club aesthetics.

‘You Make Me Say’ opens the EP with the sort of rhythms from the middle-ground between footwork and funky that troubled more than their fair share of cochlea in 2010, before Brenmar takes his gift for soulful vocals to deeper reaches with ‘Taking It Down’ and the shadow-hued ‘At It Again’. It’s only natural given the quality and the international appeal that this EP offers up that the best of both shores are drafted for remix duties – Ikonika and Optimum bringing tumultuous house to ‘You Make Me Say’ and DJs Rashad, Earl and BMT leaving their stamp all over ‘At It Again’.

There’s an unmistakably global feel to Brenmar’s work – a natural affinity for working with influence drawn on an international scale, from the breathless ghetto-house of his native Chicago to his synth-torn take on UK Funky. This EP’s indicative of just how interesting the bond between the underground club scenes on either side of the Atlantic is becoming.