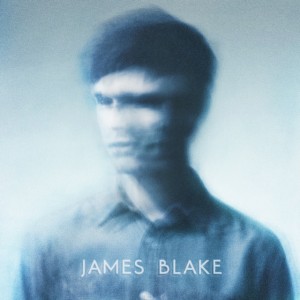 It’s a good thing James Blake wrote this album when he was still at university, because I’ll be surprised if there’s another time in his life where he seems under more pressure to make a great record.

Before continuing, maybe we should take a step back. James Blake is 22 or 23. He’s been releasing music for approximately a year and a half, the majority of which has been very good. His debut album has been promoted everywhere, from the front page of the Guardian Guide to posters on the London Underground, and this appears to have prompted a lot of music fans to either expect a masterpiece, or join an increasingly notable backlash. Both are unfair reactions.

One of the main reasons it’s unfair to expect some sort of grand statement, or masterpiece, is because since the start of 2010, James Blake’s music has been notably modest. You have to turn ‘Buzzard and Kestrel’ up to hear the track’s catchiest melody. His most triumphant dancefloor track in this period, and one of the few Blake songs with instantly intelligible lyrics, ‘CMYK’, speaks through Aaliyah and Kelis. And in keeping with that, James Blake the album is a modest first long-player. It’s full of sadness, with some genuinely incredible songwriting moments, but you need to concentrate to hear them. It’s unimposing.

And at times, its shyness can be its downfall. Far more crucial to this record than sub-bass or use of space (it’s funny how the latter has become a total buzz-phrase of late; you’d think the xx invented silence) is Blake’s knack for fantastic melodies, and understanding of where to take a song; I can’t think of a single way, for instance, that ‘The Wilhelm Scream’ could be structured better. Every note is spot-on. So it’s frustrating, if endearing, that as the record develops, Blake increasingly feels the need to break up some of its strongest melodies with glitches and pauses. It’s like constantly apologising for a great wedding speech – it’s not necessarily what you want to hear, but by its very nature it’s hard to condemn modesty.

Moreso than Blake’s singles to date, his album works best when you shut off. Shut off the noises of the outside world, shut off the part of your brain that picks up on the occasional lyric or track title that’s a little too bare, and shut off the fact you might well be sick of seeing his face everywhere – it’s not Blake’s fault that every other publication going decided to cover him last month, and it’s a true shame that none of them felt the need to cover much new ground, and explore where his music comes from in the same way that Louis Patterson’s Quietus review often does. It’s isolationist headphone music, at times serene, at times exposed, and unlike say, ‘CMYK’, I can’t think of many public situations where it would even seem appropriate.

There are moments where this album drifts, and if you’d have taken the six best tracks and made it an EP, then it would’ve been the best thing Blake’s released. But that’s almost missing the point – Blake would likely admit, given how long ago he wrote it, that it’s far from perfect. It’s a collection of songs, from just one period in the development of modern music’s most unique artists, and taken as another part of the slowly unravelling puzzle that is his discography, as opposed to The Grand Debut Album that so many want it to be, it’s pretty priceless. Like much of James Blake’s music, it’s too modest to demand your attention, but it more than warrants it.