Motion Sickness of Time Travel: Seeping Through the Veil… 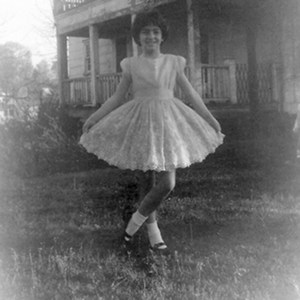 One thing we’re definitely not short on is wiggy synthesizer records coming out of North America. In the wake of Oneohtrix Point Never, the field of analogue drift music has never been so populous, or popular. New age neophytes are everywhere, namechecking JD Emmanuel and Harald Grosskopf; hell, I think cannabis might even be fashionable again. Not that I’m complaining: this glut is part of a larger flowering of new electronic music in the young American underground that can only be a good thing. From James Ferraro to Chasing Voices, Ensemble Economique to How To Dress Well, the States is quite clearly where the action is. This huge wave of circuit board creativity hasn’t come out of any dance scene or club culture, though it’s clearly influenced by several, but out of the noise and lo-fi psychedelia community, where the live takes precedence over the deejayed, the improvised is privileged over the programmed, and the anachronistic currency of choice tends to be the cassette album rather than the 12″ single. For the most part it’s a return to electronic music as trippy, expansive and large-format work, a kind of speculative sonic fiction.

Of course, any boom brings with it an unwanted cargo of glib, derivative and frankly fatiguing rubbish, making it increasingly hard to pinpoint and enjoy the significant works, and all too easy to miss ignore them completely. Take Motion Sickness of Time Travel’s Seeping Through The Veil of The Unconscious. First released in 2010 on cassette in an edition of 80 copies, the album didn’t trouble my radar until a few weeks ago, when Digitalis reissued it on vinyl. The last thing I felt I needed was another LP of droning kosmische ambient from an American artist I’d never heard of, and I could scarcely be bothered to investigate. It took a number of heartfelt recommendations from trusted sources – and no small amount of chance – before I did.

I don’t know much about Rachel Evans, the artists behind MSoTT. I gather that she’s from La Grange, Georgia, and that she records with her husband as Quiet Evenings as well as running the tape label Hooker Vision. The title of her new LP suggests a grandiose, overreaching work, and certainly Evans paints on a broad canvas. But at the same time her compositions are as dainty, light-footed and apparently unaffected as the curtsying pre-teen pictured on the LP’s sleeve.

‘Clairvoyance’ opens proceedings with drones that recall the eerie harmonium wash of Nico’s ‘Janitor of Lunacy’. Out of the fog twinkle elegant sequences somewhere between Tangerine Dream (or what we think of when we think of Tangerine Dream) and sacred organ music. The piece unfolds gradually, but with a great sense of purpose; its development intuitive without seeming impromptu. What nudges it, and much of the album, into the sublime, is the presence of Evans’ own voice, multi-tracked and arranged in gaseous choral layers. For the most part these vocals offer reassurance, but there are certain minor key kinks where, for a moment at least, you feel as though they’re tempting you towards your certain doom. Whereas so much synthesizer music can sound overly fusty and chaste, Motion Sickness of Time Travel brings a truly sensual quality to bear. ‘Telepathy’ is actually sexy, the sound of two minds – and bodies – melding before your very ears. Evans’ wordless phrasing is between pain and pleasure, a reverbed moan that could be registering spiritual attainment, or erotic bliss, or both. Set to a synth cycle of bassy, near-techno momentum, it’s like Chris & Cosey’s Songs of Love And Lust smashed on diazepam but not ruling out a tussle between the sheets.

At first ‘Magnetism’ seems like it’s going to burst into a disco chug, but no kick comes – it doesn’t need one, because Evans is remarkably adept at generating a sense of movement without recourse to percussion. Here, climbing chords make a play for the heavens but are tethered by a worldly sadness too strong to break from. Like Oneohtrix Point Never’s isolationist epics, Seeping acknowledges the limits of psychedelia. Sure, you can derange your senses and access alternate realities, it seems to say, but the weight of memory and mortality can not so easily be shed. These things keeps you prisoner, but they also keep you human, make you (just a little bit) more than a loose arrangement of particles in space.

The album isn’t without dead wood. ‘Auto Suggestion’ feels like a hollow reiteration of ideas already explored in earlier tracks, and the addition of birdsong and windchimes is particularly lazy shorthand (surely there are less cliched ways to connote rebirth and utopia?). More successful is the hard-edged closer ‘The Alchemical Dream’, which begins like an Isolee production before fetid field recordings and itchy rhythmic accenting summon the voodoo spirit of Jon Hassell’s ‘Adios Saturn’. It ends abruptly, unresolved; a fitting sign-off for an album ultimately as disconcerting as it is ravishing.