Radiohead: The King of Limbs 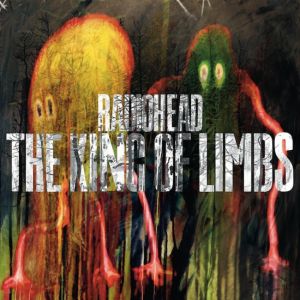 Sneaking it out like it’s the last of the Wikileaks, everyone’s favourite reluctant rock giants, Radiohead, have returned with their eighth studio album. The world, it turns out, kept spinning after the band allowed fans to pay what they wanted for the last record, 2007’s In Rainbows. Is Thom Yorke still a reasonable man who just wants us to get off his case? Or is he once more a creep and weirdo who doesn’t belong here?

Like a ‘previously on Lost’ prologue, opening track ‘Bloom’ plays out a compendium of Wot Radiohead Hav Dun in the decade since Kid A (2000), often at the same time. Initially threatening to actually hop on to a trend with its shimmery, shifty piano riff, scuttling percussion and now trademark booming bassline combining almost to form dubstep, Radiohead’s naturally geeky, panic attack-style of production prevents it from so safe a fate. It’s effectively a modern update to ‘Idioteque’’s endlessly satisfying, intentionally wrong, take on 2-step. Eager to make a good impression despite their standing as the kings of smart-boy British rock, everything is thrown into the mix: uncharacteristically heroic vocal melody and brass lines included.

Not every song is as successful, though. Not sure whether it’s more ‘Knives Out’ or ‘There There’, but the vaguely electronified indie identity crisis of ‘Little By Little’ has definitely been on a Radiohead album before. Its mix of clean guitar arpeggio and sequenced hi-hat (definitely a new detail for the band) is perfectly fine in its execution, but leaves a little to be desired in terms of ambition from this set of self-proclaimed forward thinkers. There are metronomic clanks and cool background noises, but they do little to distract from the idea that this song is slapping you in the eardrum with déjà vu.

Far more satisfying is ‘Feral’. Though not as vicious as its name might imply, it’s nevertheless a triumph of brevity, combining a truly relentless beat (there must be more drum than non-drum on this track, if that makes sense), electro spots, blotches and bass wave, and the charming Disembodied Thom, as debuted on Kid A. Brevity seems to be the mission statement here. It’s not as though Amnesiac (2001) or In Rainbows were especially long, each able to fit on a side of C-90 with room to spare, but 37 minutes must be a record for the band. It’s like a refreshing Bizarro World, where the album’s centrepiece is the nastiest, most disorienting song on the album: think the bottomless descent of ‘In Limbo’, but with that falling feeling replaced by being frozen in place and poked with electrified sticks.

The moments of brilliance on this record lead you to wonder what could have been. Had Kid A been the success it deserved to be, Radiohead would likely have been more inclined to keep treading their Reginald Perrin-inspired path of just doing what they want, when they want, and screw the accepted business plans. I refer not to the last album, In Rainbows being remembered more for its allegedly daring business model* than for its sparse, almost unfinished, sound. Back in 2000, it was all about rejecting the three year cycle, which would culminate in all too masculine, linear fashion with the ejaculation of Thee Big Rock Album. The music business was on its last legs, to be replaced by an altogether sleeker, more nimble operation. Shorter records, more often, devoid of the hype and anxiety, for band and fan alike. And no bloody singles! That’ll show Radio 1.

Two albums and a live mini-CD featuring some pretty intriguing reworkings saw the light over an exciting annum. Then it went eerily quiet. Three years after the Kid A experiment came Hail to the Thief (2003), with leading single, front-loaded sequencing, gimmicky packaging and apologetically regressive indie songsmithery suggesting nothing had changed. Next album was four years later, accompanied by hype and glitter. And now, four years on once more, is the next eagerly-awaited release. Suddenly that 37 minute running time seems a little at odds with its context. Not that we want long albums (maximalism has thankfully died with the compact disc); Radiohead just seem to want it both ways. By all means release playful, sub-40 minute records, but if you are going to play like it’s the creatively fecund ’60s and ’70s, it would make sense to release an album a year, like those bands did.

Fans who wait nearly half a decade for a rock album expect a grand statement. Yorke and co either cannot or will not make the grand statement, artistically at least. We were all told, after OK Computer (1997) was declared the greatest thing ever, that Thom Yorke was done with big rock and big singing. His desire for change was to be applauded, and the music his band was making just five years after The Bends (1995) was unrecognisable to that early indie rock – and miles better. But the band has been making a generally unevolving sound for over a decade, now, with no sense of introspection on show: was Yorke really about change and growth, or did he just not fancy the pressure of being that big rock star?

On the evidence of The King of Limbs, he seems happy to plough the same furrow he has done since he holed his band up in a mansion with the Warp back catalogue in 1999. Not sure Autechre would ask “good morning Mr. Magpie / How are we today?”, admittedly. Mr. Magpie’s song is one of the highlights of the record, combining some of the finest clipped dual guitar interplay since Fugazi began their hiatus with excellent atmospherics and some awesomely invasive episodes of soft-noise. ‘Lotus Flower’ and, especially, ‘Codex’ are fantastic examples of modern Radiohead. The former throws you off the scent with a trick intro that gives way into a piece that brings to mind ‘Treefingers’ finally sprouting, while the latter is as beautiful and honest a ballad as you’re likely to hear in 2011. Interestingly, the entire second half of the album is noticeably downtempo, even by Radiohead standards. No ‘Myxomatosis’ sting in the tail here, then.

The mix throughout is worthy of note. While In Rainbows was a sometimes successful experiment with releasing an album of live, relatively skeletal, pieces, The King of Limbs has the most satisfyingly full texture of any Radiohead album in ages. We keep returning to Kid A as it is a musical and philosophical touchstone in the band’s identity: one can’t help wonder how much more satisfying this record might sound if that one didn’t exist; but song-for-song, dynamically, imaginatively, this is inferior. On its own merits, this album is a good, occasionally great, piece of work, but the devil is in the details. It would be nice if the band could throw in the odd ‘Paranoid Android’-esque monster to surprise us, as we know they are both capable of it and able to make it work with their new aesthetic. And if it wouldn’t, perhaps another evolution could be in order. It’s been long enough, and four years is an age to wait for ‘occasionally great’; especially when charged upwards of £30 for the privilege. ‘If you think this is over, then you’re wrong’, Yorke softly intones in the closing ‘Separator’. Convince us it’s not, next time.

* It is easy to declare your record a ‘pay what you want’ affair when you have a six-figure core audience, who’ll lap up live shows at £40+ a pop; more so to unleash an idyllic box set of bostin discs, books and trinkets for a million quid… and then retreat by releasing a regular CD or vinyl offering for a normal price.