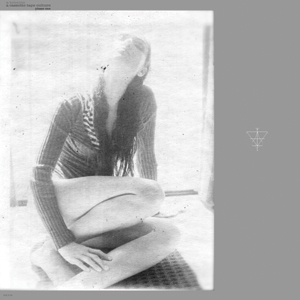 I wasn’t sure what to expect from aTelecine, the California-based duo of Pablo St. Francis and Sasha Grey (of hardcore pornography and latterly Hollywood and more ‘mainstream’ modelling fame). I certainly never imagined they’d be so… subtle.

A Cassette Tape Culture is aTelecine’s second full-length release, following ..And Six Dark Hours Pass on Dais Records, and their first on Pendu Sound, New York’s unabashed witch house ground zero and home also to the likes of Chelsea Wolfe and Mater Suspiria Vision. Grey has previously worked with Current 93 and it shows in aTelecine’s eerie, audaciously delicate sound. She and St Francis have created what is for the most part an ambient tapestry – looping, tweaking and re-arranging fragments of vocals, electronics and listless guitar strums into engrossing tone-poems which allude to the exploratory heyday of ’80s industrial.

However, this is no pastiche. Sure, with their fucked-up lullaby feel, ‘Find Nothing Else’ and ‘Elijah’s New Sun’ betray the influence of David Tibet, Andrew Liles and the neo-folk freaks, but ‘Chroeg Xen’ and ‘She Is Beautiful’ are burbling, near-bucolic synthesizer workouts that wouldn’t sound out of place on Ghost Box or mid ’90s Warp, while the sinewy ‘It’s All Write’ put me in mind of Animal Collective’s short-lived techno-not-techno project, Jane.

Things get a bit gnarlier with ‘A cassette played’, a pulsating, distortion-heavy groove in the vein of Suicide or Minimal Man, but the only real moment of knives-out confrontation on the album is the track that follows: ‘I Came I Sat I Departed’. It coule be a completely different band, so abrupt and significant is the change up: it’s a molten no wave guitar assault that sounds like Sonic Youth if they’d bother to evolve beyond 2003, drums like punitive EST blasts, vocal moans pitched uncomfortably between corporeal agony and ecstasy. To my mind, it’s a bona fide masterpiece, and is alone enough to justify tracking down one of A Cassette Tape’s Culture’s limited vinyl copies (currently changing hands for about £50 a pop).

he final third of the album inevitably feels a little limp after the perfectly modulated sonic violence of ‘I Came…’, and though ‘Auon (Live Version)’ satisfactorily channels Coil in its spooked glottal manipulations and drop-forge percussion, ‘Some What Daft’ delivers on the promise of its title, but little more.

A Cassette Tape Culture perhaps doesn’t have a great deal to offer those listeners who aren’t already steeped in the band’s influences, but as far as exciting underground sides go, it’s on the money. While Grey’s work in adult entertainment lends a certain frisson to the aTelecine project and ensures their music reaches an audience wider than it otherwise might, one really has to salute the poise, restraint and uncompromising nature of A Cassette Tape Culture. Grey ain’t no Traci Lords, thank God, and this album is a fine artistic achievement. Her current status as a counter-cultural icon would appear to be deserved.