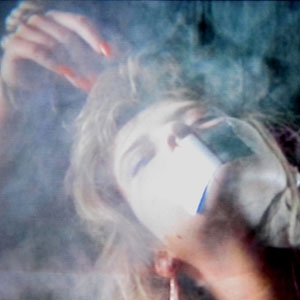 “You can’t say, ‘Umberto, he’s so original’, Originality is not a thing anymore.”

That’s Amanda Brown, co-creator of Not Not Fun, talking recently to Simon Reynolds in The Wire about one of her artists, the squarely Goblin-referencing/ripping Umberto. She’s right, you know. Originality is not a thing any more, or at least not right now; as Reynolds intuits, much of the interesting music coming out of the underground in 2011 is engaged in a frighteningly frank and untransforming dialogue with the past. It’s quite sad, but it’s…the case. Hell, Umberto isn’t even the only artist on NNF paying homage to horror soundtracks, oh no. Xander Harris (his name presumably a nod to the Buffy character – if merely coincidence then it’s just too perfect) has just debuted on the label with Urban Gothic.

I do wonder if it’s substantial enough to linger in my affections, but Urban Gothic is a hugely enjoyable record. I fully expected to hate it. I mean, there’s nothing more played-out than music that pays tribute to John Carpenter’s Assault On Precinct 13 and Halloween soundtracks, is there? Just look at the risible Zombie Zombie, who’ve made a career out of such witless and unbendingly specific homage. I guess the key difference between Harris’s work and the ZZ shit-show is that it has a naivety, and an amateurishness, that’s germane to the tradition it wishes to be part of. Urban Gothic isn’t trying to be be basic, it really is basic. As with Carpenter’s off-the-cuff 70s work, you actually feel like Harris is fumbling his way through electronic composition, delighting himself with what can be achieved with very limited means and training. There’s no tape hiss or lo-fi affectation to the recording, in fact it’s all rather crisp and bright, but the playing itself is wonderfully underbaked – Harris’s treats analogue synth sounds as robust blocks of primary colour, and the compositions he builds out of them have a childlike ingenuousness. It turns what could be a dry and pointless retread of already over-farmed tropes into a genuine adventure, with the listener riding incredulous but undeniably rapt shotgun.

‘Opening Credits’ teams tenebrous Streets of Rage arpeggios with seductively rising strings and a bucking kick-snap box rhythm, and announces early on that there’s an alchemical quality to Harris’s brand of pastiche. ‘Splatter In The Rain’ shimmies similarly through the grey area between 16-bit video game funk and Windy City house; ‘The House’ (in this case haunted, not acid, clearly) goes down a more obvious horror route, but the melody is exquisitely tense, with a phasing effect as chilling as a knickerless night out in Newcastle. ‘Hunting’ is a pleasing foray into outright electro, replete with stuttering, breaker-friendly drum fills, and ‘When The Hammer Starts To Swing’ would do any Halloween party mixtape proud, being a camp, jutting dancefloor jam liable to induce ‘Thriller’-style moves in all punch-drunk and game revellers. The bloodthirsty yet celebratory vibe reaches its apogee with ‘Fucking Eat Your Face’, a hands-in-the-air space-disco anthem; in fact, this track simply towers over the rest of the album (and I say this as a writer for whom the words “space-disco” are currently about as welcome as a knife in the chops). Plus it is called ‘Fucking Eat Your Face’, so you can really get behind it, unlike the polite Scandi nu-disco stuff that it’s undeniably reminiscent of. I-f and those guys in the Hague will go mad for it when they hear it, and rightly so.

If it wasn’t already obvious from the track titles, the brief spoken samples embedded between tracks – knowingly OTT, pitch-shifted news items about serial killers and whathaveyou – tell you that Harris’s sense of humour is intact, but thankfully the japes don’t detract from the actually rather oppressive atmosphere of gore ‘n semen seediness. ‘I Want More Than Just Blood’ flies high on its own current of preposterousness, a hi-NRG pounder made for the undead gay club, and ‘Dreams After Death’ evokes the full body orgasm that some like to believe accompanies the moment of one’s expiry (wouldn’t that be nice?). ‘End Credits’ takes us out on a whooshing post-coital high, blood-curdling screams worked into a utopian italo chug, all cushioned by candyfloss synth work. It’s a suitably pretty and life-affirming conclusion to an album which, despite revelling in the postlapsarian imagery of sex and ultraviolence, has a musical innocence that is rare, and very charming.